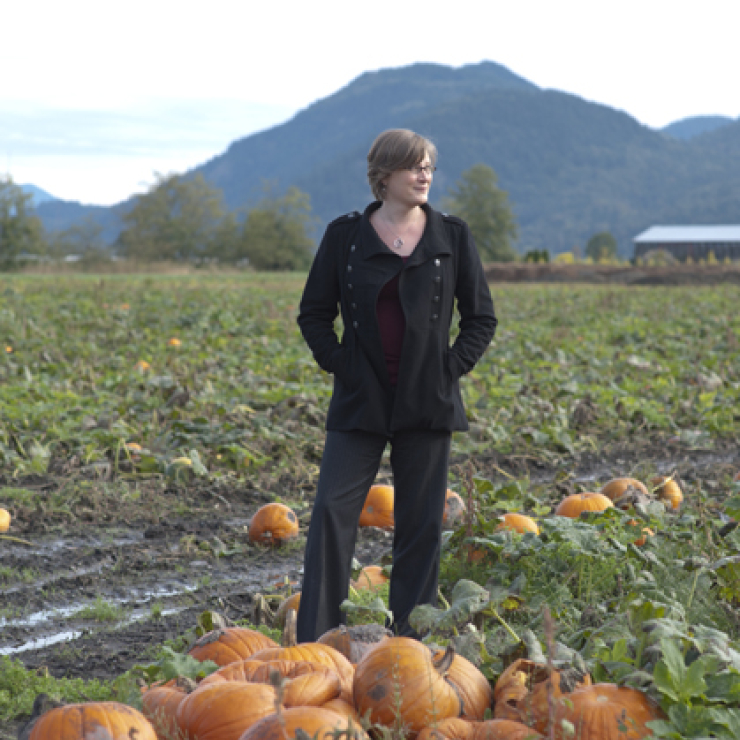 Lenore Newman holds a Canada Research Chair in Food Security and Environment at the University of the Fraser Valley, where she is currently an Associate Professor of Geography and the Environment. Lenore’s academic career as a culinary geographer has included fieldwork around the globe in the study of public markets, regional cuisines, farmland preservation, global food security, and the ecology of the world’s food system.

Lenore was born in Sechelt, a small town on the coast of British Columbia. As the child of a fishing family, Lenore received an early introduction to food production and direct sales aboard her family’s halibut boat, the Jaana. She grew up peddling fish on the dockside, eating in rough and tumble port town diners, and helping cook family recipes, all of which proved to be a gateway to a deep love of nature and a lifetime of thinking about food.

Lenore’s first book, Speaking in Cod Tongues: A Canadian Culinary Journey, was published by University of Regina Press in 2017. It has been reviewed in the National Post, the Toronto Star, and The Globe and Mail, and led to fifty print, radio, and television interviews, including on The Current, North by Northwest, CKNW, and Unreserved. Her second book, Lost Feast: Understanding Culinary Extinction, will be published in Fall 2019 by ECW Press.

As we plan for a rapidly warming climate, we must guard against the temptation to assume that in a cold country a warming climate might do a bit of good.
Opinion Race Against Climate Change
By Lenore Newman | Opinion | May 28th 2020

Over the last two months, our food system has faced unprecedented challenges. Almost overnight, the food service industry, which usually consumes one third of produced, shuttered. Not only is this likely to destroy tens of thousands of small businesses, the supply chains that fed these bars, restaurants and cafeterias have gone through wrenching shifts.
Opinion Coronavirus in Canada
By Evan Fraser & Lenore Newman | Opinion | May 7th 2020