Public service union helped save library's documents from the dumpster 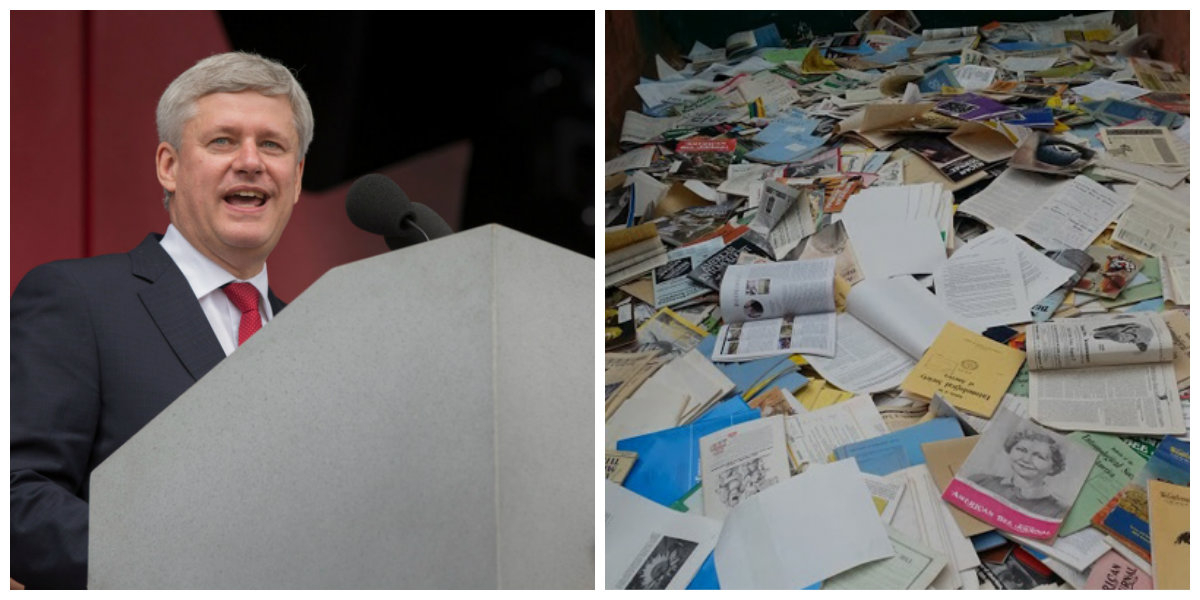 Journals and documents discarded in a dumpster after library closure. Photo courtesy of PIPSC
Next story

By exposing the trashing of reports, journals and other documents, Canada's public service union may have prevented even more from ending up in a landfill, Johanne Fillion, a spokesperson for the Professional Institute of Public Service (PIPSC), told National Observer this week.

After PIPSC issued a release in late August showing the holdings from a suddenly-closed federal government library tossed in a dumpster, Agriculture Canada has since boxed a large amount of material, Fillion said.

Staff at the Alberta-based Agriculture and Agri-Food Lethbridge Research Centre informed Fillion that boxes and boxes of books are sitting in the hallway of the centre, awaiting their fate.

The research documents and journals, discarded and otherwise, came from the library of the research centre, which the federal government shut down in late August. It's not known how much research material was discarded in the closure.

National Observer contacted Agriculture Canada for comment first thing Tuesday morning, but the department was not able to respond in time for publication.

Whistleblowers from the research centre contacted the union over the dumped library holdings, according to the Western Producer, an agricultural publication.

Muzzled from speaking out against the federal government, the researchers alerted the public through the PIPSC.

The library provided some 48 Agriculture scientists, 85 technicians and numerous visiting scholars access to decades of specialized agricultural and scientific information.

Some items were shipped to government facilities in Ottawa, but “most of the library’s contents” has been either discarded in a dumpster outside the building or sent to recycling, the PIPSC said in a release.

The loss will make access to relevant research more difficult for scientists working in areas as varied as the study of beef, soil chemistry and ecology, rangeland, wheat, canola, potatoes, beans, insect pests and greenhouse gases.

“The Harper government continues to target government science at every turn,” Debi Daviau, president of the PIPSC said in a release. “It is time Canadians understood the cumulative loss to federal science, in particular – of a government whose priorities are clearly out of step with both public scientists and the public interest.”

The National Farmer’s Union (NFU) issued a statement saying the closure of the Lethbridge Library was just the latest in a long line of government libraries, where collections were tossed into dumpsters, burned or went to landfills.

“You know destroying history is wrong. But that is what the Harper government is doing when they destroy these public institutions,” said Ian Robson, a NFU board member from Manitoba. “How much – if any – of the information was saved in an electronic format, as the government claims?”

Agriculture Canada’s spokespeople emailed statements to the media saying that traditional library services are changing with a global movement towards a greater use of electronic and digital resources.

The federal government department told the Lethbridge Herald on August 25th that the "Harper government is 'modernizing the delivery of library services' by making digital copies of what it considers important."

Agriculture Media Relations Officer James Watson told the Western Producer that researchers evaluated the library’s holdings, and items marked as irrelevant, as well as duplicates of items that were offered to employees to retain. Employees retained more than 1,000 items, Watson said.

Cheryl Meheden, the NDP candidate for Lethbridge, told the Lethbridge Herald: “I don’t know why the Harper government is so fearful of information and knowledge.”