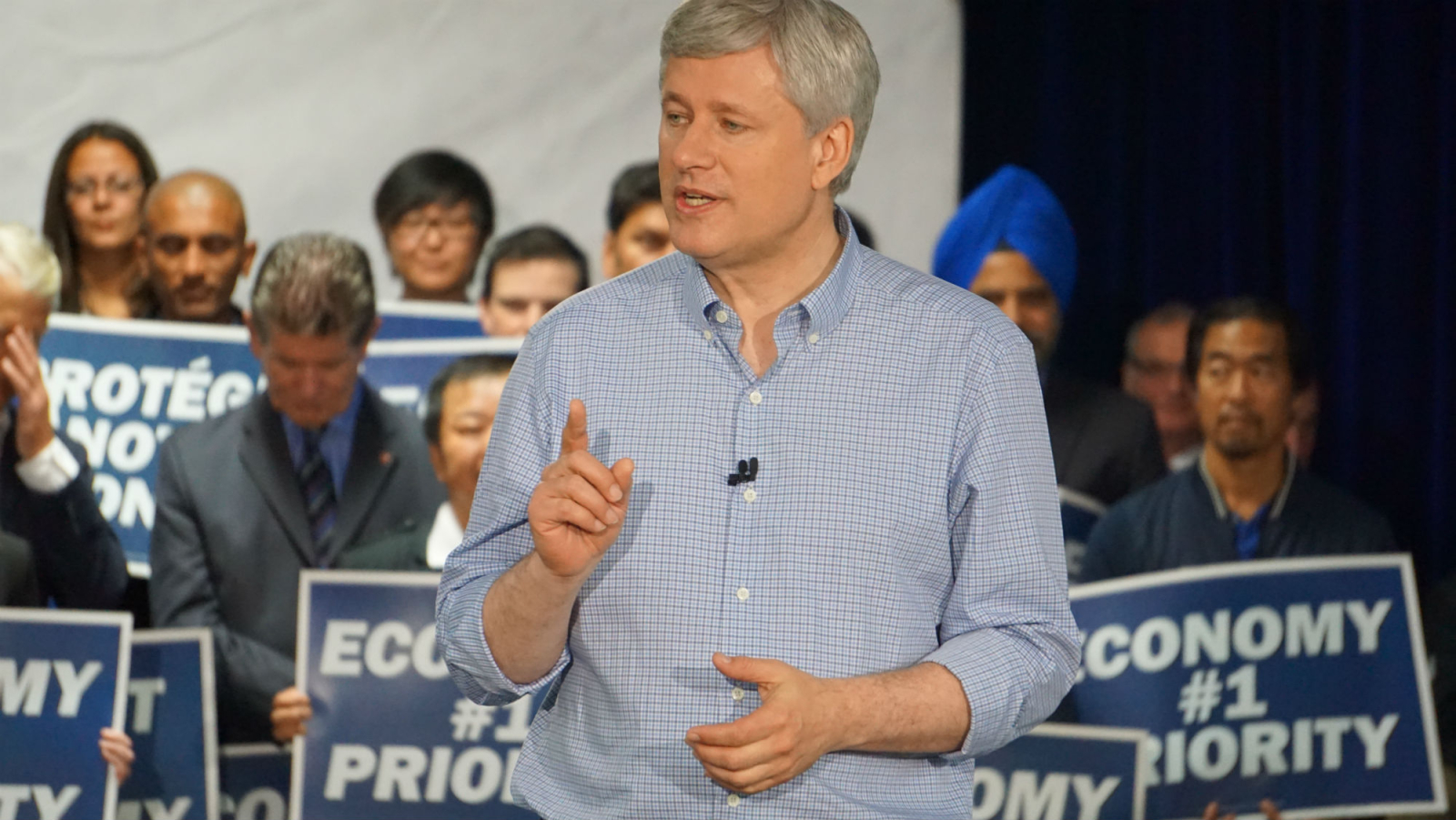 Prime Minister Stephen Harper speaks to a crowd of supporters in Vancouver, B.C. on Oct. 9, 2015. Photo by Elizabeth McSheffrey.
Previous story
Next story

Prime Minister Stephen Harper side-stepped questions from media on Friday about the persecution Muslim women in Canada have faced now that the niqab has become a campaign issue in the 2015 election.

At a public event in Vancouver, B.C., the Conservative leader was asked by a local reporter whether he has or would consider reaching out to Muslim-Canadians in a mosque to make it clear that "they’re not only welcome in Canada, but they have a right to feel safe and secure here.”

The journalist cited recent examples of attacks against Muslim women in Canada, which include an assault on a pregnant woman in Montreal, and an assault against a Muslim convert in a Toronto shopping mall.

Harper dodged the question by bringing his party's stance on crime:

“Look, I think our position on that issue is clear," he told Conservative supporters at a B.C. auto shop on Friday morning. "I’ve done that, but you know the fact of the matter is, our party is the only party that makes it very clear that we will not tolerate violence, violent crime, all kinds of repeat violent offences. In this government, we’ve brought forward tough laws to ensure people face tough penalties for that, and it is unacceptable under any circumstances.”

He did not address recent attacks against Muslim women since the beginning of the niqab debate, comments from many Muslim women who expressed the fear they now feel while walking alone on Canadian streets.

The prime minister has been widely criticized for bringing the face-covering cloth into the election as a cheap bid to gain votes through "race-baiting." Coupled with last week's proposed 'barbaric cultural practices' hotline, some critics — including 500 academics who issued an open letter to the prime minister — argue he is inciting racism throughout Canada to get ahead in the polls.