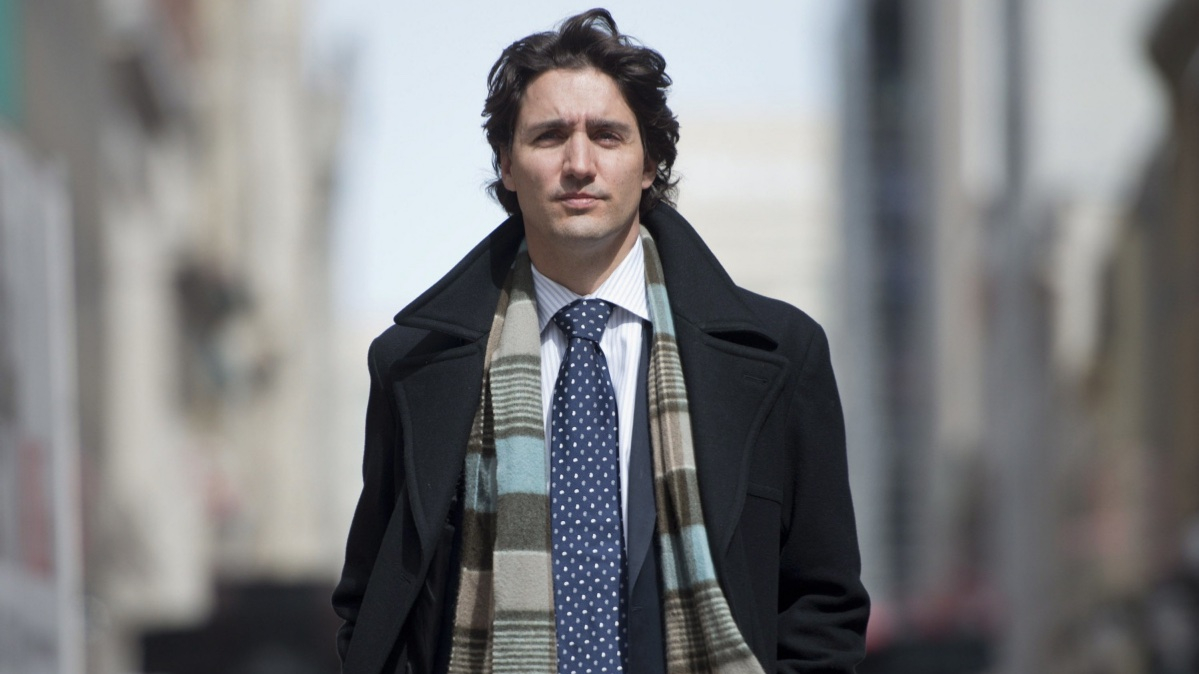 Pollster Quito Maggi believes that the Liberals are on track to stage an ‘October Surprise’ and form a majority government next week, making Justin Trudeau the federal election’s ultimate comeback kid.

Such a result would be a total shock for many, but Maggi said the real reason was simple: Trudeau stuck to his core progressive messages that appealed to the roughly 70 per cent of Canadians wanting to change their government.

Thomas Mulcair’s NDP, meanwhile, made a potentially lethal error by tacking to the right in a bid to woo centrist voters, only to watch his support fall out from under him as his party crashed from front-runner to third place.

Maggi is CEO of the Mainstreet Public Research, which predicted the NDP's "orange crush" in Alberta earlier this year.

“It’s just a matter of how big the momentum is for the next few days, said Maggi. "It could end up in a landslide relative to what we’ve seen for the majority of this campaign, which was a three-way deadlock."

According to Mainstreet’s own polling data from Oct. 9, the Liberals are surging in their old Ontario heartlands at 44 per cent to the Tories 37 per cent, while the NDP lags far behind at just 14 per cent. More worryingly for the Conservatives, Trudeau's party is surging in Toronto's suburban 905 ridings, as the NDP collapse has handed the anti-Harper vote straight to the Grits and is no longer split.

Mainstreet’s figures were published online nearly a week ago, but Trudeau is still enjoying a strong tailwind of support, both nationally and in individual ridings—unlike in past elections where local poll results often differed from national figures.

As of Oct. 13, CBC’s Poll Tracker placed the Liberals at 35.1 per cent support, well ahead of both the Conservatives’ 31 per cent and the NDP’s 23.3 per cent ratings. This will be enough for Justin Trudeau to form a minority government with 136 seats, still short of the 170 needed for a majority. These figures are broadly similar to the latest Nanos poll published Oct. 14, which ranks the Grits at 36.1 per cent, well ahead of the Tories at 29.2 and NDP at 24.5 per cent.

“If things continue moving in the direction that they’ve been going, the eventual outcome is a Liberal majority. It still has to move a few more points,” said Maggi.

Maggi said one of the underlying factors behind the NDP's reversal in fortunes is not only Mulcair's attempt to woo centrist voters, but also his lacklustre performance at the first leaders' debate on Aug. 6.

According to Maggi, Canadians expected Mulcair to deliver a stellar performance by unleashing knockout blows against both Prime Minister Stephen Harper and Justin Trudeau, as befitting a man who two months ago was widely tipped as Canada’s next prime minister.

But Aug. 6 was really the day when Trudeau launched his comeback, his scrappy debating style taking Mulcair, Harper, and Elizabeth May by surprise as party leaders traded barbs on everything from environmental policy to income inequality.

Ironically, Maggi suggested, it was the Tories who likely ended up helping Trudeau lay the groundwork for his political comeback. As a result of their constant barrage of attack ads from late 2014 that cast the youthful Grit leader as "just not ready," Canadians had relatively low expectations of him before the leaders' debate.

This meant that it was relatively easy for Trudeau to out-perform his rivals as he was starting out from a much lower baseline than Mulcair.

Trudeau performed consistently in all subsequent leaders' debates: coming off as passionate on occasion and contrasting with his rivals' more neutral styles, sticking to an upbeat script of strengthening the middle class, taxing the one per cent, building Canada’s infrastructure, improving Canada’s battered environmental record, and rolling out the welcome mat to immigrants and new Canadians.

“He held his own,” said Maggi. “He really sent the message of ‘I’m ready’ and really that set the tone for the rest of the campaign.”

But even if Harper successfully managed to crush a resurgent Trudeau, it would only mean that most of the 70 per cent or so of Canadians desiring a change in government would have parked their votes with Mulcair’s NDP.

Indeed, it was this scenario that played out until Aug. 24, when the NDP reached their peak support level of 37.4 per cent, according to the CBC Poll Tracker. This left the Grits stuck in third place, occasionally trading slots with the Tories.

After Aug. 24, NDP support steadily slumped as the party pitched to centrist voters, the three main parties entering a period of political deadlock over the next month, each tied at roughly 30 per cent support.

During this period Trudeau made a gamble: promising to run three small deficits to help pay for infrastructure investments – to an electorate primed by Harper to fear spending and high taxes. It was a fear that Mulcair also pitched to by promising balanced budgets, promoting the NDP as a responsible alternative to the Tories, at the expense of the 70 per cent of voters wanting change.

"Being the same is not change," said Maggi.

According to Maggi, up to 90 per cent of voters favour balanced budgets – except when it comes to spending on vital infrastructure – which they often view as needed long-term investments that pay off over several decades. It also paid off for Trudeau, who won his gamble.

“Maybe that’s the piece the NDP were lacking when they tried to place themselves,” said Maggi.

According to Maggi, left-wing voters in Ontario, Alberta, and B.C. who supported their provincial NDP branches abandoned the federal party as it pitched right, as the Liberals wooed them over with its resurgent progressive messaging.

"By taking that vote for granted and tacking right and trying to outflank Trudeau on those economic issues, they lost their base on the left and by the time Mulcair and the NDP realized that and tacked back left it was too late," said Maggi.

By late September, NDP support plunged into a death spiral, owing in part to the row over wearing of niqabs at citizenship ceremonies, from which the Conservatives managed to gain a short-lived bump in the polls. Much of this movement came in Quebec, where voters in an NDP bastion briefly flirted with the idea of voting Tory.

The niqab row — which appeared to instigate a number of hate crimes against Muslims – soon fizzled, and Trudeau once more stood to gain as both NDP and Conservative support took a hit.

While the 70 per cent of Canadian voters wanting change are now flocking en masse to the Liberal tent – and may yet prove to be Stephen Harper’s worst nightmare on Oct. 19 – the Conservatives still retain their core support base of roughly 30 per cent, a chunk of the electorate that Maggi said would likely remain loyal to the Tories.