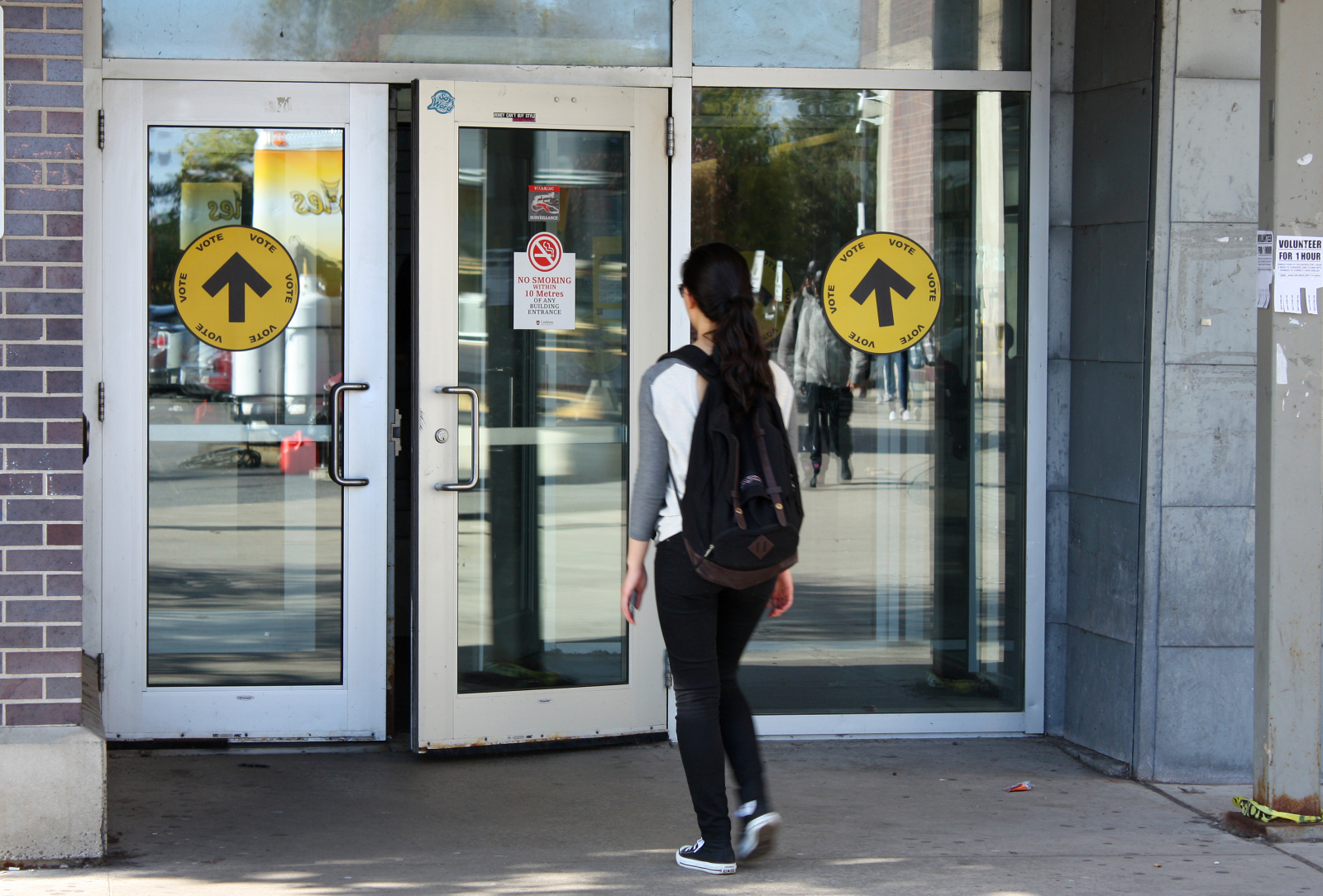 The spectre of voter suppression is already being alleged in the 2015 federal election, with observers reporting that B.C. voters are being misdirected or denied the ability to vote by Elections Canada advance polling stations that are apparently unprepared for the record turnouts.

In Merritt, B.C., some 100 people were reportedly turned away from a polling station on Monday, after they were told it ran out of ballots. Many were Indigenous voters from the Lower Nicola Indian Band.

“Obviously people were angry,” said Harry Lalli, a former B.C. politician in Merritt now volunteering for the federal NDP, on Wednesday. "Folks at Elections Canada are also frustrated that they were not provided enough staff and resources."

Likewise, in Revelstoke, B.C., the NDP are claiming the local returning officer rather unconventionally photocopied ballots in order to make up for missing ballots.

And in Invermere B.C., voters who were mailed Elections Canada cards found out the indicated polling stations were the wrong ones —causing many people to give up in frustration.

“A lot of people were annoyed, but nobody really got out of hand. It’s pretty unbelievable. I can’t even come up with word a to describe it.”

Could all the mixups just be hiccups in one of the most exciting elections in generations? Voter turnout is already 71 per cent higher than the last federal election.

Lalli hopes the difficulties are not intentional, but are reminders of past Tory election shenanigans, he said.

Following the 2011 election, Conservatives were investigated by Elections Canada and the RCMP for the so-called “robocall" scandal. Many Liberal supporters in tight federal races across Canada complained of getting nuisance calls —often early in the morning or late at night —that they believed were designed to redirect them to the wrong polling stations.

The calls were eventually traced back to an Edmonton voice-broadcast company that did business for the Conservatives. But in 2014, an Elections Canada investigation concluded there was not sufficient evidence to lay charges —people’s memories were too unreliable so many months after the incidents, said the report.

That same year, and under pressure to clean up elections, the Harper government introduced the Fair Elections Act in 2014, which ironically makes it even harder to vote. Electors are now required to attend to only one designated polling station, and prove their residency with government I.D..

The use of vouching —where one voter with I.D. can vouch for the residency of another —was also eliminated. An estimated 120,000 Canadians used vouching in 2011, reported the Toronto Star.

Critics say the Harper reforms were an attempt to suppress marginalized and First Nations voters, who often don’t support Conservatives.

"The theory is, and this is taken from the Republican playbook in the U.S…. they make it difficult to vote for minorities, lower income, and younger people.” said Peter Julian, NDP New Westminster—Burnaby MP, on Tuesday.

“Mr. Harper’s been inspired by those very real attempts to diminish democracy in the U.S. by doing the same thing here."

“But I need to stress —I don’t think it’s working. I think people are prepared to wait longer, and do what it takes, because they understand that this is a very conscious effort to lower the number of Canadians voting, particularly minority, low-income and youth voters,” said Julian.

The Conservative party did not respond to a request for comment.

Both Liberals and NDP are proposing new legislation to restore powers for Elections Canada to investigate and crack down on electoral fraud.

“If elected, a Liberal government will also work to restore the integrity of our elections through three key measures: by strengthening the Canada Elections Act, cracking down on election fraud, and supporting Indigenous voices across the country,” said Liberal candidate for Ottawa Centre, Catherine McKenna in a press release.

“To try and deny a voter their democratic right to cast a ballot is among the most arrogant and shameful acts in politics."

Conservatives have committed electoral fraud in the past. In the so-called "in/out scandal" of 2006, Conservatives pled guilty to exceeding spending limits and submitting fraudulent election records. They were force to repay $230,198.

And in the 2008 federal election, campaign spending violations eventually put Conservative MP Dean Del Mastro in jail. News photographs infamously showed him in handcuffs after he was found guilty in June of violating the Elections Canada Act.

Before you vote, watch this documentary about voter suppression in Canada