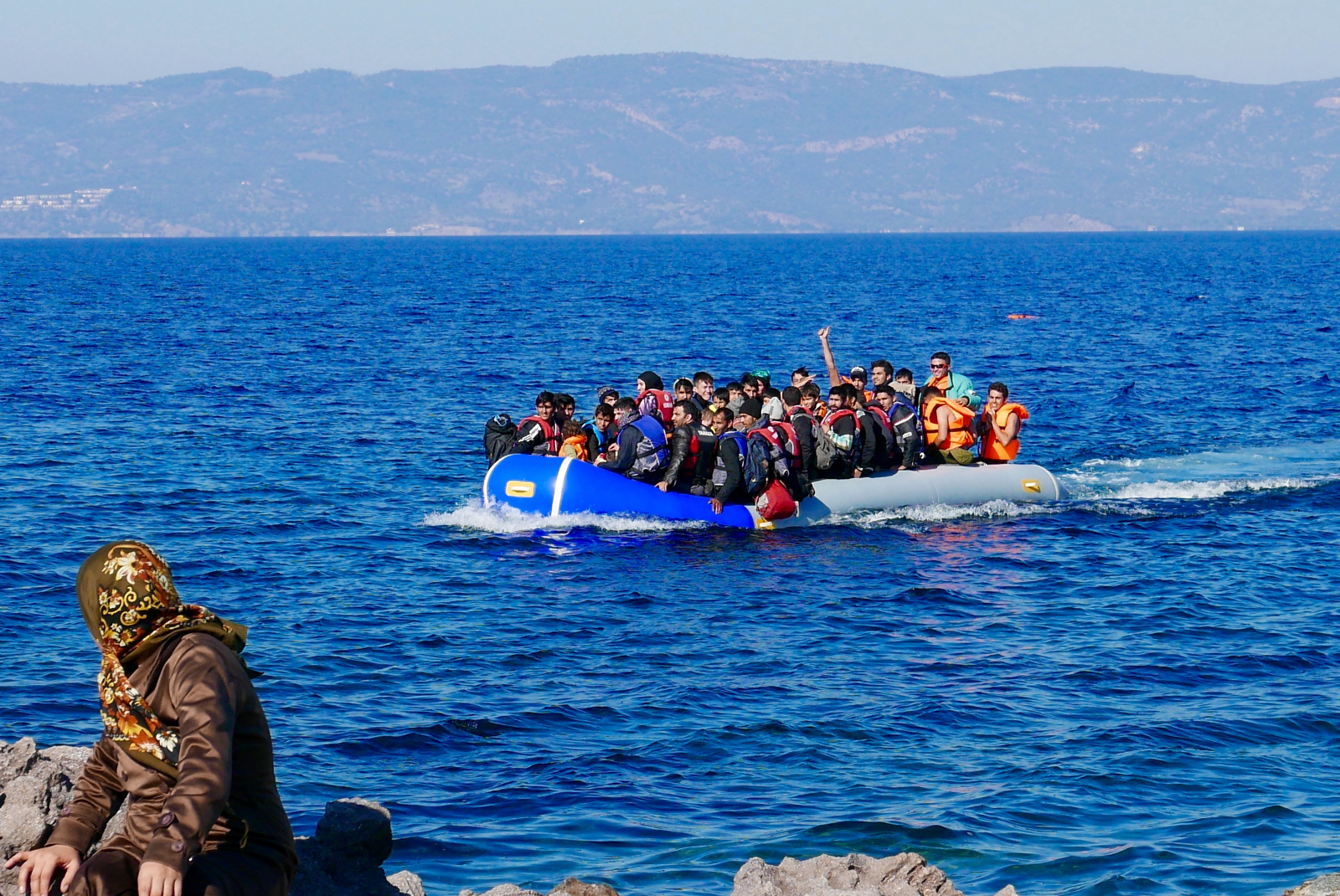 “We are here because we are also of afraid of these people,” a Syrian woman says as she looks at me with fear and desperation. “You must believe us. Daesh (Islamic State) is our enemy as well.”

I am speaking with the woman in a makeshift refugee camp on the Greek island of Lesbos, the first point of landfall for many refugees undertaking the harrowing Aegean Sea crossing. Only an hour ago, she had literally stepped off a precarious raft and into Europe.

The news of the Paris attacks is fresh on everyone’s minds.

In the hours following the massacre in Paris, information emerged that one of the attackers allegedly came through Greece via the nearby island of Leros, passing as a refugee claimant, just as many had feared would happen.

For some, such news provides confirmation that an extremist fifth column—Islamic State or otherwise—is entering Europe amidst the exodus of people from Syria, Iraq, Afghanistan, and beyond.

The events in Paris hold massive game-changing potential for the current crucible that is the European refugee crisis.

The court of public opinion in Europe—and by extension in North America—has remained in a tense deadlock between those supporting the provision of asylum and shelter, and those who believe the arrivals should be pushed back.

The attacks threaten to shift that balance of opinion against the would-be refugees, and the implications are enormous. Not only have refugees fled violence and persecution, but in the process of fleeing, the vast majority have lost everything. A forced return would be nothing short of catastrophic—and in many cases, deadly.

Even before Paris, the refugees were clearly vulnerable and visibly desperate. Now, in the aftermath, this has transformed into outright fear.

The rhetoric emerging out of France and the rest of the West—standing in ‘solidarity’ with France—clearly draws lines in the sand. To paraphrase the words of France President François Hollande, war has been declared.

He has promised to be “merciless,” whatever that exactly means.

Such positions never bode well for the liminal stateless. As they themselves no doubt suspect, the refugees are now likely bound for yet another inhospitable destination.

The question should nevertheless remain: how does a decent society respond to this current tragic mess? Not only in terms of the response to extremism, but also to how we respond to the the millions of dispossessed emptying out of Central Asia and the Middle East and arriving on the Europe’s doorstep, looking for a new home and future. In the long term, the latter may figure more importantly, for both the refugees and the West alike.

At this juncture, there are no simple answers. But we can take stock.

Death in Paris. Death in Beirut. Ongoing civilian casualties in the carnage that continues in Iraq, Syria, Afghanistan, Pakistan, and so on. A horrible but virtually mundane reality for many in the region.

We should remind ourselves that Muslim people worldwide are by far the most targeted victims of extremist attacks: recall the 2014 Peshawar school attack in Pakistan—to name one of many examples— which killed 141 people, including 132 schoolchildren.

It is also of course worth remembering that the West is in no small part complicit in, and responsible for, the current tragedies.

We helped create the Mujahideen, the forebearers of today’s Taliban. We support and arm Saudi Arabia, which in turn builds madrassas (Islamic religious schools) that promote Wahhabism— a rigid, fundamentalist version of Islam that nurtures extremism around the world, from Africa to the Middle East to Southeast Asia. Wahhabi madrassas provide the ideological foundations for recruits to organizations like Al Qaeda and IS.

Then there is the little matter of our own direct involvement in the region. American, British, French—and yes, Canadian—forces, among others, have been on the ground and launched endless air and drone attacks in the Middle East, which have resulted in thousands of dead civilians.

While it may not be clear exactly how to move forward, if an effective, secure, and just pathway out of the morass is to be found at some point, we need to ensure that our actions do not continue to make the current situation worse.

The discussion needs to start at that seemingly obvious assumption.

As citizens, we must press our governments not to respond in reaction, but instead to look to our own role—and to the oft-maligned root causes—in order to begin crafting a solution for the long term.

We as a society also desperately need a return to basic ethical principles. As McGill Political Science professor Rex Brynen wrote on a recent blog:

“The broader question, however, is whether fear of a few evil men (or women) will lead us to sacrifice our basic moral commitment to fellow human beings fleeing war, oppression, and deprivation. I, for one, am not prepared to grant [IS] a veto over refugee policy or humanitarian obligations.”

Back at the refugee camp, the woman I have met is joined by her husband and their daughter, who smiles brightly at me. She appears to have cerebral palsy and cannot walk. For them, the sea crossing must have been especially harrowing.

The man holds her in his arms and strokes her hair gently. His face too is troubled and he does not make eye contact. The woman looks at me again. She is weeping.

“We are friends,” she says, finally. “Humanity.”