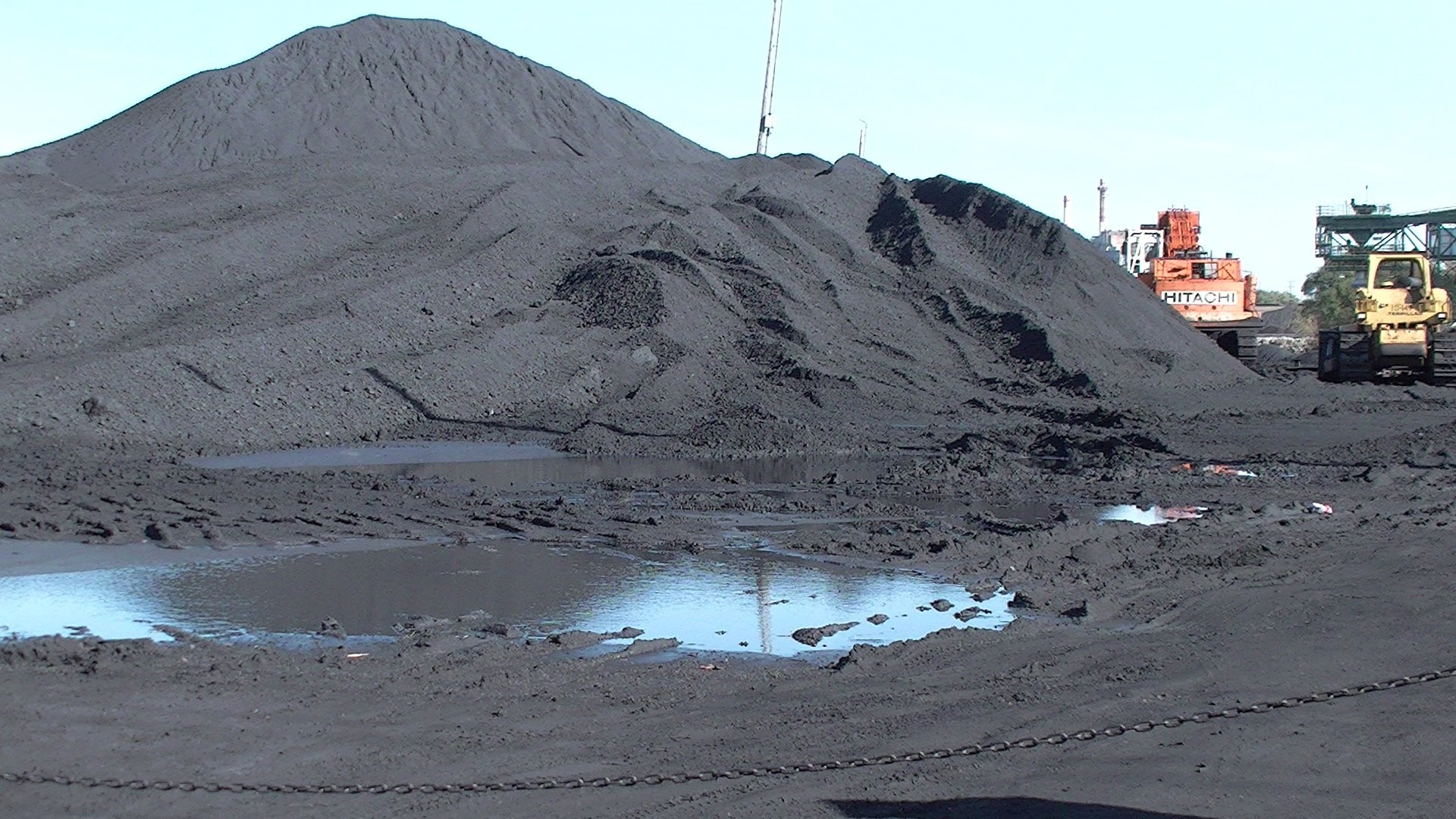 Dust blown away from stockpiles left over after oil sands upgrading is very likely a key source of a cancer-linked pollutant commonly found in the northern Alberta region, concludes a new peer-reviewed study.

The study, published in January in the Environmental Science and Technology journal, is one of the first to pinpoint the source of significant amounts of cancer-linked polycyclic aromatic hydrocarbons (PAHs) in the oil sands region.

The research team, led by scientists from the University of Alberta, concluded that several companies using a process known as “delayed coking” in the oil sands were leaving the stockpiles of petroleum coke, which in turn was spreading PAHs in the region. The revelations could help industry and its regulators address a major health risk, without impacting production, said one of the study’s authors.

“My hope is that it wouldn’t be too difficult to get these piles out of the wind... buried might be the best place for this material,” said Jonathan Martin, a professor from the University of Alberta’s faculty of medicine, in an interview. “Now that we at least know that petcoke is an important source. I at least have a lot of optimism that something can be done about it.”

Petroleum coke, also known as petcoke, is a residual material left over from upgrading or refining of oil sands bitumen - the heavy oil found in large quantities in Northern Alberta — as well as other forms of crude petroleum. PAHs are a byproduct of combustion.

“Petcoke dust has not previously been considered in environmental impact assessments of oil sands upgrading, but improved dust control from growing stockpiles may mitigate future risks,” said the study.

Local Indigenous communities living around oil sands development sites have been warning for years that industrial production has been poisoning their land and ecosystems, threatening their health and way of life.

The industry has disputed whether there is conclusive evidence linking their operations to human health problems, while the former Harper government once gave its environmental scientists a scripted message that instructed the public servants, if approached by journalists, to compare the level of PAHs in the oil sands region to those found in barbecue meat.

But Martin said the new findings could rapidly turn into a good news story for the environment and industry, since the problem could be resolved — without disrupting production — with new regulations to improve the management of petcoke stockpiles.

Petcoke stockpiles have caused controversy in the past for the oil sands industry. It was forced to defend itself following a New York Times report from 2013 about a large mound of the "Canadian oil waste" in Detroit, Michigan.

But Canada's main oil and gas industry lobby group questioned whether there was a need for stricter regulations, arguing that existing PAH levels in the oil sands region are still within health targets that would be considered safe.

“I think the industry already does enough to exceed the existing requirements,” Terry Abel, the director of oil sands at the Canadian Association of Petroleum Producers, told National Observer.

The association also said it faces restrictions in handling the stockpiles since regulations require them to store the petcoke for future energy use.

While Abel argued that there was still some uncertainty about all of the sources of the PAHs found in the region, Martin noted that the study made it clear that the observed pollution in peat moss matched the chemical fingerprint of the stockpiles of petcoke. He also said an analysis of the snow showed the same thing.

Overall, he said the research revealed that about 90 per cent of the cancer-linked PAHs were coming from pet coke at the sites they analyzed, closest to oil sands mines, Martin said.

“You can see the petcoke,” said Martin. “There are large particles of it and (you can see) more of those particles, the closer you get to the stockpiles of petcoke.”

By Bruce Cheadle | News, Energy | May 4th 2016
Reports from the Race to a Safer World