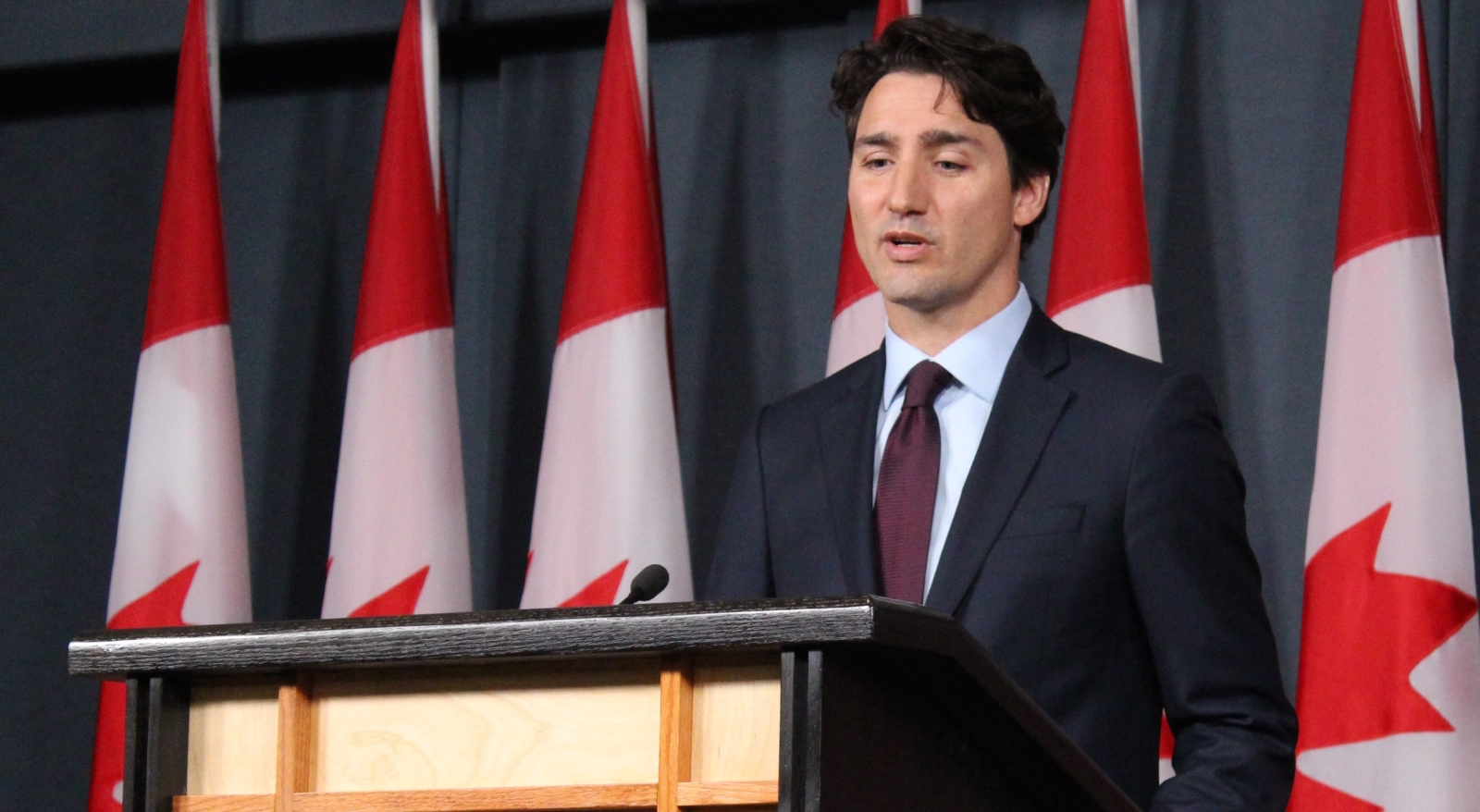 Green Party Leader Elizabeth May speaks to reporters in Ottawa on May 4, 2016. Photo by Mike De Souza
Previous story
Next story

Prime Minister Justin Trudeau criticized Elizabeth May on Wednesday for suggesting that the Fort McMurray fires should be linked to global warming.

Responding to comments made earlier, Trudeau said May's suggestion that the disaster was "very related to the global climate crisis" was neither helpful, nor accurate. But he agreed with part of May's message.

"It’s well known that one of the consequences of climate change will be a greater prevalence of extreme weather events around the planet," Trudeau told reporters at a news conference.

"However, any time we try to make a political argument on one particular disaster, I think it’s a bit of shortcut that can sometimes not have the desired outcome. There have always been fires. There have always been floods. Pointing at any one incident and saying: ‘This is because of that,’ is neither helpful, nor entirely accurate. We need to separate a pattern over time from any one event. What we are focused on right now on is giving the people of Fort McMurray and the rest of Alberta the kind of support that they need right now and in the months and indeed the years to come.”

May had told reporters that the devastating destruction caused by the wildfires in Fort McMurray was a sign of worse things to come if the planet doesn’t scale back its consumption of fossil fuels.

Prompted by questions from reporters at a separate news conference, May said that scientists cannot link specific events to climate change. But she noted that the disaster was following a pattern.

“The fact that the forest fire season has arrived so early in northern Alberta is very likely a climate event - very likely related to extreme high temperatures and very low humidity, very low precipitation and it is, as we saw in the quote from one of the firefighters - it’s a firestorm,” she said. “It jumped a highway, it jumped a river. It’s a devastating tragedy right now and I think our focus is always on the right now: to think for the firefighters, for first responders, for people who are losing their homes. It’s a disaster. But it’s a disaster that is very related to the global climate crisis.”

May's comments drew a vicious backlash after they were reported on social media websites from critics who accused her of exploiting the tragedy to advance a political agenda.

At separate news conferences, Elizabeth May and Justin Trudeau speak about whether the 2016 Fort McMurray forest fires are linked to climate change. Video by Mike De Souza.

Climate change scientists have predicted that the planet will continue to experience an increase in extreme weather events because of a rising concentration of greenhouse gases in the atmosphere from the burning of fossil fuels.

May later issued a statement to clarify her position.

“The devastating wildfires in Fort McMurray that continue to rage today are heartbreaking. My thoughts and prayers are with the people of Fort McMurray, those who have lost homes and businesses, and first responders who continue to fight to extinguish the blaze," she said in the statement.

“Some reports have suggested that the wildfires are directly caused by climate change. No credible climate scientist would make this claim, and neither do I make this claim. Rather, we must turn our minds in the coming days to the impact of increased extreme climate events, and what we can do collectively to respond to these events."

The Trudeau government was also advised when it was sworn in last November that wildfires were getting worse. The bureaucrats at Natural Resources Canada told their new minister, Jim Carr, that governments across the country hadn't provided enough funding to help communities prepare for the worst.

But Carr was told that governments didn't invest enough money to support that strategy in the last decade.

“Governments remain supportive of the Strategy, but progress towards implementation over the past decade has been limited, primarily due to fiscal constraints,” said briefing notes, prepared for Carr.

“The frequency and severity of wild land fires have been trending upwards in the past few decades and summer 2015 was particularly severe. As a result, there have been calls from the public, communities and provinces for increased federal involvement in wildfire management.”

David Schindler, a University of Alberta scientist who studies the ecology of inland bodies of water, said there have been increasingly favourable conditions for forest fires in recent years. He noted that climate scientists have been predicting the increase in forest fires for at least a decade.

"What's extraordinary up there is humidity has been very low and temperature very high," Schindler said in an interview with National Observer. "Those are all ingredients for fire weather formulas."

But he said that it would be hard for anyone to prevent an event like this one.

"My analogy with climate warming is like athletes on steroids," Schindler said. "You can't predict world records or who's going to set them, but you can predict there's going to be a higher probability of that happening."

May said she had also spoken to federal Public Safety Minister Ralph Goodale about improving Canada’s adaptation efforts to the changing climate.

“I’ve spoken with him about the fact as we are in a situation,” May said. “It’s clear that we are not yet in a new normal, but we’ve lost our old climate. We don't know where we will be having an equilibrium in the environment. We don't know when the atmospheric changes will settle out. Everything depends on transitioning away from fossil fuels as quickly as possible. If we are to survive on this planet and if we are to have a functioning civilization. We really must meet the targets in the Paris (climate) Accord which include striving to avoid 1.5 degrees Celsius global average temperature increase.”

This story was updated at 5 p.m. EST

By Bruce Cheadle | News, Energy | May 4th 2016
Reports from the Race to a Safer World

By Charles Mandel | News, Energy | May 4th 2016
Reports from the Race to a Safer World

By Valentina Ruiz Leotaud | News, Energy | May 3rd 2016
Reports from the Race to a Safer World