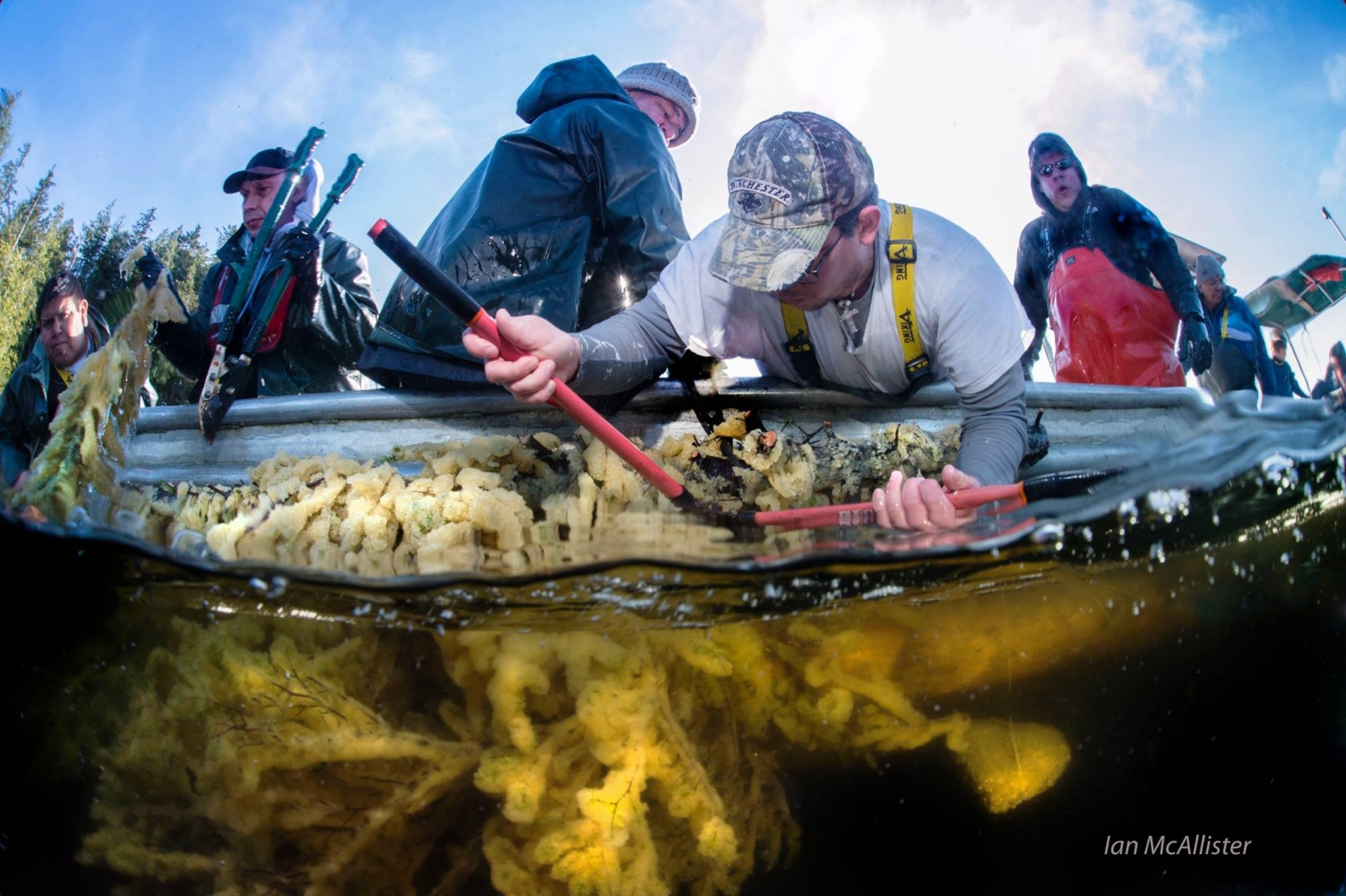 Ian McAllister is hoping this year’s herring fishery doesn’t result in another confrontation.

McAllister and a team of observers, divers, researchers and filmmakers are headed to the herring grounds off the central coast of British Columbia in the Great Bear Sea where the fishery is set to open in the next couple of days.

“A lot of eyes are looking at what’s going to happen with this herring season over the next week or two and there’s hope that with success this could be a new model for fisheries management,” said McAllister, executive director for Pacific Wild.

McAllister spoke to National Observer shortly before leaving for the Great Bear Sea on Wednesday morning.

If this year’s herring season does prove to be a new model, it would be in stark contrast to last year’s tumultuous fishery, during which Heiltsuk First Nations members occupied Department of Fisheries and Oceans (DFO) offices in protest over industrial fishing.

At stake is a traditional fishery that has nourished the region’s First Nations for more than 6,000 years.

But that fishery is now a shadow of what it once was, decimated from industrial seine and gill-net fishing.

The small, iridescent fish deposit up to 40,000 clear eggs at a time on marine vegetation. Herring are harvested both for their flesh and for the eggs or roe. The latter commands high prices in Asia, where it is considered a delicacy.

The First Nations practice the traditional technique of placing kelp fronds on the water. When the herring pass by the fronds, they lay their eggs.

The industrial fishery scoops up tons of herring in nets, extracts the eggs and uses the remainder of the fish for garden fertilizer, bait or fish meal, McAllister said.

“This is the source of the conflict.”

That, and the fact that in 2014 and 2015 the Harper government announced the reopening of the fishery despite strong opposition from the Heiltsuk Nation.

It was anguish over what they regarded as poor fisheries management that led the Heiltsuk to last year’s emotional confrontation with DFO staff. But after pleading with Ottawa for years to halt the fishery, the conflict brought the Heiltsuk and the DFO together to develop a management plan for the 2016 fishery.

The new plan calls for a lower harvest rate from 10 per cent to seven per cent to allow more recovery time for the fish stocks. It also closes several sac roe fishery areas in order to aid in recovery of those stocks.

As well, the agreement provides for a Heiltsuk observer on DFO boats during the herring fishery.

Kelly Brown, Heiltsuk Integrated Resource Management Department Director, hailed the agreement at the time for its commitment to making future decisions based on Heiltsuk knowledge and sound science. McAllister and other observers are now headed to the herring grounds to see if the agreement is “real” and if the DFO is going to keep its side of the bargain.

As it is, the agreement only marks the beginning of a sustainable fishery. McAllister said the fishery is at a “fragment of its historical levels” and will take years to rebuild.

“But reducing the industrial kill fishery to the point of where it is now is the first step. It should have been done years and years ago.”

McAllister is also continuing work on a documentary about the fishery with Vancouver filmmaker, Damien Gillis. He calls it the extremely rich story of a remote First Nations band that has been battling the Canadian government over an unsustainable fishery for years.

As McAllister prepared to head out to the Great Bear Sea, he said that if the DFO upholds its commitments over the season, the herring fishery could become the model for the way fisheries are managed in the future.

“It’s really taking into account traditional and local knowledge and actually listening to Indigenous people. This is something that could be applied to all of our coastlines.”

By Sponsored Content | March 23rd 2016
State Of The Animal