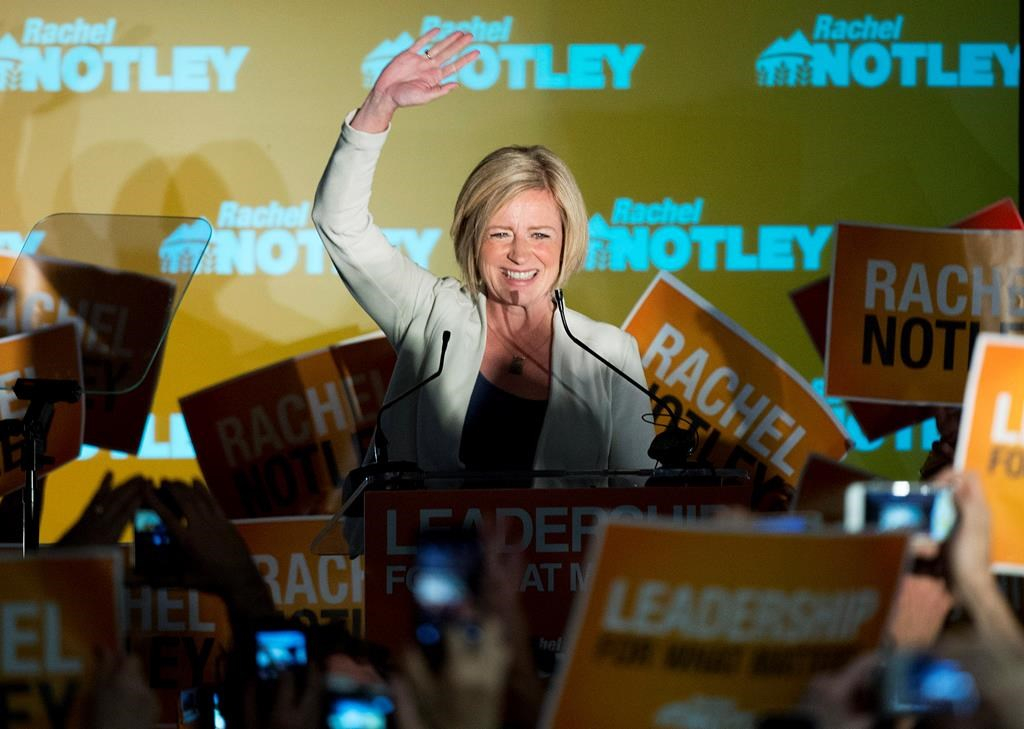 EDMONTON — Alberta Premier Rachel Notley used a provincewide TV address Thursday to deliver one of her strongest statements to date on the need for new pipelines, saying Alberta’s fate is Canada’s fate.

"Every Canadian benefits from a strong energy sector," said Notley in the 15−minute taped address aired on three networks.

"But we can’t continue to support Canada’s economy unless Canada supports us. That means one thing: building a modern and carefully regulated pipeline to tidewater.

"We now have a balanced framework to develop our industry, and every government in Canada understands this issue must be dealt with. We must get to ’yes’ on a pipeline."

Notley has run into roadblocks as she tries to build consensus for the Energy East pipeline to take oil from Alberta to ports and refineries in New Brunswick in order to get better returns abroad.

Quebec, in particular, is seeking a more detailed account of the proposed pipeline and its environmental effects.

It was an informal speech, with Notley seated in the sunshine at the kitchen table in her home, a bowl of fruit at her elbow.

She addressed a number of provincial issues ahead of next week’s 2016−17 budget, and fired a suggestive shot across the bow of unions in coming labour negotiations.

"If you are a government partner delivering services to Albertans, please remember that Albertans want us to live within our means," said Notley.

"Albertans aren’t looking for any significant increases in public spending in times like these."

Notley has been under pressure from some critics to freeze wages for teachers, nurses and other public sector workers given the province’s contracting economy.

Notley, however, has refused to address the issue specifically, saying she’ll honour existing contracts but won’t negotiate new deals in the media.

Notley said Alberta remains poised to rack up a deficit exceeding $10 billion in the April 14 budget.

She said low oil prices continue to wreak havoc on the economy.

"There is no question that this is a very serious and prolonged shock, the most dramatic in generations," said Notley.

She said the budget will have measures to keep spending in check, and deliver a four−point plan to create jobs and diversify the economy.

Notley said the measures announced in the last budget to boost business and jobs are taking effect.

In the last budget, the province freed up to $1.5 billion to Alberta Treasury Branches to lend out to grow small and medium−sized businesses.

Notley says about $335 million of that has now been loaned out.

The premier’s office said the cost of the televised address was $85,000.

"On issues of uncertainty surrounding approval on pipelines, on equalization, and on other issues impacting Alberta, the premier truly needs to find her voice," said Jean.

Progressive Conservative Leader Ric McIver said the speech showed Notley has a destination to fix the broken economy, but no road map.

"The new economy that she promises is a fantasy. It’s unicorns and rainbows that no one can identify," said McIver.

"She can guarantee how many jobs her government can kill, but she can’t guarantee a single job they’re going to bring in."

Man charged with threats after call to Alberta environment minister