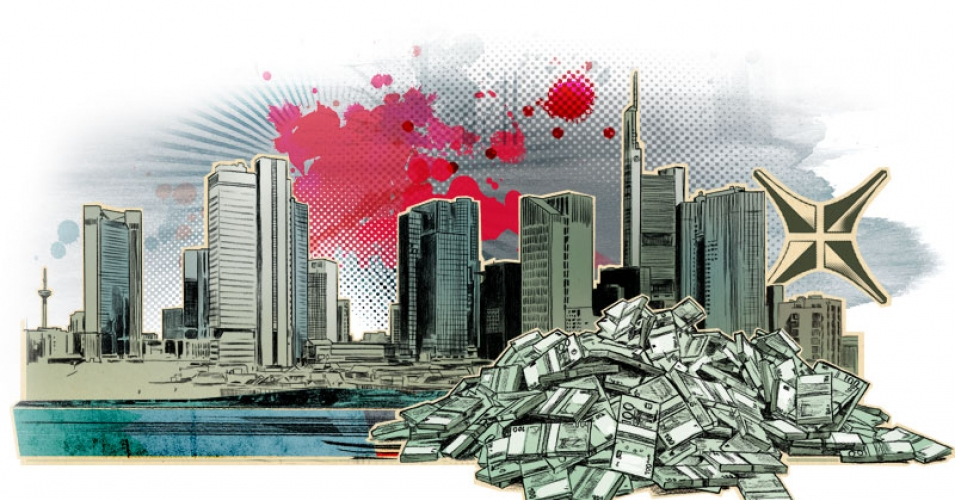 The worst criminals on earth are not the poor who sit behind bars in jails and prisons. The biggest thieves are found among the rich. The 1% can buy legislation, politicians and the media to carry out and hide their dirty work. If they can’t change the laws to benefit themselves in their homelands they simply send their money elsewhere through shell holding companies. This transfer of wealth, much of it diverted from what ought to be tax payments, is an open secret. Panama, the Cayman Islands, British Virgin Islands, Luxembourg and Switzerland are known for securing the money and secrets of the rich and the well connected.

The leak of 11.5 million documents from the Panama based Mossack Fonseca law firm brings into the light of day what was long known but passively accepted. Now the facts are in the open but the way in which the revelations are reported is questionable and taints an important story.

The documents now known as the Panama Papers were leaked to the German newspaperSuddeutsche Zeitung (SZ) who then shared them with the International Consortium of Investigative Journalists (ICIJ). ICIJ is a non-profit but with its own problematic origins. It is funded in part by the Ford Foundation, Open Society Foundation, Kellogg Foundation and the Rockefeller Family Fund. ICIJ then worked with journalists around the world including from the Guardian and the McClatchy newspaper chain. They in turn will decide what will be kept secret and what will be shared with the public. The goal of revealing secrets instead turns into a plan to keep more secrets and to tarnish certain reputations based on bias and mysterious criteria.

The Panama Papers show that the heads of state of Ukraine, Iceland, Argentina, Saudi Arabia and the United Arab Emirates all held shell holding company accounts in different tax haven locations. Vladimir Putin’s name appears nowhere but the corporate media used his image repeatedly to drum up interest in what is an otherwise newsworthy story. There are Russians who have used Mossack Fonseca services and three of them have close ties to Putin. Guilt by association and innuendo follow instead of disinterested reporting of pertinent facts.

While the corporate media happily do the work of imperialism, Russia is making good on its promise to kick ISIS out of Syria. The liberation of the ancient Syrian city Palmyra should have garnered Putin as much press attention as the Panama story. But the United States and NATO have still not abandoned their goal of regime change in Syria. They were ready to let ISIS fight Assad and do the job for them. While they pretend to drive ISIS out of Syria the Russians are actually getting the job done. If the corporate media want to cover Putin, that development provides an excellent opportunity for them to do so.

While news outlets ranging from the Guardian to the New York Times do their best to connect Putin to the Mossack Fonseca scandal without evidence, the prime minister of the United Kingdom and the president of Ukraine are directly involved. David Cameron’s late father is among those mentioned in the Mossack Fonseca trove. Simply put, he established an offshore account to hide the family fortune. The goal of the scheme was as simple as it is devious: keep Cameron family money and the prime minister’s inheritance from being taxed.

The president of Ukraine is yet another thief. WhenPetro Poroshenko came to office after the 2014 anti-Russian coup he promised to cease playing any role in the operations of his confection company. That business made him a wealthy man with an estimated $800 million personal fortune. Instead he opened an offshore account in the British Virgin Islands to avoid paying taxes.

It is a good thing that the corruption of the world’s elites has been revealed. But asWikileaks points out, all the documents must be released so that there is transparency available to all and an adherence to journalistic standards.

Hopefully, the proof of worldwide corruption will spur protest and opposition to a system which gives the masses nothing except more inequality. The people of Iceland didn’t wait to be told what to do. Thousands took to the streets and forced their prime minister to resign within three days of the story being published.

It is interesting but not at all mysterious that there are no Americans named in the Mossack Fonseca documents. The reason is simple. U.S. law so clearly favors the rich that they have no need to go offshore to form shell corporations. They can do so legally in Wyoming, Delaware or Nevada. Rich people everywhere know it too. No need to go to Panama or Switzerland. The U.S. is now the best tax haven on the planet. Hopefully the corporate media will decide to cover that story too.