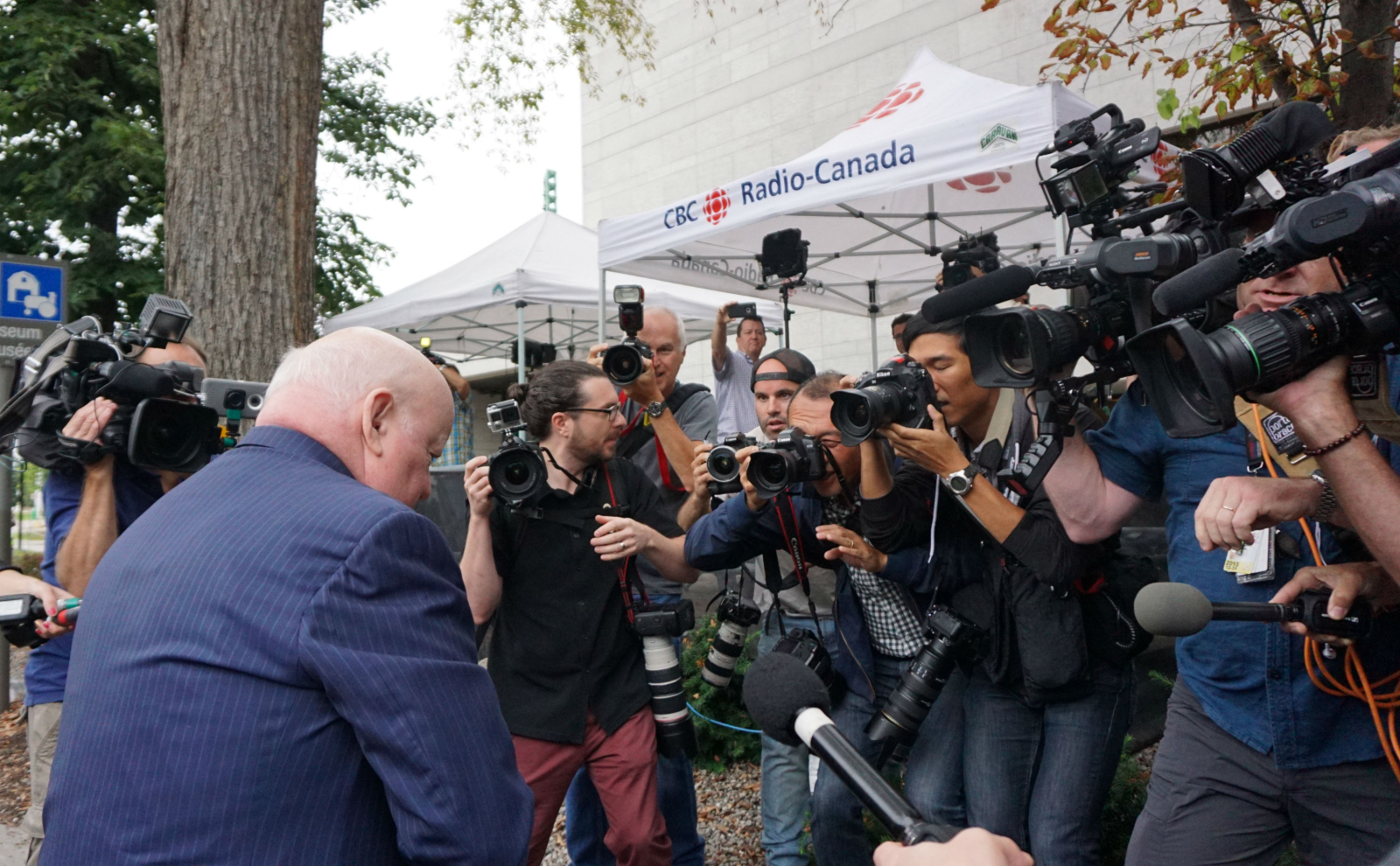 The turbulent trial of disgraced Senator Mike Duffy is expected to culminate in a verdict tomorrow on 31 charges relating to fraud, bribery, and breach of trust.

Dozens of attorneys, senators, contractors and staff from within the Prime Minister's Office (PMO) have appeared in the Ottawa courthouse since April 2015, when proceedings began with a "not guilty" plea from the P.E.I. senator.

Duffy, currently on a leave of absence, is accused of mishandling his living, travel, and office expenses in his first four years as a senator beginning in 2008. He agreed to repay $90,000 in questionable housing expenses after the Senate hired an external auditing firm to review his residence claims three years ago, but faced criminal charges for his conduct in 2014 when the RCMP conducted a formal investigation.

His fate now rests in the hands of Judge Charles Vaillancourt, who is expected to deliver a verdict on April 21. In advance of the announcement, the Ottawa office of Senator Leo Housakos released public clarifications of Duffy's status if he should be deemed innocent or guilty:

What the verdict means for Duffy

"In the event of a guilty verdict on any of the counts Senator Duffy is facing, he will remain on a leave of absence without access to Senate resources until sentencing," said a press release. "In the event Senator Duffy is found guilty and receives anything other than a discharge at sentencing, he would be automatically suspended without pay and without office resources until all legal proceedings, including appeal, have concluded."

If Duffy is acquitted on all counts, the release stated, he will immediately be reinstated to the Senate with access to pay and office resources, and permitted to take his seat in the Chamber at the next scheduled sitting.

Duffy has testified that he doesn't "break the rules" in court and maintains that his expense claims were legal. He did however, concede that he had inadvertently billed taxpayers for about $7 of expenses related to two personal photos.

National Observer and the Duffy Trial

Since the trial launched in 2015, National Observer has delivered groundbreaking coverage of its proceedings both from the Ottawa courthouse, and through careful analysis of Duffy's redacted diary.

Its work in revealing links between the senator, then-prime minister Stephen Harper and oil giant Enbridge prompted questioning in the House of Commons, earned it a 'scoop' investigative reporting nomination from the Canadian Association of Journalists earlier this year, and recognition as a finalist by the Canadian Journalism Foundation for the Jackman Award for Excellence.

The Duffy Trial has exposed the inner workings of a secretive Prime Minister’s Office and the Conservative party machine, shaped the early narrative of last year’s fateful election campaign, and even led to at least one high profile Conservative publicly turning his back on the party. If convicted of the most serious offences and given the maximum penality, Duffy faces 14 years in prison.

- with files from Canadian Press