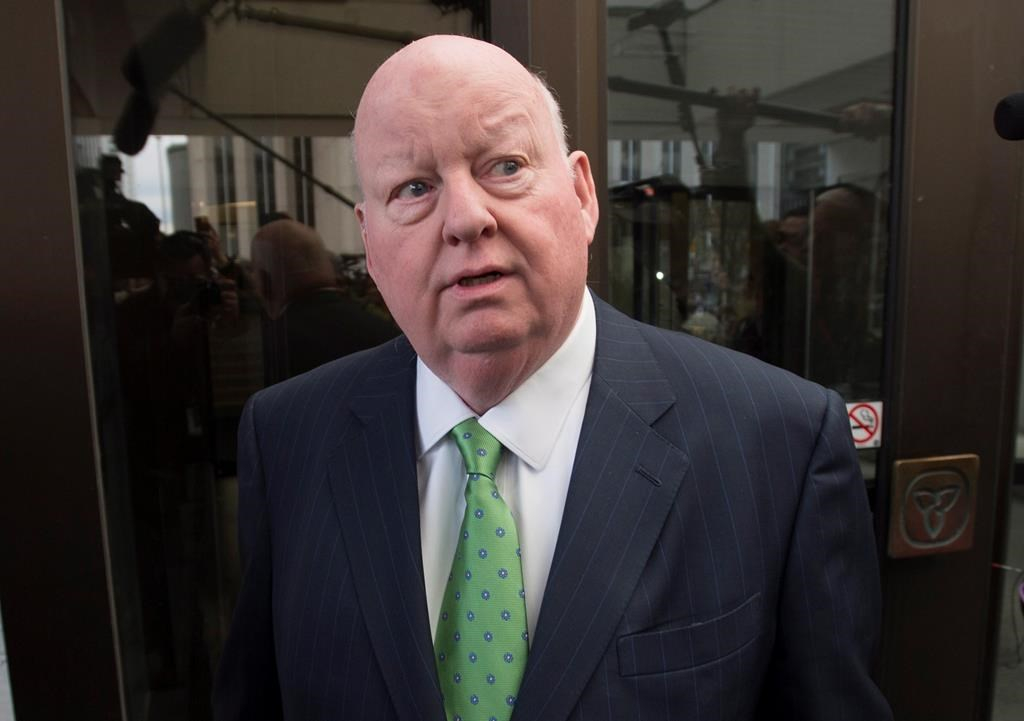 Mike Duffy was let back into the Senate on Thursday, with access once again to the full resources of the upper chamber. Photo by The Canadian Press.
Previous story
Next story

After a three-year hiatus from his third-floor office in the Centre Block, Mike Duffy was let back into the Senate on Thursday, with access once again to the full resources of the upper chamber.

Senate officials announced his full standing within hours of a verdict that cleared Duffy of 31 charges.

But the decision does not end the Senate expenses scandal.

One current and one retired senator still face trials for questionable housing expenses. And seven former senators face the possibility of being taken to the court by the Senate itself if they don't hand over almost $528,000 for improper expenses by the end of Friday.

It all means there are still open wounds in the Senate from the spending scandal that rocked the upper chamber for three years — at times sidetracking senators from debating legislation and delivering a blow to the credibility of its members.

"It's been a difficult time for the Senate for the last three years," said independent Sen. John Wallace from New Brunswick.

"It's obviously affected the senators who have been suspended, those who have been charged, but it affects all of us. All of our reputations have suffered, our credibility. But we're going to build that back."

The verdict and Duffy's return to the Senate will be a reminder to anyone in the upper chamber about the need to be careful with their spending: Become sloppy and your fellow senators will punish you the way they did Duffy.

Duffy lost access to his office and Senate expense account three years ago when he was suspended without pay. The same fate befell senators Patrick Brazeau and Pamela Wallin.

Brazeau faces his own fraud and breach of trust trial this year over housing expenses, and Wallin's expense file has been with the RCMP for three years.

Duffy gained back his salary last summer when Parliament was dissolved for the election, as did Brazeau and Wallin, but not the other perks of the job until his acquittal Thursday on 31 criminal charges stemming from his Senate expenses.

Experts say that for Brazeau, the ruling could influence how the court sees his fraud and breach of trust charges over his housing expenses, which he has always maintained were proper. And for Wallin, it could mean a fresh look at the criminal investigation that has gone on for three years without any charges laid or the allegations against her tested in court.

The case against the Prince Edward Island senator launched a sweeping change in the oversight and guidelines for senators' spending, with a probing audit of senators' expenses. That audit found problems with the spending of 30 senators, 24 of whom have since been cleared by the RCMP of any criminal conduct.

After the Duffy scandal first broke, senators and then MPs agreed to post more details of their spending. The Senate reworked its spending rules on multiple occasions, laying out more guidelines for trips and residency claims as two outside auditing firms, the auditor general and a former Supreme Court justice raised questions about their clarity.

He pointed out that the Senate had made "significant changes, moving from guidelines to policy to give direction to the senators regarding various financial matters." But he said the ongoing issue of senators mixing the personal and professional business on trips "strikes a chord with some people."

Duffy's lawyer, Donald Bayne said the judgement wasn't a sweeping precedent for parliamentarians, but a message to other senators about using their expense accounts wisely.

Sen. Larry Smith, a former executive on the Senate's internal economy committee that oversees spending rules, said those rules were and remain clear.

"As senators, our job is not only to serve the public, but it's to make sure that we're able to understand the rules and make a decision at the end of the day which is based on one thing: Is it the right thing to do in terms of spending taxpayers money. So all of us are judged."