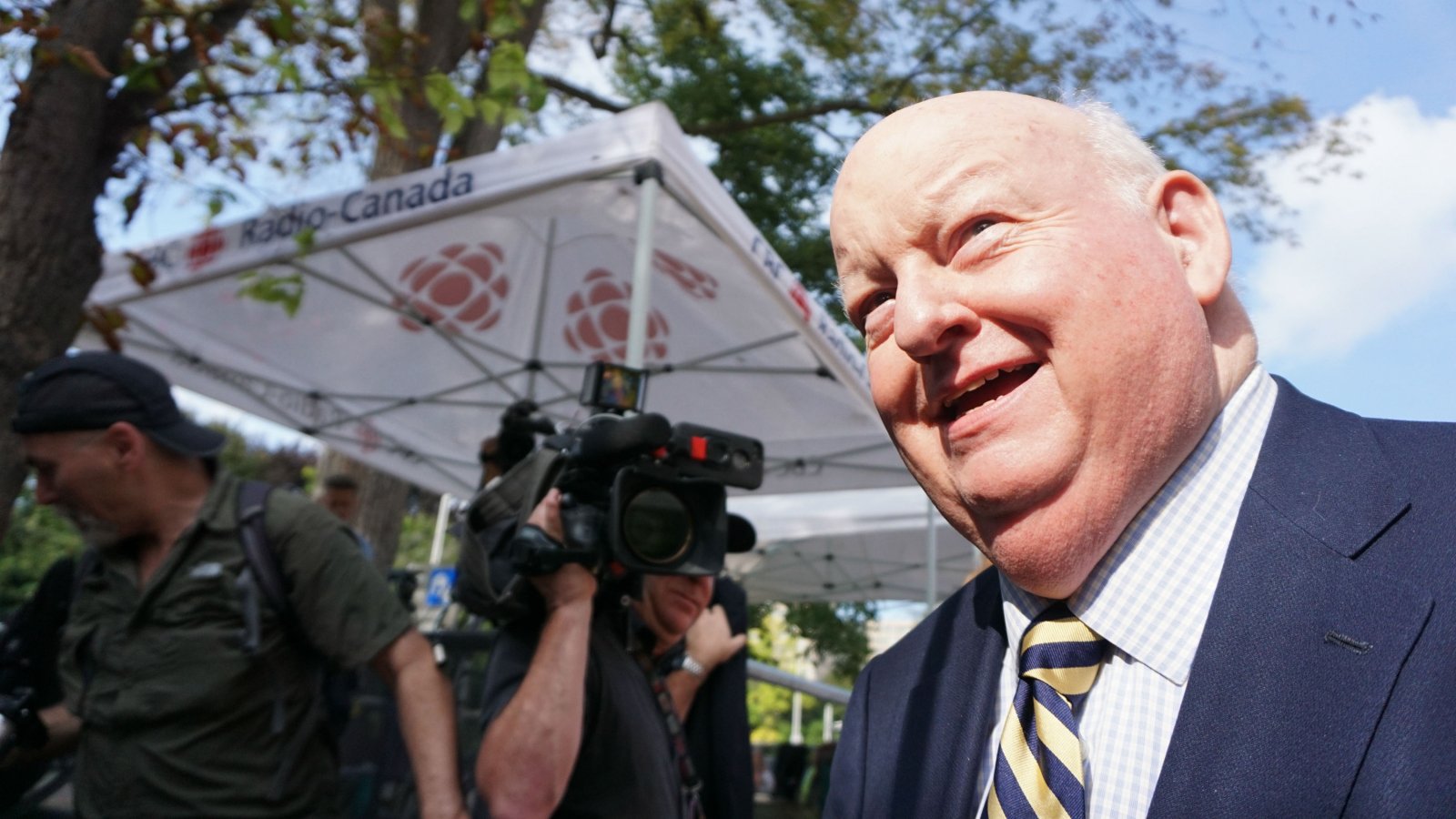 Senator Mike Duffy was cleared of 31 charges by an Ontario court judge on Thurs. April 21, 2016. Duffy is seen here outside the Ottawa courthouse during Nigel Wright's testimony in August 2015. Photo by Elizabeth McSheffrey
Previous story
Next story

While I was listening to Justice Charles Vaillancourt’s ruling on the fate of Sen. Mike Duffy, a question popped into my head. Why did former Prime Minister Stephen Harper allow ethics to take a backseat to fixing a public relations problem for the government?

I have been a long time volunteer for the Conservative Party of Canada. During the last election, I was one of the people who went door-to-door to defend the party whenever people asked about the Duffy affair.

I spent my Thursday afternoon in a courtroom, listening to Vaillancourt’s decision and thinking about accountability. After what I heard, I have no idea why any of my fellow Conservatives spoke out to defend Harper and his former office.

We have a new government that is promising to be more open and transparent. But what steps will it take to ensure that it matches its words with action?

Looking at recent news, it’s clear that the bar is set extremely low when it comes to accountability in the upper chamber, and some of this spills over to the rest of our leaders in politics.

Like many Canadians, I have become disillusioned with the Conservative Party of Canada. I wasn’t prepared for the level of anger I was seeing after knocking on doors, last fall, for my local Conservative candidate.

Long-time Conservative voters spoke of their frustration at being labeled the "party of bigots, racists and homophobes" and indicated they no longer want to be associated with such antiquated notions of what it means to be a Canadian. I heard time and again from the voters that although they liked the local candidate personally, they could no longer follow where Harper was leading the Conservative party.

Justice Vaillancourt said in his ruling that the Harper's office treated Senators as “pawns” and that Duffy was just another “piece on the board.” He also said that the way they plotted to conceal the Senate scandal was carried out with tactics that would make any military commander proud. It’s particularly alarming given that Judge Vaillancourt is describing the inner workings of a government that was first elected in 2006 on a message of change.

In the end, the voters had the last laugh when they sent the Conservative Party a message by stating loud and clear that they didn’t approve of the unethical behavior of the Harper government. This is why the Tories fell from a majority in the House of Commons to the opposition with about 100 members.

The Duffy verdict, acquitting the honourable senator of 31 charges, wraps up a two-and-a-half-year national scandal and media-feeding frenzy.
The ruling also sets a precedent for Senators Patrick Brazeau, Pamela Wallin, and former Senator Mac Harb. Like Duffy, they were all being probed by the RCMP. For Brazeau and Wallin, the case proves that the courts won’t likely punish them for questionable expenses, since the rules weren't clear in the first place.

I’m sure that there are a lot of senators who now wish they could take back the money they paid in reimbursements, since, in the words of the Justice, “This is a Senate matter.”

What we need to do is toughen the rules about residency to ensure that the Senate actually knows where they live and that they are not making claims for housing allowances that they don't need. We also need to draw up a firm limit that caps how much they can spend per year to run their offices and defines how they spend these budgets.

If someone lives in Ottawa and has a summer cottage in Prince Edward Island, they shouldn't be asking taxpayers to cover the costs of both.

This “chamber of sober second thought” is meant to be a place for the members of the Senate to debate legislation and suggest meaningful changes. However, as was the case in the Duffy affair, the Conservative government under former Prime Minister Stephen Harper used the Senate to kick out Duffy in the hopes that he would just “go away” and stop being a political problem for the party.

If the voters had one message for Harper and the Conservative Party last October, it was a repudiation of their ethics and a strong call for them to smarten up and get their act together. Actions speak louder than words, and Canadians are waiting to see the change from the Conservatives. This decision is also a warning to the Trudeau government to make sure that they don’t make the same mistakes. Because the voters want all of our political parties to clean up their acts.

I went to the Ottawa courthouse to hear the Duffy verdict because I believe it was a historic moment for our country. I believe Vaillancourt applied the law as he should have. What remains is an uneasy feeling that tomorrow we will wake up and it will be business as usual in the Senate. Have we learned nothing?

While justice was served for Sen. Mike Duffy, what justice is there for the Canadian taxpayers that had to witness this two-and-a-half-year spectacle? It is disheartening to me that the party that I have given so much time and energy to over the years has become so reviled by the average Canadian. This is the party that was first elected in 2006 on a promise to clean up cronyism and corruption in Ottawa; and all I’m getting is Gomery déjà vu.