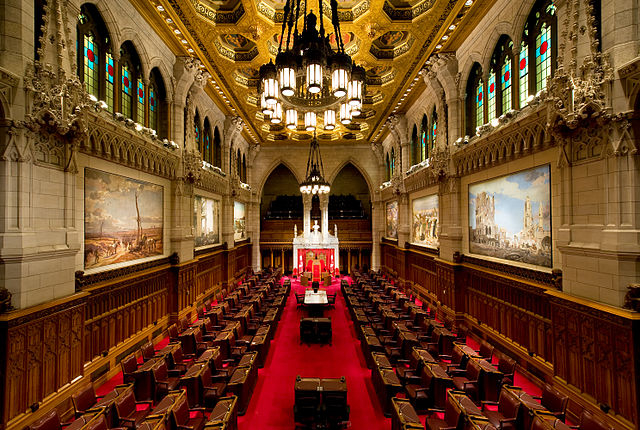 A small group of senators have been reviewing the spending rules for more than a year. Photo by The Canadian Press
Previous story
Next story

Behind closed doors, the Senate rules at the heart of Sen. Mike Duffy's sensational expense-claim trial are quietly undergoing an overhaul.

A small group of senators, under orders from the Senate committee that oversees Senate spending, have been reviewing the rules for more than a year with an eye towards making them easier for senators, staffers and the public to understand.

The senators have looked at everything from the definitions of primary and secondary residence — an issue that was a central problem in Duffy's case — to details like who has the authority to hire and fire staff working in senators' offices.

Conservative Sen. Leo Housakos, chairman of the internal economy committee, said the goal of the review is to "remove some of the ambiguity" and further tighten spending rules to prevent abuse as much as possible.

"If there's somebody who wants to bend the rules in the House of Commons, in the Senate in private enterprise…they will. I don't care how good or how clear (the rules) are," Housakos said.

"Our goal as an organization is to be as vigilant as possible, as clear as possible."

Thursday's verdict — Duffy was cleared of all 31 fraud, breach of trust and bribery charges he faced — marked the end of a protracted three-year saga and ensured Duffy would be able to return to the upper chamber with all rights and privileges.

Housakos also acknowledged that the Senate's treatment of Duffy — he was suspended without pay, along with fellow senators Pamela Wallin and Patrick Brazeau — may not have been entirely fair.

The verdict in the trial has left him wondering whether the Senate shouldn't have handled the issue differently, he added.

Prime Minister Justin Trudeau said Friday that the Duffy saga demonstrates a need for the Senate to be more accountable to Canadians.

"One of the things that we've seen — from not just this particular trial, but from many of the challenges that the Senate has gone through over the past years — is a greater need for openness, transparency, accountability that quite frankly the Senate has work to do on," Trudeau said during a news conference at the United Nations.

As Duffy's trial was ending, the start of another Senate legal battle was just getting underway.

The Senate is on the hunt for an outside lawyer to help recoup almost $528,000 in improper expense claims filed by seven retired senators who were among 30 senators flagged in the auditor general's June 2015 report, but opted not to challenge the findings through an independent arbitration process.

"We're going to take legal action in each of those cases," Housakos said.

The expenses in question are not all that different from the ones that landed Duffy in court — a point not lost Thursday on Duffy's lawyer, Donald Bayne.

"I'm sure all of you, like me, could make a good argument that some of the things that senators are allowed to travel across the country for at considerable expense ... may or may not pass a value-for-money test," he said after the verdict.

"There has to be that kind of assessment on Parliament Hill of expenditure of public money. Those kind of rules did not exist in Mike Duffy's day."