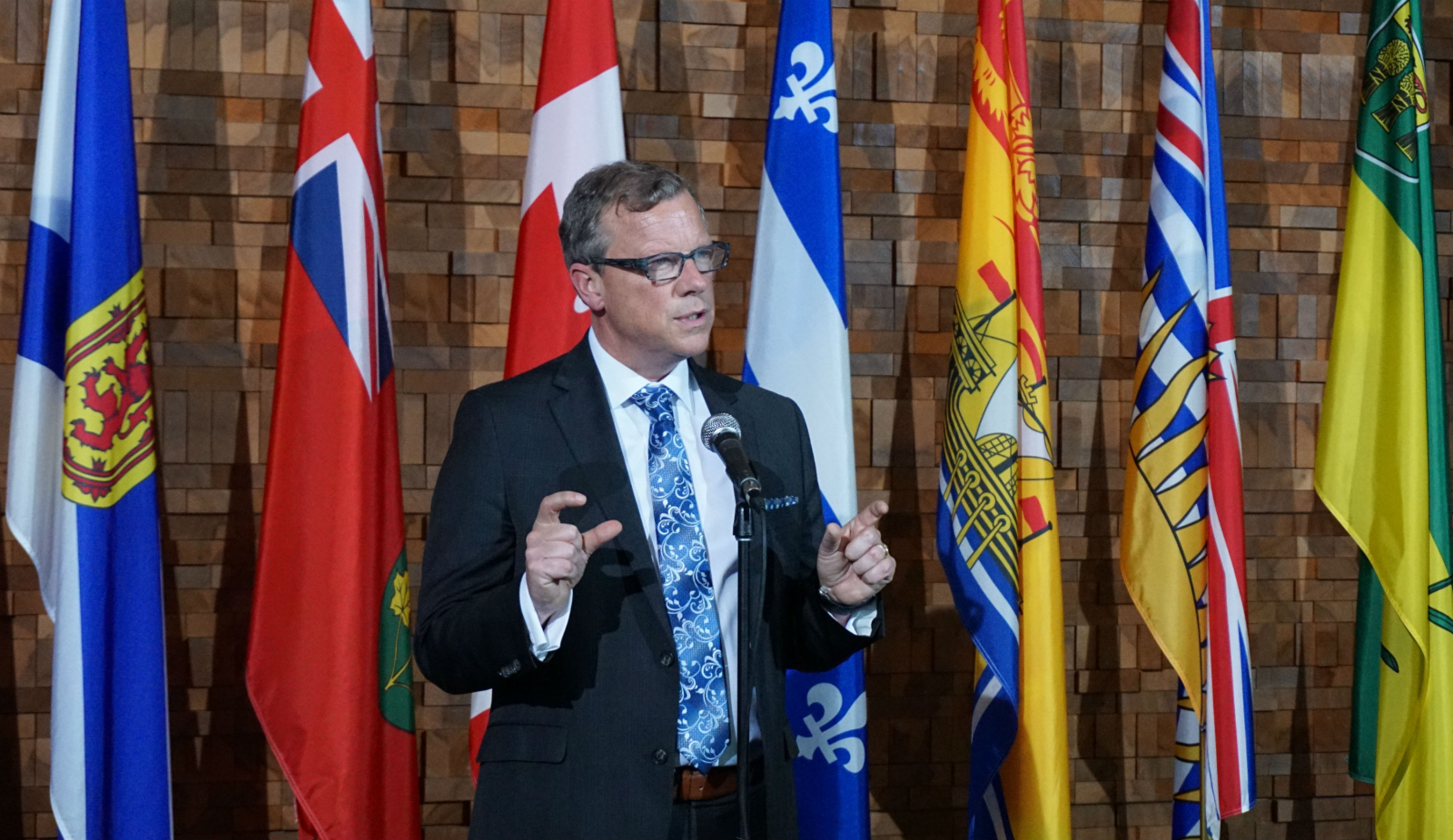 Premier Brad Wall says he hopes a uranium operation in northern Saskatchewan will eventually reopen, but he doesn't think that will happen any time soon.

Mining giant Cameco announced Thursday that it is suspending work at the Rabbit Lake mine, because of an oversupply of uranium around the world, caused in part by the shutdown of nuclear facilities in Japan.

About 500 jobs will be lost at the mine and another 85 at the company's U.S. operations.

"It's a terrible day for northern Saskatchewan, for those 500 people that have lost their jobs, at least temporarily," Wall said Friday.

"If there's some hope, it's that they're not closing it completely and permanently, that they are going to keep 100-plus staff there in terms of maintenance, for the occasion when prices regain strength and it can potentially open."

But the premier added that he doesn't believe there's any expectation on the part of industry or analysts "that prices will be coming back to the extent that they would need to for Rabbit Lake to reopen any time soon."

Wall said a team from the Economy Ministry will help those who have been laid off to identify other jobs or retraining opportunities.

Cameco CEO Tim Gitzel travelled to the mine to meet with employees.

"It's a tough decision so I wanted to be there to explain it to them face to face," he said Thursday. (They're) obviously disappointed, but they know our business, they know our company. Rabbit Lake is a higher cost mine and had a limited life."

Cameco said it will offer employees exit packages and will consider relocating workers to other Cameco facilities.

About 150 people will be kept on at Rabbit Lake to maintain the facility and to do environmental monitoring and reclamation. That transition work is expected to be completed by the end of August.

Rabbit Lake has produced more than 91 million kilograms of uranium concentrates since production began at the Saskatchewan facility in 1975.

Gitzel said the mine was old and small compared with the company's two other mines in the province, which each produce as much as 9.7 million kilograms of uranium a year. Rabbit Lake only produced about 1.8 million kilograms.

He said the market has been soft for about five years since a 2011 earthquake and tsunami caused a nuclear meltdown at three reactors in Fukushima, Japan. Uranium is selling for about two-thirds less than it did before the accident.

"There's certainly an excess inventory of uranium available around the world so that's driven the prices way down."

The company also said it will reduce its 2016 production target at the McArthur River/Key Lake operation, given the current state of oversupply in the market.

Wall said the province will work with companies and the federal government to find new markets and build demand for Saskatchewan uranium.

"When prices strengthen, if they don't come back to the point that Rabbit Lake makes sense for this company, there might be other opportunities for production increases from companies.

"That would mean Saskatchewan people working again," he said.

Did this company engineer the largest tax dodge in Canadian history?