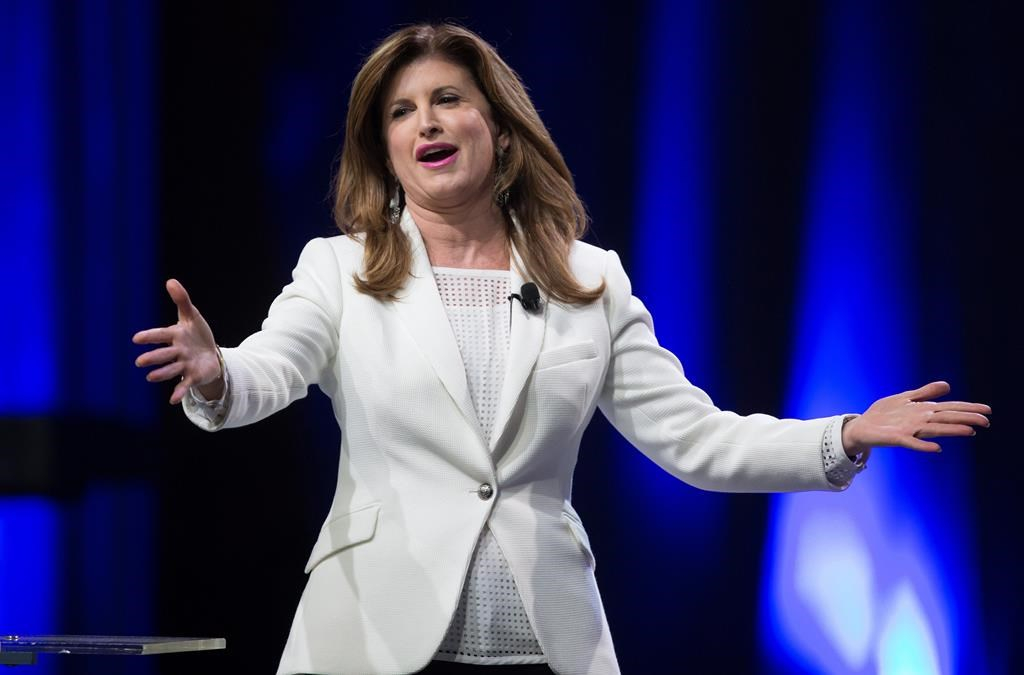 Emotions ran high at the Conservative convention on Friday as delegates sparred over party policies and politics.

The divisive issue of whether to drop a long-standing policy seen as a direct condemnation of same-sex marriage and a rogue campaign to make interim leader Rona Ambrose eligible for the permanent leadership were two of the more hotly debated topics among the thousands of delegates gathered in Vancouver.

The push to change the rules to allow Ambrose to run was solidly defeated.

A motion to drop the same-sex marriage ban passed in a vote of 279 to 143 in favour of excising the current party policy calling for a traditional definition of marriage as being between one woman and one man.

Some delegates jumped to their feet in victory. MP Michelle Rempel had tears of joy in her eyes.

"Our party has always been the party of rights and equality for all Canadians," she said.

"Today I have never been more proud of our party."

The resolution must now be approved by members in a party-wide vote on Saturday for the existing policy to be deleted.

Those campaigning hard against the motion hail from socially conservative wing of the party.

Many are furious that a set of resolutions representing some of their interests was kept out of the convention program altogether, while the same-sex marriage one was allowed to proceed.

They allege Ambrose had a hand in that, though her spokesman denied the accusation.

One delegate called the move to draft her a despicable resolution and said if Ambrose had a "shred of integrity" she would disavow it.

Another questioned the budget she has to travel around the country suggesting she wasn't using it in good faith if her intention had been to run for the permanent job.

The Draft Rona campaign was spearheaded by a group of Tory MPs.

"There is such a strong expression in the party how unfortunate it is she cannot run for the permanent leadership, she is who is the most likely person to bring us to victory in the next election," MP Scott Reid said in making his pitch for the motion.

The resolution caught Ambrose off guard and she has said repeatedly she is not interested.

The fact she doesn't want the permanent post is the biggest reason not to vote for the motion, said fellow Tory MP Garnett Genuis.

"To allow our fantastic leader to keep doing the job she's doing without the cloud of suspicion — let's vote down this resolution and focus on the important work that's in front of us."

Some social conservatives also heaped scorn on candidates who are running for the leadership after two voted to drop the same-sex marriage ban.

Both Kellie Leitch and Maxime Bernier voted to change the policy.

Conservative MP Brad Trost said they have lost his support.

He said just because the party doesn't have a policy that reflects his beliefs doesn't mean he doesn't have one.

"I'm not changing how I'm voting in the House of Commons on any of these issues," he said.

Unlike previous conventions, the Conservatives opened all of their policy workshops to the media.

Seeing the emotions running high is an important part of allowing Canadians to understand Tories want an open debate on the policies before them, said Lisa Raitt, who is considering her own leadership bid.

"We are not afraid of that," she said.

By Jenny Uechi | Analysis | May 27th 2016
Race Against Climate Change