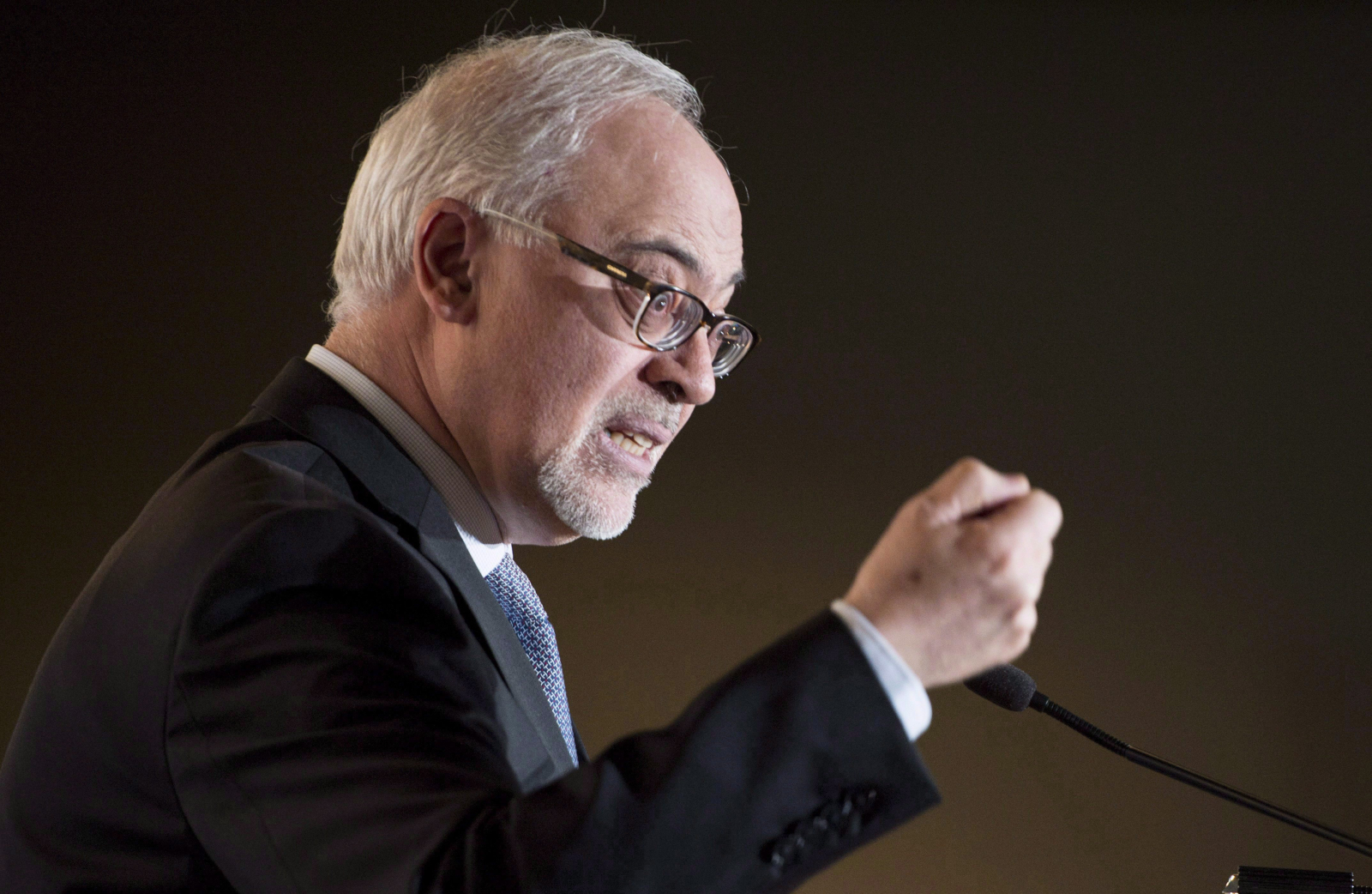 Quebec’s finance minister says the official agenda for next week’s meeting with his federal and provincial counterparts is missing a pressing item: health−care transfers.

The gathering Monday in Vancouver will be dominated by talks on Canada Pension Plan reform —but Carlos Leitao warned the urgent issue of health funding is perhaps even more important.

He said provinces are staring at the possibility of "a sudden and significant deceleration" in federal health transfers in 2017−18.

As it stands, Leitao estimated next year’s Quebec budget will be up to $400 million short because the annual six−per−cent increase in transfers to the provinces is scheduled to end in 2017.

"That’s significant — multiply that by the other provinces," Leitao said in an interview.

"Clearly for the Vancouver meeting, all the attention has been focused on the retirement issue. But I’m just raising the flag that we shouldn’t forget the other one because it is equally, if not more, important."

Leitao urged Ottawa to extend the current formula for one more year while the negotiations on a new formula are underway, calling it the "more efficient, pragmatic thing to do."

The last health accord expired in 2014 and, after refusing to renegotiate it, the previous Conservative government unilaterally declared that the six−per−cent escalator would end in 2017.

In their election platform, the federal Liberals promised to restart negotiations on a new health accord with the provinces, which have constitutional responsibility for delivering health care.

So far, the Liberals have yet to put a price tag on that pledge, nor have they specifically promised to reinstate the escalator.

Finance Minister Bill Morneau has said talks with the provinces will touch on home care, palliative care and mental health. But he has also noted the details were left out of the March budget because he expects the talks to help provide a "clear sense of direction."

Asked about a potential health−care funding hole in his budget, Alberta Finance Minister Joe Ceci said in an interview that he thinks it’s more of an issue for the federal and provincial health ministers.

"I think it’s unofficially on our agenda because of these kinds of (budgetary) questions," said Ceci, who will be in Vancouver for the meeting.

"But I don’t know if the federal finance minister is in a position to go very far down the road of the health accord at this time, aside from listening to people’s views."

The gathering provides a forum for the ministers to raise different issues. Ceci said he plans to remind his counterparts about the big economic benefits of getting oilsands crude from "pipeline to tidewater."

When asked about health transfers, Ontario Finance Minister Charles Sousa said while he expects other subjects to come up, his focus will be on trying to find consensus on CPP enhancement.

"We have a federation that needs participation by the provinces and Ontario is a net contributor to the rest of Canada — always has been, even when we qualified for equalization," Sousa said in an interview.

"We want to make certain that everyone gets their fair share."

On Thursday, the premiers of Quebec and Saskatchewan also put pressure on the federal government to boost health funding for the provinces.

"Health remains the main subject of concern for citizens across Canada," Couillard said. "It’s good that we’re talking about other issues, but we must absolutely move forward on health financing."