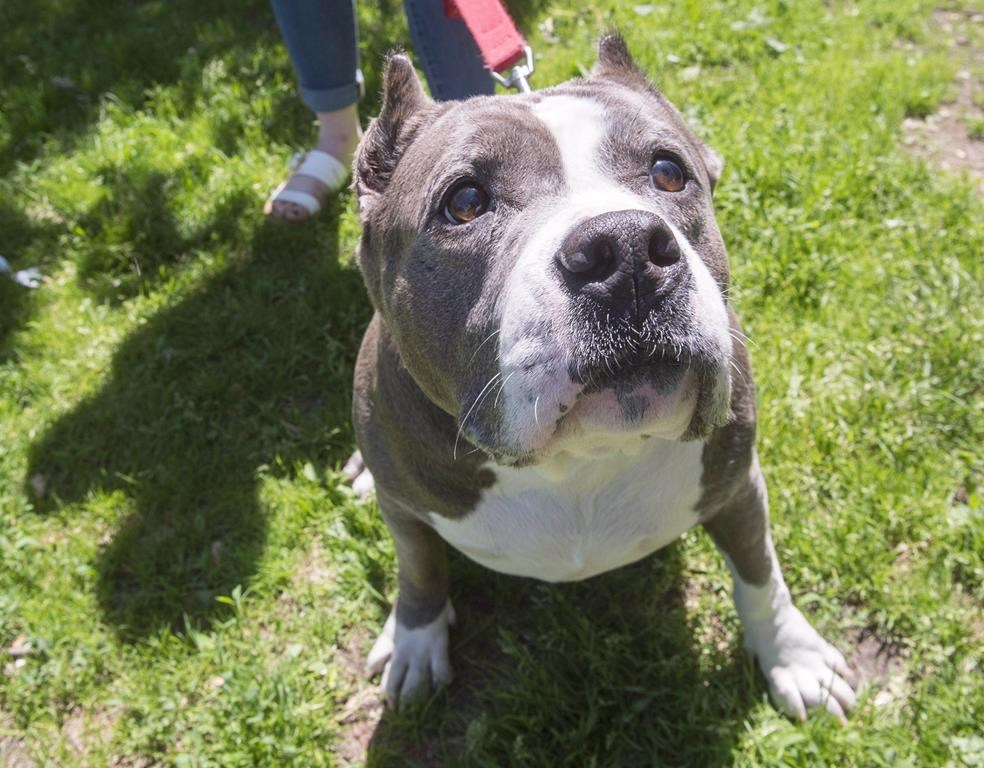 The new rules to ban dogs like this one would be brought in by September, Montreal Mayor Denis Coderre said on Saturday. File photo by The Canadian Press.
Previous story
Next story

Less than two weeks after a woman died following a dog attack in her backyard, Montreal's mayor has announced a plan to ban pit bulls and other breeds that are deemed to be dangerous.

Denis Coderre said the new rules will likely be brought before city council in September.

"We're going to have an applied strategy, not just for one breed, but based on the level of potential danger of several types of dogs," he told a news conference on Saturday.

Dogs that already live in the city will be allowed to stay but will have to be sterilized and wear muzzles in public, Coderre said.

The ban was announced 10 days after a 55-year-old Montreal woman was found dead after being attacked by a pit bull.

The dog escaped from a nearby home before it attacked Christiane Vadnais.

In a separate incident, a woman was bitten on the thighs by a pit bull on Tuesday in Sainte-Adèle, north of Montreal.

Coderre said the city will also immediately create a special squad to enforce the city's existing dog regulations, including licensing and leash laws.

He acknowledged that many dog attacks are the result of negligent owners, and promised the new rules would attack the problem "at both ends of the leash."

The city is currently studying which breeds besides pit bulls to include in the ban, and Coderre said the rules will be written to allow other types of dogs to be added.

Less 14 per cent of Montreal's estimated 145,000 dogs are licensed, according to the city.

Without getting into specifics, Coderre said the new rules would require dog owners to show they are capable of owning a pit bull or other dangerous breed of dog.

That may include a clause that would prevent anyone with a serious criminal record from owning one.

Coderre's announcement came days after the mayors of Quebec City and the Montreal-area city of Brossard announced they would be banning pit bulls.

Premier Philippe Couillard said this week his government will likely follow Ontario's example and adopt a provincewide ban on the breed.