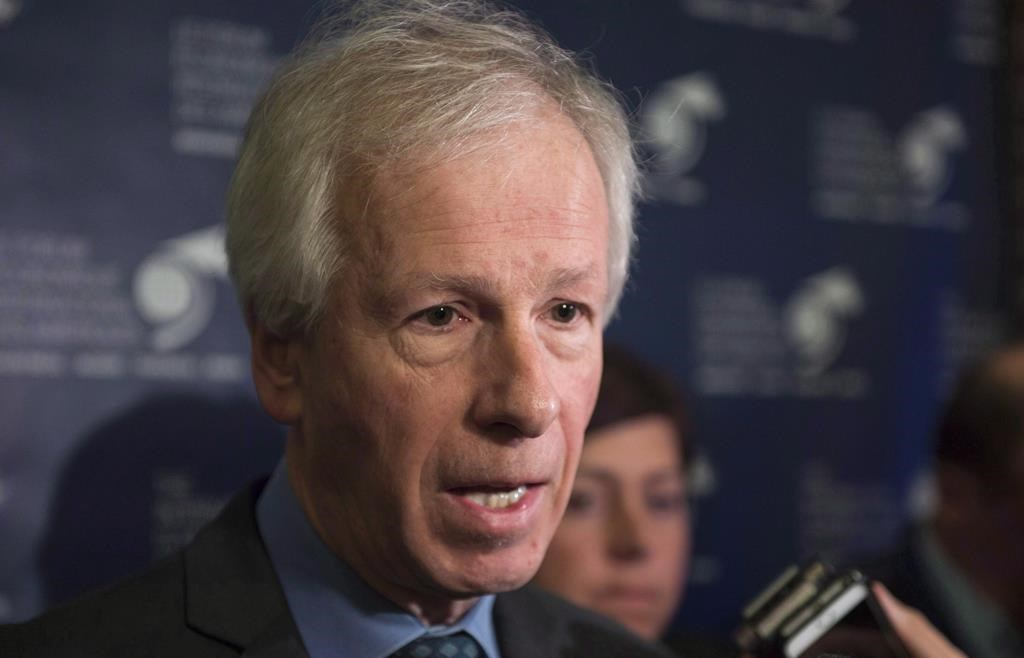 The announcement came on the heels of a two-day cabinet retreat in Sudbury, Ontario, with Trudeau telling reporters there was "hard work ahead" in the fall.

Although he will continue to serve on some cabinet committees studying other issues, Dion's removal from the environment committee was notable. He is a renowned environmentalist and advocate for climate action, and was among the team of delegates who attended the Paris climate summit in 2015, during which Canada endorsed a 1.5 degree limit to global warming. As Liberal party leader in the 2008 federal election, he campaigned for a "green shift" carbon tax as part of a strategy to combat climate change. Dion was defeated by Stephen Harper who formed a minority government.

Dion also served as environment minister under former prime minister Paul Martin in 2004, and was instrumental in securing an agreement to extend the Kyoto climate protocol beyond 2012 at a climate change conference in Montreal in December 2005.

As foreign minister — a role he took up last November — Dion was a target of considerable criticism for refusing to back out of a $15 billion arms deal with Saudi Arabia, which had been arranged under the previous Conservative government.

When asked for comment, Trudeau's office referred questions to Dion's office, which said the global affairs minister would continue to do work on the climate file.

"Minister Dion has a very heavy travel schedule and is putting on the miles to support Canada’s interests in the world, including on climate change," said Joe Pickerill, Dion's director of communications.

The committee has a tall order ahead in the fall as Trudeau gathers with the provincial premiers to hammer out a national strategy on climate change. Trudeau has promised to implement a national price on carbon pollution if provinces do not step up to take action to reduce their greenhouse gas emissions.

Other notable changes to Trudeau's committees include LeBlanc, the fisheries minister, reassigned from House leader to chairing a new cabinet committee on litigation management.

Editor's note: This article was updated at 8:20 pm ET with a comment from the office of Global Affairs Minister Stéphane Dion.

A committee on Litigation

A committee on Litigation Management? Going to be very busy given allll the trampling of laws with Site C, NEB, etc.