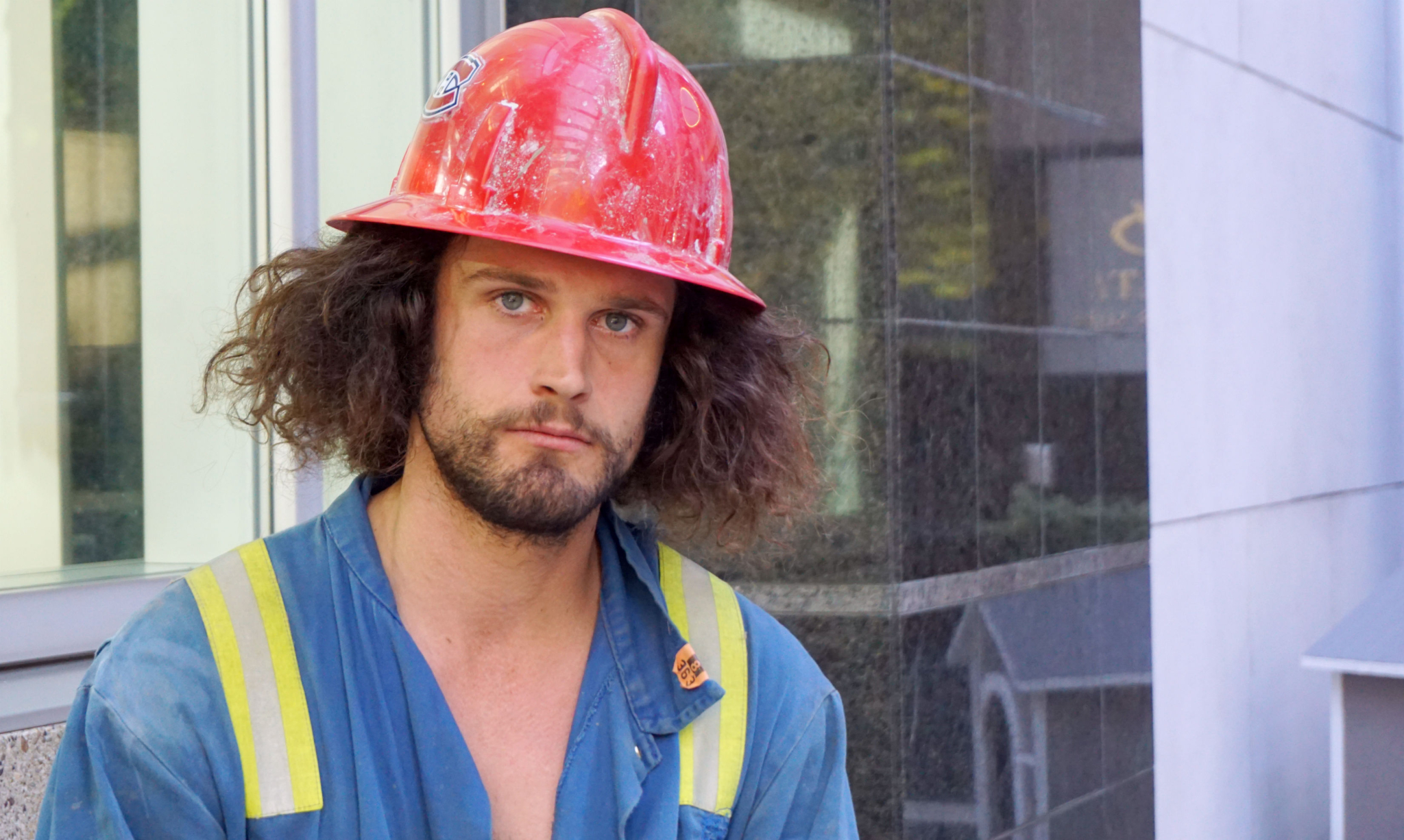 When Bernard Hancock, a former roughneck in Alberta's oil patch, took the microphone at a public pipeline consultation in Vancouver last Thursday, he didn't intend to get emotional.

On a sheet of paper in front of him, he had scribbled down names and statistics — the facts he needed to argue that Alberta's new climate policies ought to buy more goodwill from opponents of Kinder Morgan's controversial Trans Mountain pipeline expansion proposal.

But as he described his present situation — 32 years old and living in his parents' basement — he couldn't stop his voice from quavering.

"It’s humiliating," he declared. "Do you know how good it feels for people to be able to eat what they want when they go to the grocery store? Do you know how much powdered milk sucks? Do you know what it’s like when your bologna has gone sour and you have pan-fry Newfoundland steaks?”

It was a rhetorical question. The room was silent.

"I’m sorry I’m a little bit worked up, but I’m begging you," he said. “Please, not just for me, but the guys who have kids and are losing their marriages."

Hancock is a North Vancouver native, but has worked in the oil patch for the last six years to pay off student debt. He has witnessed firsthand the havoc that cratering oil prices have caused Alberta families, and he is desperate to get back to work in the industry he knows.

He said he's tired of cutting concrete and searching for part-time restaurant work, and pointed out that it is much easier for well-educated white-collar workers, like scientists and teachers, to oppose a pipeline than the workers who have nowhere else to go.

Most of them haven't been trained to work the renewable energy circuit yet, and he said the provincial and federal governments haven't provided employment alternatives. The largest labour organization in the country - Canadian Labour Congress - has proposed a plan that would reduce Canadian carbon emissions by one-third and create over one million sustainable jobs, but governments have been slow on the uptake.

"I have full respect for you guys and I come into this believing that you care, and the process cares about what people like me have to say," he explained, "but I want you to know that Albertans are hurting and feeling like they’ve had people turn their backs on them."

“If we do not go forward with this project, it is people who are marginalized in society who are going to take this hit.”

His heartfelt presentation ended with a round of applause from a roomful of people that otherwise disagreed with his stance on the Texas oil giant's pipeline proposal. A number of the white-collar workers he mentioned even came up afterwards to congratulate him for having the courage to stand up as the only pipeline supporter in the room.

“I don’t understand why the most carbon emission-friendly source of oil on the planet is being stifled here," Hancock told panelists. “We've done a lot of stuff here to try and solicit good will, to try and convince the public, but we have a problem getting the message out.”

In the last year, Alberta's new NDP government has put forward an ambitious climate plan that includes a carbon tax of $20 per tonne in 2017, and $30 per tonne in 2018. It has also committed to phasing out coal-fired electricity by 2030 and hopes that renewables will form 30 per cent of the province's energy mix by that time.

Hancock said Alberta has worked hard to show Canadians it is committed to cleaner energy and deserves to be given a little slack. Besides, if Canadians are serious about reducing carbon emissions, he added, they should consider reducing their meat consumption and altering their energy-intensive lifestyles before taking an environmental position that puts thousands of struggling blue-collar workers out of the job.

“If we want society to get better it means everyone has to make a sacrifice, not just people like me," he explained, clad in coveralls stained from a morning of work.

"Alberta — we feel like that guy that always buys a round at the bar for everyone, and the one time we don’t have that cash, no one is willing to buy us a round.”

He also used his presentation time to ask for more open-minded conversation about the oil and gas industry, particularly from steadfast environmentalists. Progress can't be made when extremists on either end of the spectrum (his included) won't budge on their beliefs, he explained, calling for a compromise.

“Don’t hate the player, hate the game," he said. "Don’t get mad at oil companies if they’re competing in a framework that the government has set. I’m worried that the people who are most concerned about these issues are extremists, and people who are not willing to talk.”

The Trans Mountain expansion is a proposal to add 980 kilometres of brand new pipeline to triple the capacity of a system that already transports 300,000 barrels of oil per day from the oilsands to refineries and terminals in Vancouver and Washington. It was recommended for federal approval by the National Energy Board (NEB) in May, but has been subjected to further scrutiny during additional summer panel consultations in B.C. and Alberta.

Twenty-one municipalities, 17 First Nations, and a coalition of environmental groups argue that the pipeline would pose disastrous risk to local ecosystems, human health, and the economy through an oil spill if it were approved, and push Canada too far from its COP21 climate obligations. Supporters of the project however, like Hancock, argue that as long as Canada continues to import oil — particularly from countries that have questionable human rights and environmental records — it has no reason to turn down the Trans Mountain expansion.

Panel consultations on the Trans Mountain expansion wrap up in Victoria this week, and the panelists will complete a report on their findings in November. The federal government will announce a final decision on the pipeline at the end of the year.

Don't ask B.C. residents to allow slack for an industry that would destroy our province and contribute severely to global warming and pollution. Ask the Alberta and Federal governments for training and investment in renewable resources.