Gitga'at First Nation and WWF partner up for marine protection 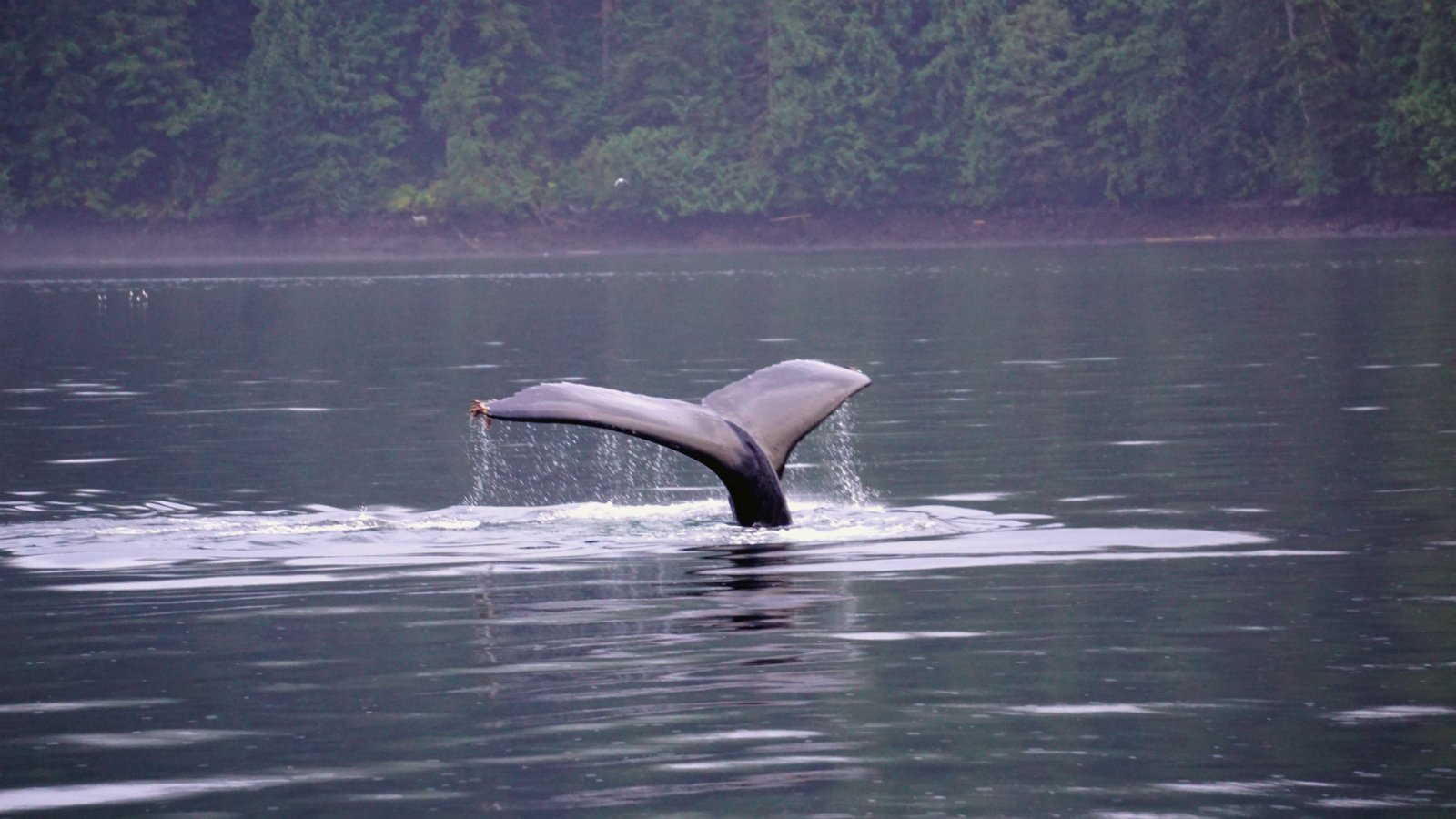 A humpback whale dives into the Great Bear Sea near the Gitga'at territory of Hartley Bay. Photo by Elizabeth McSheffrey
Previous story
Next story

The Gitga'at First Nation of Hartley Bay — a key negotiator of the renowned Great Bear Rainforest conservation agreements — and WWF Canada signed an agreement on Monday evening to lay a foundation for sustainable economic development in the community's traditional territory.

The territory encompasses more than 12,000 square kilometres of B.C.'s stunning Great Bear Rainforest - the largest coastal temperate rainforest left on Earth - and is home to some of the world's rarest creatures, including Spirit Bears, humpbacks, fin whales, and sea wolves. It remains threatened, however, by the Enbridge Northern Gateway pipeline, which if constructed, would send tankers through quiet Gitga'at waters, increasing the risk of a catastrophic oil spill and disrupting sensitive marine wildlife along the way.

The partnership was formed to "jump start" protection for local waters, said Gitga'at communications lead Art Sterritt, and in doing so, create an economy "that lasts forever."

"While we have a land-use plan — a good land use plan with legal objectives and good protection — and we have the same thing on the marine side, we don’t really have a plan for how to implement that," Sterritt told National Observer. "That’s where we’ve agreed to work together with the World Wildlife Fund which has experience from around the world on how to implement those things.”

The two groups have been working together on land and marine planning for 15 years, but have never formalized their partnership in writing. The agreement reached on Monday is founded on recognition of Gitga'at sovereignty and authority to protect the Great Bear Rainforest, and recognition of WWF Canada's track record implementing conservation approaches that respect the needs and traditions of Indigenous communities.

Previous collaborations between the two groups include the development of the territory's first marine-use plan in 2002, and building local capacity to monitor underwater noise from shipping and its effects on whales.

Both groups will dedicate scientists to work together at strengthening protection in local waters, building upon recently-announced legislation that protects 85 per cent of the land in the Great Bear Rainforest from commercial logging, but offers little in the way of marine conservation, critics argue. The First Nation and WWF Canada hope to create jobs in the process, both in the implementation of marine-use plans and the spin-offs created by a healthier marine ecosystem, like increased fishery opportunities.

"Is there an opportunity for training local people on the science?" asked WWF Canada president and CEO David Miller. "We don’t know the answers to that, but we do know that by working collaboratively, we can ensure that as we build more sustainability, we build a more sustainable economy as well. That’s really the goal of the agreement.”