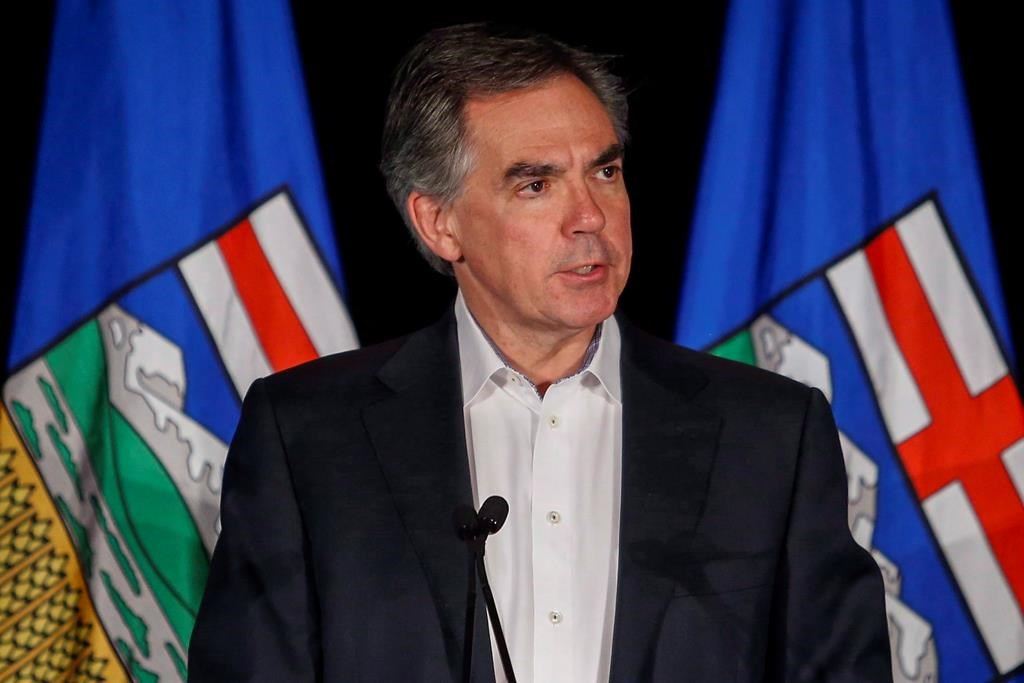 The family of Jim Prentice expressed its "profound shock and heartbreak" Friday after a plane carrying the former Alberta premier and three other people crashed into a heavily wooded area in southern British Columbia with the loss of everyone on board.

The small jet was en route from Kelowna to the Springbank airport, near Calgary, when it went down shortly after takeoff, also killing Ken Gellatly, the father-in-law of one of Prentice's three daughters.

"To lose two family members at once is unbelievably painful," the family said in a statement.

Prentice, 60, also a former federal cabinet minister, quit politics in May 2015 after the Alberta NDP swept the Progressive Conservatives from power.

The family described Gellatly as "a very special man" and expressed the "heartbreak" caused by the news.

"In the time Jim has been with us, he was a friend to many. Jim was a loving and compassionate man who dedicated his life to his family and public service. He will be so greatly missed."

A respected figure, tributes to Prentice and his legacy focused on his ability to work on a variety of issues with people, regardless of their political alliances.

"He was highly respected and well liked in the House of Commons, across all party lines, because he brought an intelligent, honest, and straightforward approach to everything he did," Trudeau said at an event in Standoff, Alta.

"I greatly enjoyed my interactions with Jim. The time I spent working beside him, across from him in the House. And while we didn't always share the same views, he was always incredibly kind and respectful to me, and I will miss him profoundly."

Rona Ambrose worked in cabinet with Prentice and the interim Conservative leader said he served with "great distinction" in a number of federal portfolios, including aboriginal affairs and industry.

"It is a huge loss to the country," she said in a statement. "He was a well-respected political leader and a business leader but we know he was most proud to be a father and grandfather."

Prentice left politics after the Alberta Tories lost a more than four-decade lock on power to the NDP, led by Rachel Notley.

Notley said she spoke with Prentice's wife, Karen, to express the "sorrow and sympathy" all Albertans feel at his death.

"He served our province in so many roles for so many years," said Notley, whose father also died in a plane crash in northern Alberta in 1984.

"He deeply loved Alberta. He worked tirelessly for all of us, in the true spirit of one who is committed to public service. I benefited from his advice, and the government of Alberta is continuing to pursue many of his initiatives."

A team of investigators from the transportation safety board was at the scene of the crash Friday near the community of Winfield, about 18 kilometres north of Kelowna.

Board spokesman Bill Yearwood said the Cessna Citation aircraft crashed about 10:30 p.m. Thursday, but he did not have any other information on what might have caused it to crash.

According to a preliminary Transport Canada report the Cessna 500 jet owned by Norjet Inc. took off from Kelowna and climbed to an altitude of 8,600 feet before disappearing off of radar.

"All attempts to establish communications were unsuccessful."

The report says the aircraft, which was built in 1974, was under instrument flight rules at the time of the crash.

"There was catastrophic damage at the crash site," said Moskaluk.

Sam Samaddar, director of the Kelowna International Airport, said the plane left at 9:32 p.m. and the airport was notified that radar contact with the plane was lost at about 10:15 p.m.

The plane, which can carry up to eight passengers, crashed about 10 kilometres northeast of the airport, he said.