By Bruce Cheadle in News, Energy, Politics | December 19th 2016
#620 of 1268 articles from the Special Report: Race Against Climate Change 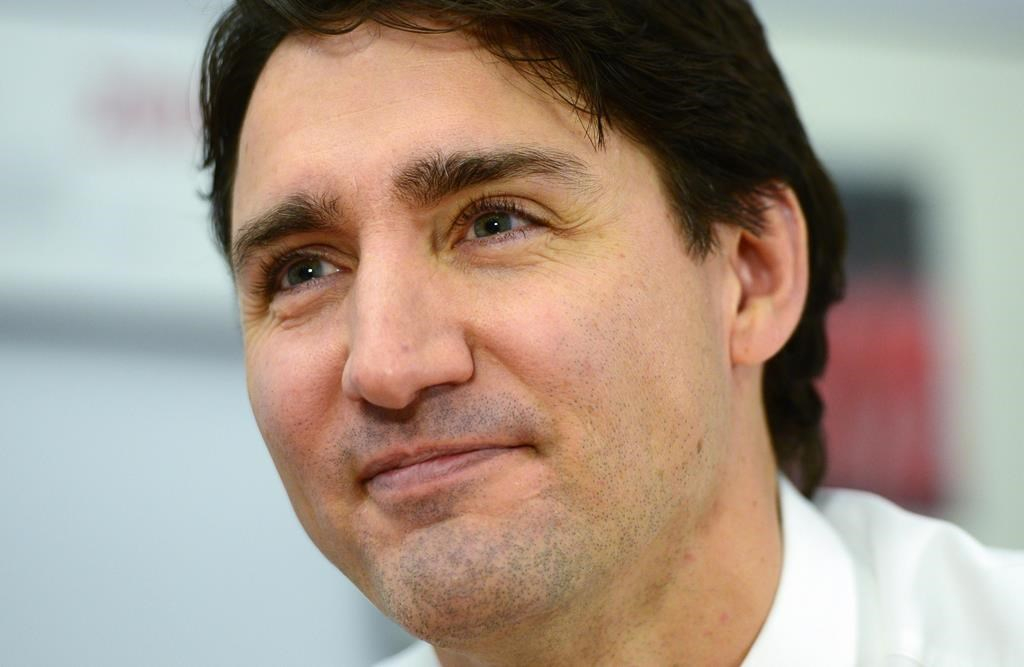 Prime Minister Justin Trudeau says his pan-Canadian climate plan can be considered a bust if it fails to put Canada on track to meeting its international, 2030 emission-cutting targets.

In a year-end, roundtable interview with The Canadian Press, Trudeau said Canadian voters in 2019 can assess his signature policy's success or failure by looking at the country's greenhouse gas emissions trajectory.

"If we've been seen to be able to bend the curve in the next few years and start to show a trend line that is going to reach and surpass that target — as I expect it to — people will know, in terms of emissions reduction, that we're on the right track."

Federal governments dating back to the Liberals who negotiated the 1998 Kyoto Accord have uniformly blown past emissions commitments without contrition or apparent political cost. But Trudeau says cutting GHGs 30 per cent below 2005 levels by 2030 — as promised at last December's Paris climate conference — is the minimum.

And if Canada is not on track when voters next go to the polls in three years?

"Governments have always tossed around targets and sort of try to out-do each other on 'my target's more ambitious than your target.' What we've been consistently lacking, regularly, is a plan to actually reach those emissions reductions. And that's what the pan-Canadian framework is all about.

The prime minister spent much of his first year in office negotiating a broad carbon-reduction plan with the provinces and territories, but still doesn't have everyone aboard following a first minister's meeting earlier this month in Ottawa. Saskatchewan Premier Brad Wall refused to sign on over the prospect of an escalating, federally imposed carbon tax, starting at $10 a tonne in 2018, while Manitoba's Brian Pallister stiff-armed the climate framework pending resolution of a federal-provincial dispute over health-care funding.

Nonetheless, Trudeau said the debate over climate change is over — now it is time to adjust, adapt and find opportunity in the transition to a low-carbon economy.

He likened the naysayers to those who criticized the 1987 Montreal Protocol on phasing out ozone-depleting chlorofluorocarbons, which were subsequently replaced in aerosols by cheaper and better alternatives.

"It never would have happened if there hadn't been clear leadership saying, 'this is where we're going, now put your best brains on figuring out what the better world is and what the better solutions are.' That's what Canadians are doing with this pan-Canadian framework and that's why it's so meaningful."

Canada's overall emissions profile did dip during the Conservative decade of prime minister Stephen Harper, but the decline was attributed to the global recession that hit in 2008-09. Emissions have been slowly rising ever since.

Trudeau, however, didn't blame the Harper years for Canada's current status as one of the world's per-capita emissions gluttons. The dismal record covers three prime ministers.

But he did say there is one irreversible Harper policy legacy that can't be overcome.

"One of the ones we're struggling with right now is over the course of 10 years, he under-invested in science and research," Trudeau said of his predecessor.

"And no matter how much we'd like to spend or how much we are going to be able to invest in science and research, there will always be a gap there that will have happened because of under-investment through a number of years."

Aggregate Conservative spending levels on science are a matter of much debate. According to the government's own accounting, federal science and research funding peaked in 2010-11 and then declined. Changes in granting priorities and the targeted closure of specific scientific areas — such as the Experimental Lakes in northwestern Ontario — are easier to catalogue.

Trudeau illustrated his allegation by pointing to the elimination of the mandatory long-form census, which the Liberals restored for last spring's national population survey.

"The historic record of statistics in Canada will always have a gap around census year 2011," said Trudeau.

"There's nothing we can do about that. You can't go back and collect data that wasn't collected the first time, so there are elements in which we will be less able to respond and innovate and build adequately right now because of things that the Harper government didn't do."

Biden tells Trudeau he used to be eye candy, too