By Teika Newton | Opinion, Politics, Culture | December 30th 2016
#4 of 53 articles from the Special Report: Letters to the Editor 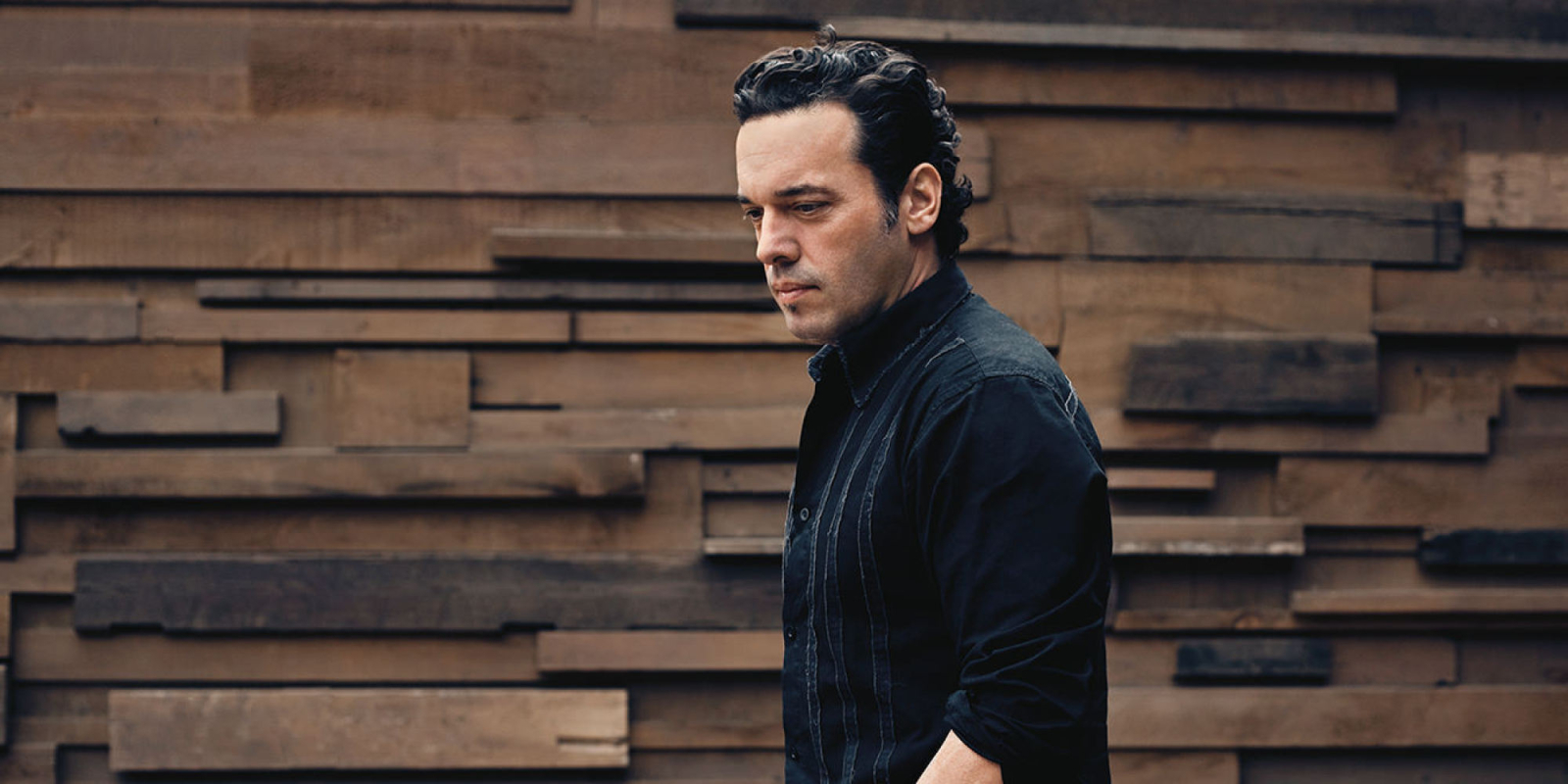 I've been reflecting lately about Joseph Boyden as a catalyst for learning lessons about racism.

Boyden is an author, a storyteller, who has risen to great fame and literary standing, telling stories that have elevated indigenous issues to the consciousness of many non-indigenous Canadians. In part he has succeeded in speaking with authority because he has promoted himself as having indigenous ancestry. His books have been widely read, much lauded, and he has profited handsomely from literary awards including some reserved for indigenous artists. As it turns out, though, Boyden’s lineage may actually not include much meaningful connection with indigenous ancestry, and this raises many questions about the ethics of his conduct. Specifically, it calls into question the merit of any good he has done through his art relative to the harms that come from cultural appropriation.

In a message posted on Twitter, Boyden said he doesn't believe anyone should ever be made to feel shame over their own identity.

"In an article written about me, I once said that, 'A small part of me is indigenous, but it's a huge part of who I am.' This remains true to me to this day and I have never spoken of myself in different terms than that," Boyden wrote. "Anyone who knows me, knows this. I've learned from my elders, teachers, and healers to speak my truth and speak from my heart with respect, humility, and love. And so this is what I always try to do. This is my truth."

Despite these good intentions, cultural appropriation is a racist act. Racism has become an overwhelming force of violence in our world over the past year. It has also been a constant tension throughout my life.

I was born in Kenora in 1975, only a year after the occupation of Anicinabe Park, an event often cited as seminal to the indigenous civil rights movement in our area, if not all of Canada. Anicinabe Park is also remembered as a peak of racial hostility, the memories of which still fill many people here with anxiety, fear, and skepticism about the aspects of the other culture that they do not understand.

The town in which I grew up was full of beautiful, kind, loving people. It was also fraught with racial tension that would from time to time escalate into overt violence. Under the surface, there always was - and still is - systemic oppression of First Nations people because we live in a society where white colonial rules are the norm, and social structures were designed to reinforce the power and privilege of one group over another.

Racism has been inculcated in me since my birth, simply because I'm white and I have profited by that. Every time I fail to recognize and reject these infinite small ways in which the colour of my skin or my cultural heritage gives me an advantage, I am actively supporting a racist system.

Over the past decade, I have worked at confronting my own racism, and the racism that exists in my community, in my workplaces, in my peers, in my country. Part of that work has involved deep introspection and self-reflection. Part of it has meant humbling myself, learning to be quiet and listen, to ask questions of others, to be willing to be guided and taught. I have spent time in ceremony and in community with so many people from so many different walks of life, from chiefs and elected leaders to homeless survivors of residential schools, to colleagues and my own family members and close friends.

Every person I have met has shared with me a personal story that has taught me about human capability, resiliency, compassion and strength. In empathizing with these stories, I have come to better understand my own identity, my own strengths and weaknesses, my own knowledge gaps. I have also learned to recognize where I have agency and ability that has nothing to do with my own efforts and skills, but has been conferred on me by default because I am a white woman.

This week, part of me wanted to reserve judgment on Joseph Boyden. He’s a superb writer and has used his gifts toward efforts to make the world better. Also, it’s Christmas and I want to be forgiving and charitable and kind. But the more I reflect on this story, the more I cannot stay silent and reserved.

I respect that every person needs to go through processes of self-discovery and should be afforded the space to do so. But one’s own self-discovery should never come at the expense of another person. Sadly, Joseph Boyden has allowed his process of personal growth to contribute to a violent act of racism.

As all writers do, Boyden used his writing for discovery. In his case, it was to explore questions about his own identity. He tried on other people’s experiences and cultural identity to see how they felt, and he used these adopted personas to inform and shape his writing.

This is part of the art of storytelling, and in a way, we all do this when we empathize with the stories other people tell us. I do this when I listen to Elders’ teachings and try to fit them to my own experience to better understand their meaning and intent. Stories are used as teaching tools because they are so effective at communicating experience in an easily relatable, empathetic way.

But Boyden went beyond the simple act of communicating empathy. His transgressions intertwine fraud, theft and, ironically, for a fellow whose books elevated an analysis of racism to the Canadian consciousness, racism.

Boyden misled peers in the literary world by failing to correct misapprehensions about his indigenous identity. Instead of being forthright about his own questions about his heritage, he accepted accolades based on a projected assumption of Indigenous heritage and he profited by this deceit. He has been the recipient of numerous literary awards, some reserved for Indigenous artists and to which he had no legitimate claim. This is fraud and theft, and while it is galling, it is probably the less insidious of his crimes.

The more troubling of Boyden’s wrongs is that he has committed a racist act of cultural identity theft. Whether he is or is not of indigenous ancestry is almost secondary to the question of what the impacts have been from his appropriation of cultural history that is not his own experiential history. Racism manifests when someone of a dominant and privileged class assumes the right to use the cultural pain of an oppressed class for their own emotional, financial or social profit. In stealing the voice of another, one denies a person an opportunity to access the tools of their own emancipation. Voice and story are the most fundamental, powerful tools we have for establishing and enforcing our identity.

I think if Boyden had wanted to be honest, he might have said, "Look, I am searching for my whole identity, which has been in part obfuscated through colonial acts of aggression that may either parallel or actually be the same as what First Nations people have experienced. The best way for me to explore this is through writing." But this isn't what he did.

Instead he actively reinforced systemic oppression of First Nations peoples by lifting their identities. In so doing, he objectified indigenous experience as a commodity that can be adopted and appropriated for personal profit, a truly reprehensible and pitiable act of racist aggression.

Boyden may yet end up being a catalyst for anti-racist learning, maybe less through the empathetic lessons within his writing, but if he – and we - choose to embrace the teachable moment before us.

Teika Newton is the executive director of Transition Initiative Kenora, an environmental non-profit focused on climate and energy issues and watershed protection based in Kenora, Ontario. For the past decade, Ms. Newton has worked on community development projects to enhance social, environmental and economic sustainability in the Treaty 3 territory.

I don't think he profited by

I don't think he profited by it. It's his great writing that sold the books, not his aboriginal heritage.

I appreciate Joseph Boyden's thoughtful response to the questions regarding his First Nations identity. While some of Ms Newton's points regarding cultural appropriation are well taken in general, her vilification of Mr Boyden seems overwrought, unjustified, and ill-spirited. More balance in reportage and allegiance to the facts would be helpful.

It is not how Boyden write

It is not how Boyden write but how he treats people. The writing of Galloway letter the manipulation of facts the use of M atwood to insert indigenous identity his lack of empathy toward indigenous women who pleaded to have the letter taken down UBC women as well the treatment of people in community he used for Black Spruce - ask myself who or what kind of a person does this - a person without a conscience. Boyden has no identity. He has perpetrated fraud and I hope he is not underestimated in his ability to do more harm. Crimes of theft and use of false identity to secure funds hopefully will be addressed. Google charm mecurial vague falsehoods manipulator for his own interests. He will continue to vacillate and will divide communities turn them upside down. He does this because he does not have a conscious and that is why his behavior is so difficult to comprehend because if u had a conscience he could not perpetrate his actions. So hand on for his responses to all of this.