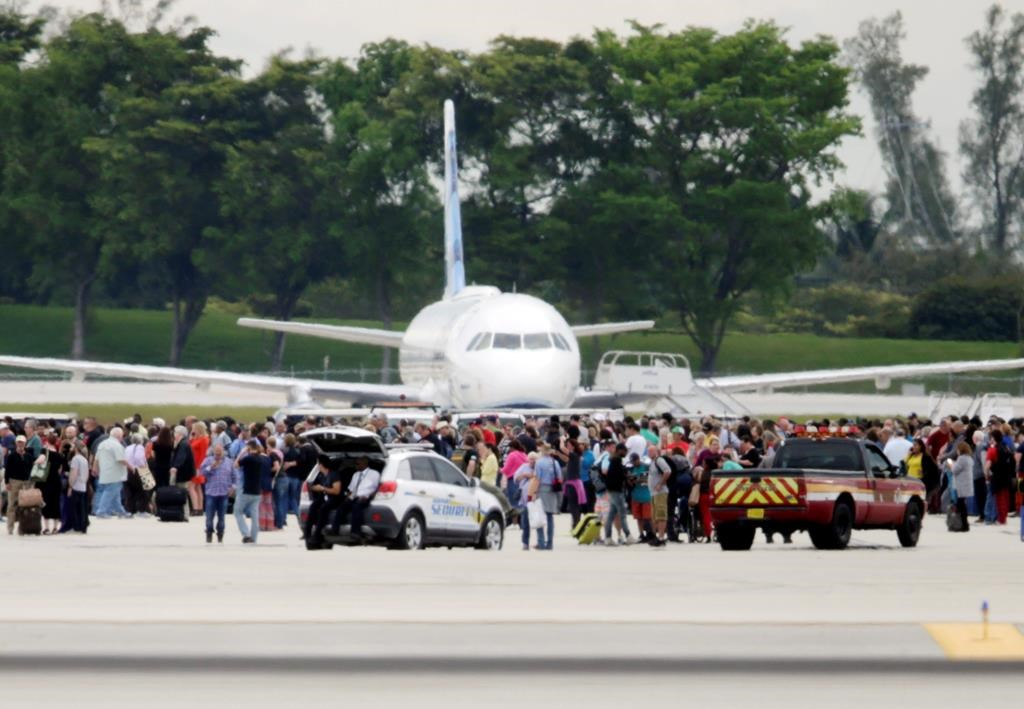 Canadian government officials were trying to determine whether any Canadians were among the casualties of a mass shooting Friday in the baggage area of the airport in Fort Lauderdale, Fla.

The office of Foreign Affairs Minister Stephane Dion said it had no immediate information about Canadian citizens being among the five people reported dead or eight injured after a gunman opened fire.

Air Canada and WestJet had said all their passengers and employees at the Fort Lauderdale airport were accounted for and safe.

Both Global Affairs and the Department of National Defence also said they were not aware of any requests for assistance from U.S. authorities.

U.S. authorities said a man identified as Esteban Santiago was arrested after the shooting inside Terminal 2, which serves Air Canada and Delta. The rampage sparked pandemonium and shut down the airport.

Air Canada and WestJet, which service Fort Lauderdale, said they had no record of any passenger with the name of the suspect or of any checked guns on any of their Friday's flights to the U.S. city.

"We can confirm that we have no record of such a passenger by that name," Air Canada tweeted.

"WestJet can confirm that we have no record of the alleged suspect on the passenger manifests for any of our Fort Lauderdale-bound flights," a spokeswoman said.

Under Canadian air safety rules, passengers can only pack firearms in their checked baggage provided the weapons are unloaded and in a locked, hard-sided container. Passengers must also declare the firearms at check-in.

Air Canada spokesman Peter Fitzpatrick said in an email that passengers on the airline's departing flights were safely evacuated on the tarmac. Those on flights arriving from Montreal and Toronto were being held off gate while the terminal remained closed.

Air Canada implemented a rebooking policy for passengers travelling to and from Fort Lauderdale on Friday and Saturday, Fitzpatrick said.

WestJet spokeswoman Lauren Stewart said the airline was monitoring the situation but believed its passengers and staff were safe.

"As of now, four WestJet flights are affected," Stewart said late Friday afternoon, adding about 520 passengers were affected by cancellations and delays. "No flights are allowed to land at FLL, so we have cancelled two flights and a third is being diverted to Montreal."

A fourth flight was holding on the ground waiting to leave for Ottawa at Fort Lauderdale's Terminal One.

A Twitter user from Manitoba named Liam said he was at the airport when the shooting happened.

"Im at the ft lauderdale airport and just went through the most terrifying experience in my life," read the tweet.