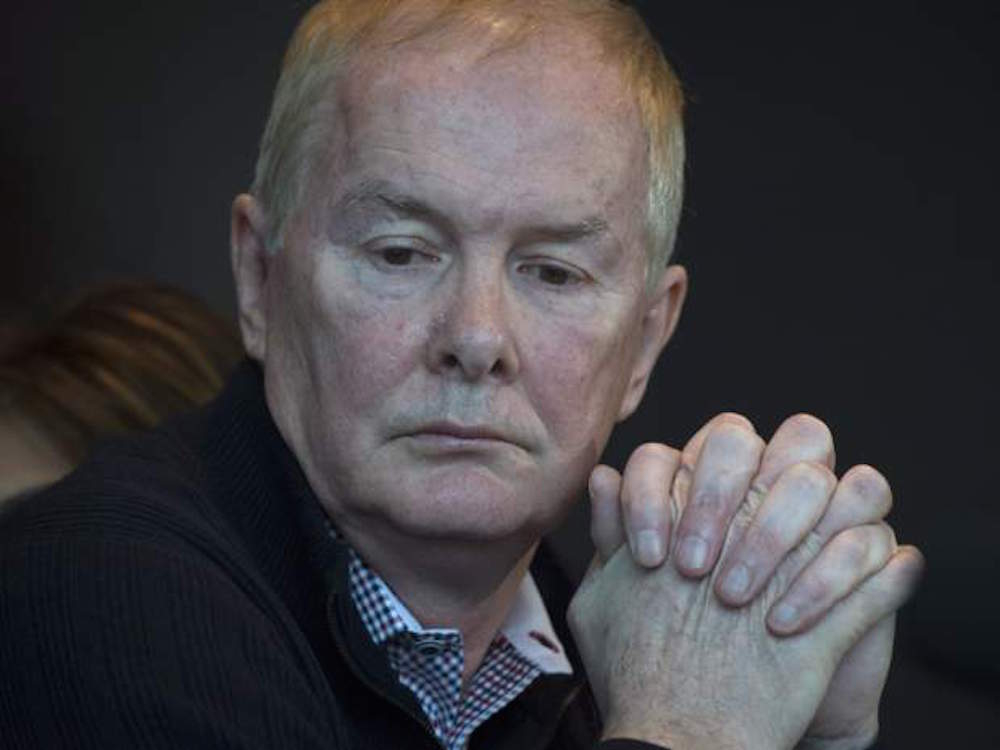 John Furlong addressing the media from his lawyer's office in March 2015. File photo by Canadian Press
Previous story
Next story

The mainstream media’s take on the John Furlong situation is wrong.

The Globe and Mail’s Gary Mason today wrote that, in 2015, Supreme Court Justice Catherine Wedge rendered a “devastating critique” of “many of the claims brought” against Furlong.

In 2015, Mason wrote that Furlong had been “cleared of the ruinous accusations against him because they had no basis.”

The judge said, of the purported multiple declarations from alleged indigenous victims of Furlong’s alleged abusive conduct, only three had ever been “even minimally tested in a way that we, as a society, believe our system of justice requires when a citizen faces such serious and devastating allegations.”

Here are the facts. The vast majority of the claims brought by First Nations people against Furlong have never been tested in court.

In September 2012, the Georgia Straight published an article written by journalist Laura Robinson. The article outlined First Nations claims of abuse made against Furlong.

As a result of that article, Furlong sued Robinson for defamation. From the outset, he called the First Nations alleged victims “liars.”

Had Furlong not dropped that lawsuit, the First Nations complainants would have had the opportunity to respond to his outright rejection of their claims. The only Supreme Court action that proceeded to trial was that involving Robinson’s libel suit against Furlong.

On the first day of that trial, Madam Justice Wedge excluded as irrelevant the affidavits filed by the complainants named in the Georgia Straight article. She did so, properly, on the grounds that evidence regarding their alleged abuse was irrelevant to the matter of libel.

The judge did, however, comment on three separate actions that had been brought against Furlong.

Of the three, one had withdrawn her complaint for personal reasons. As for the other two, which surfaced months after Robinson's story, Madam Justice Wedge noted that their written complaints had been dismissed, by other justices, as lacking in merit. As for the numerous other complainants, their credibility has never been tested.

As noted, when their allegations first surfaced—in September 2012—Furlong responded by calling them all liars, a position he has maintained throughout.

As further noted, Furlong having originally sued reporter Laura Robinson for libel, later dropped that suit. Had that matter proceeded to trial, both parties would have had their “day in court”—meaning that both sides would have cross-examined the other and the presiding judge would have weighed their respective credibility.

Because Furlong, for reasons known only to him, dropped his lawsuit, that never happened.

In short, when Furlong and others say that he has been vindicated in a court of law, they speak erroneously. No court has ever weighed in on the considerable bulk of the allegations against him.

What should happen now? In my view, the only fair outcome is one that best serves the interests of both parties.

Furlong and his supporters say he is being tarred and feathered — presumed guilty — without a trial. Similarly, the First Nations alleged victims say the same thing. Indeed, they have been demanding the right to be heard for a long, long time.

Both parties deserve a hearing. A fair and impartial process is the only way to get to the bottom of what really happened.

The allegations brought by certain First Nations people against Furlong should be investigated by an independent and reputable third party—e.g., a retired Supreme Court justice.

Until and unless such occurs, the back-and-forth accusations and recriminations will continue to fly, and neither party will have any hope of respite.