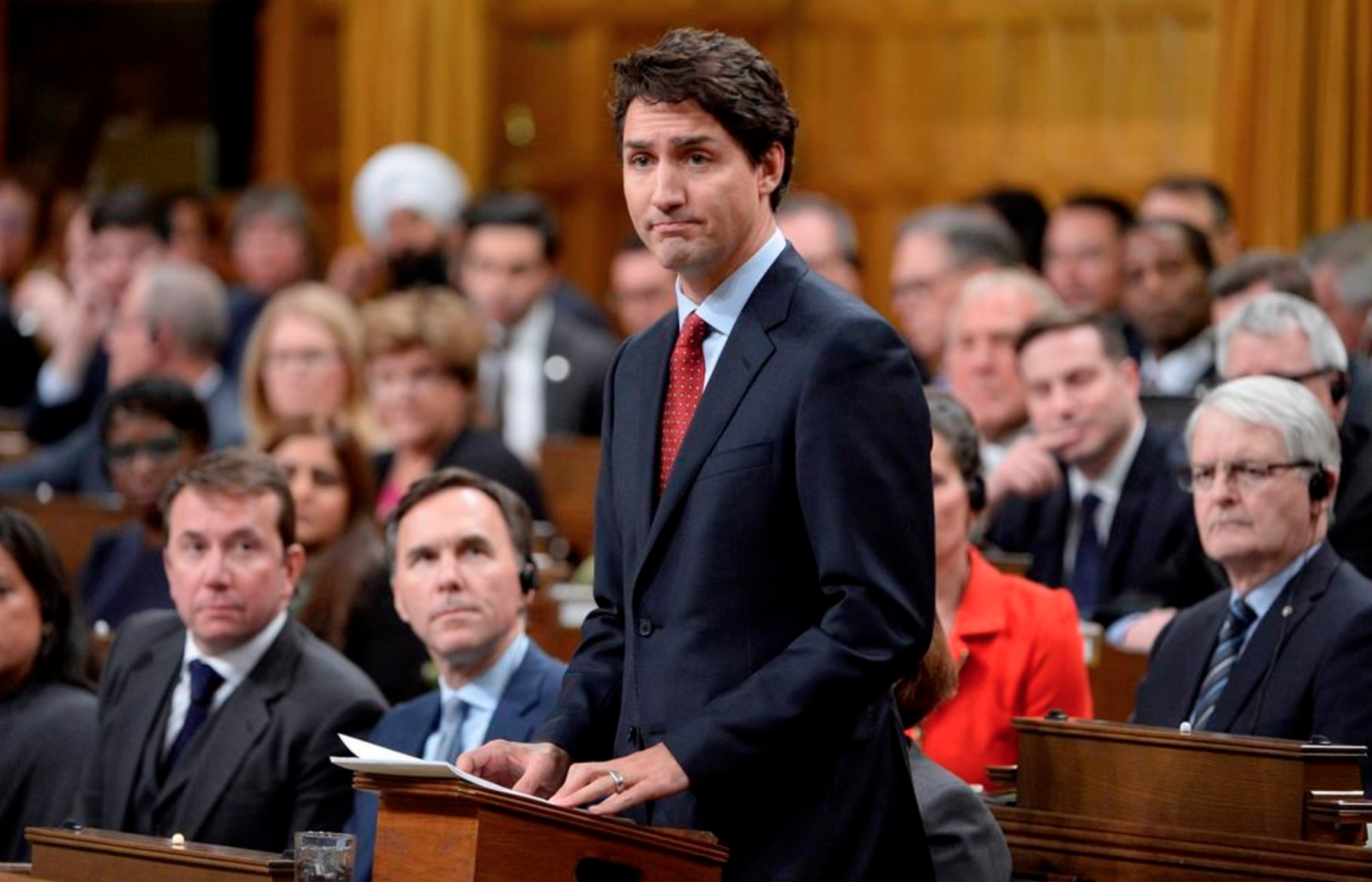 All of Canada is nursing a broken heart in solidarity with the country's Muslim community following a deadly terrorist attack at a mosque in Quebec City, Prime Minister Justin Trudeau said Monday.

First in French and then in English, a solemn Trudeau delivered a heartfelt statement in the House of Commons — shortly after Parliament resumed following the Christmas break — to address what he called "a despicable act of terror."

"To the more than 1 million Canadians who profess the Muslim faith, I want to say directly: we are with you; 36 million hearts are breaking with yours," Trudeau said."Last night's horrible crime against the Muslim community was an act of terror committed against Canada and against all Canadians. We will grieve with you, we will defend you, we will love you and we will stand with you."

Six people between the ages of 35 and 70 were killed in the bloody massacre that took place Sunday at the Centre culturel islamique de Quebec mosque in Quebec City's Sainte-Foy neighbourhood.

At least 12 other people were taken to hospital, two of whom were in critical condition, said the Centre Hospitalier Universite Laval. Police had two people in custody Sunday night, but by midday Monday were describing one of them as a witness.

U.S. President Donald Trump also spoke to Trudeau by phone Monday to offer his condolences to all Canadians in the wake of the deaths.

Trump "offered to provide any assistance as needed," A Trudeau spokeswoman said.

Later Monday, Trudeau was to travel to Quebec City, accompanied by his fellow political leaders — a rare show of cross-partisan unity that illustrated the magnitude of the tragedy.

MPs from all sides of the partisan divide shared their reactions to the shooting Monday as they gathered on Parliament Hill for the first day in the Commons of 2017. Conservative MP Sylvie Boucher, who represents a riding in the Quebec City area, had tears in her eyes as she described her reaction to the attack.

"We always imagine that it is very far away from us, but it is very close," said Boucher, who described speaking to her daughters before leaving for Ottawa, telling them to share a positive message with their Muslim friends. "Tell them the door will always be open."

Many MPs were also still reeling from Trump's immigration ban on people from seven Muslim-majority countries, including Syrian refugees — a measure that has sown anxiety and confusion for Canadians and others around the world.

Economic Development Minister Navdeep Bains called for openness at all levels, from economic trade to immigration and refugees.

"Countries are becoming more inward, they are promoting protectionism, and the other school of thought is really around innovation and being open to ideas, trade and people," he said. "I think Canada's vision on this has been very clear. We believe in innovation, we believe in focusing on people, we believe in being open to ideas and to trade and that's what we've been saying since day one and that's what we'll continue to advance."

When pressed for his specific thoughts on the immigration ban, Bains would only say Canada is making its values known through its actions.

"We are trying to lead by example and I think that's what the world expects us to do."

"When you have the most powerful political figure of the world acting as a troll in charge, it has an effect," Angus said. "The role of Canada, to be clear, is to work with our allies and to push back against the rising extremism that we see from the Trump administration."

Omar Alghabra, the parliamentary secretary to the foreign affairs minister, said his own story of coming to Canada from Syria should serve as an example of what welcoming others can bring to a country.

"It shows how together we have built a unique society and how we are prospering together," said Alghabra, whose role as parliamentary secretary is focused on consular affairs. "It's when you give individuals the opportunity to live in dignity, that's not only when they lift up themselves, but they lift the community they live within."