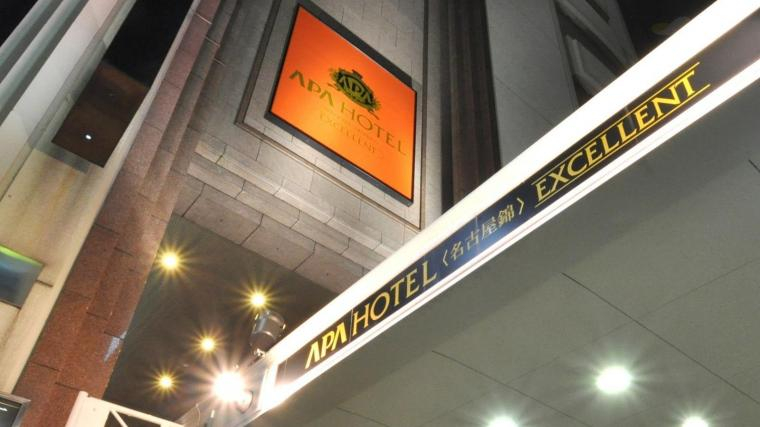 One of the APA Group's hotels in Japan. Photo from APA Group
Previous story
Next story

Complaints about anti-Semitic content have prompted an international hotel chain, the APA Group, to remove an in-house magazine from its rooms in six British Columbia Coast Hotels.

Although the hotel chain’s founder issued a letter saying the publication has been removed, the content is still available online and potentially in the chain's other North American and Japanese properties. Meantime, members of Vancouver’s Jewish community — who first spotted the offensive content — await an apology from the APA Group that took over Coast Hotels last September.

The comments about Jews were made by the hotel chain's founder, Toshio Motoya, and published in the February issue of Apple Town. In the same article, Motoya also castigated Canadians, saying that there are “more anti-Japanese people in Canada than you would expect.”

Distributed within the Coast Hotel chain, the magazine carried a piece titled Trump’s Presidency is an Opportunity for Constitutional Reform with the sub-title: An American counteroffensive against Jewish Globalism. The subtitle has since been dropped online, but has prompted criticism from prominent Canadian Jewish leaders, including Bernie Farber who said he was left "speechless" and wondering whether he had gone back in a time machine.

Motoya is quoted saying that the “Jewish people control American information, finance, and laws, and they benefit greatly from globalization because they move their massive profits to tax havens so they don’t have to pay any taxes. Many Jewish people support the Democratic Party.”

Motoya founded the APA Hotel Group in 1971. The chain has more than 373 hotels in Japan as well as 38 properties in North America.

APA Group is among the top hotel companies in Japan, and is expecting 2016’s revenue to reach $1.3 billion.

In the article, Motoya argued that anger against the Jews in the U.S. led to the election of President Donald Trump. He also said that Jews form the top one per cent in the U.S. and that the remaining 99 per cent “feel dissatisfaction and anger towards them.

“We can view Trump’s victory as an explosion of these feelings because there is no other explanation for more than 50 per cent of white women choosing Trump, who repeatedly made reckless remarks that were very discriminatory against women.”

Katsumasa Komoda, the president of Coast Hotels Canada, told National Observer in an email that shortly after the "unpleasant language" was brought to the attention of Coast Hotels in Vancouver, the publication was pulled. "We believe we have now taken the appropriate remedial action to deal with this matter," he wrote.

Komoda also wrote a letter in response to the complaints, dated Feb. 3 and on Coast Hotel letterhead, stating that the views expressed in the magazine did not reflect the values of Coast Hotels, its leadership team or its employees.

"We are deeply saddened at the concerns raised by the Jewish community - concerns that we share - and are glad to have brought a swift resolution to them."

But many in Vancouver don't believe the issue is resolved. Esther Chetner, a retired lawyer in Vancouver who is involved in various community projects, along with others in the community pushed the hotel chain to drop the magazine after the slurs were brought to her attention.

In a letter to Motoya, Chetner wrote that “these anti-Semitic words are unacceptable” and called the public dissemination of the material “deplorable, harmful — and probably illegal.”

“You might somehow believe what you wrote, and try to claim the defense of ignorance, but a global citizen of the world like you surely has had many years of opportunity to learn an accurate understanding of important world history," Chetner added."Your offensive words have no place in our country.”

“It’s the type of thing I really haven’t seen in many years. I don’t know if this guy took a time machine and travelled back in time. Honestly, I don’t get it. If it were coming from a neo-Nazi, you would say, it’s this person or that person. But this is coming from a leader within the Japanese economy. I’m kind of left a little speechless.”

The magazine also attracted the attention of the Pacific Region branch of the Centre for Israel and Jewish Affairs (CIJA) who tweeted a sharp rebuke. A CIJA spokesperson offered no further comment.

Chetner’s letter, along with advocacy from CIJA and others, spurred the hotel chain to pull the publication, and prompted a rebuttal letter from Motoya in which he emphasized his strong connection with the Jewish people, and his connections with former Israeli ambassadors.

“It is very unfortunate that my writings gave you an erroneous impression that I hold anti-Semitic beliefs. I myself try to keep the relationship with Israeli people and look forward to continuing dialogue and promoting through culture exchange,” Motoya wrote.

Chetner called Motoya’s statement “a bizarre, non-apology because he kind of sidesteps his anti-Semitic comments. He certainly doesn’t take responsibility for them.”

“It’s not really a matter of erroneous impression,” she said. “I think the issue is, his writing is anti-Semitic, and I hope that he can come to understand that, acknowledge it, and apologize.”

It’s not the first time Motoya has propagated such ideas through Apple Town. National Observer discovered that in the September 2015 issue of Apple Town, he wrote among other things: “After losing their country, the Jews became a nomadic people that wandered the world for 2,000 years and suffered much hardship.

“During this time, they created a Jewish network and took control of the worldwide financial, media, and legal circles, by which they conducted information strategy warfare as a method of self-protection.”

Motoya has also attracted criticism from the Chinese media and government for saying that "the 1937 massacre of Chinese troops and civilians by Japanese soldiers in Nanjing was a 'fabrication," according to The Guardian newspaper.

In the most recent issue of Apple Town, in the same article that contained the controversial comments, Motoya also castigated Canadians, saying that there are “more anti-Japanese people in Canada than you would expect.”

He added that an earlier issue of Apple Town drew another Canadian complaint over an essay in which Motoya contended, “Japan could have achieved a more advantageous reconciliation if the army and navy had together conducted the Attack on Pearl Harbor, captured Pearl Harbor, and used its docks and heavy oil tanks while also destroying the Panama Canal.”

Motoya is less than conciliatory about the previous complaint, adding: "But we still have Apple Town in the rooms because I don’t believe it is wrong for me to put my own words in my own hotels. I am the founder and owner, so I can clearly write and say what I want to.”

Clarks Lichtroze
Not preparing for tiny youngsters could be a very large wedding planning mistake. When you have numerous small children arriving, you are able to nearly guarantee that you will see noise. Youngsters can also be unruly. When planning your wedding, you should have a reserved area simply for the youngsters with actions they can take part in to hold them selves distracted.

40 is one of the position in your life the place you will understand that you're actually getting old, and this is especially true for those who have teenagers at this moment. Lifestyle can really start to speed up using this point on, and the thing that makes it more serious is the fact 2 decades came and journeyed instantly. Focus on your growing older now, and try to take pleasure in your elder yrs by utilizing a number of these recommendations.