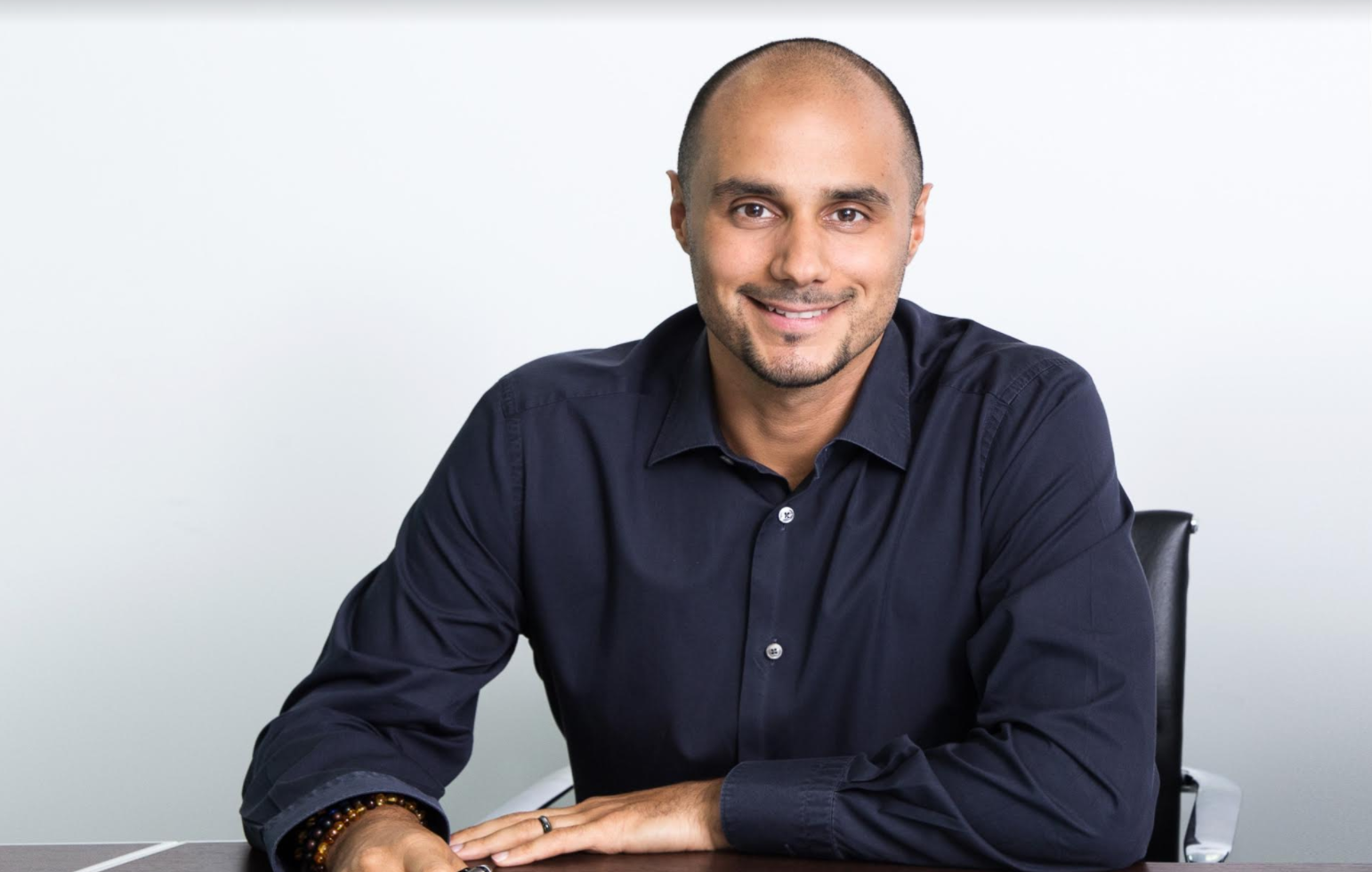 Prince Khaled bin Alwaleed is an outspoken animal welfare advocate who is investing his fortune in sustainability. Photo courtesy of KBW Investments
Previous story
Next story

Saudi Prince Khaled bin Alwaleed is the son of one of the wealthiest men in the world and comes from a country of billionaire elites who have amassed great fortune from oil reserves. But the 38-year-old businessman, an avowed vegan and animal lover, is determined to leave a cleaner, greener mark on this earth than other members of the Saudi royal family.

How do you get other business leaders excited about investing in climate solutions?

How 'lucrative' are we talking here?

"Let’s talk about solar for example. It’s one of the biggest initiatives that’s been leading the way here in the Middle East. From my studies and consultations with specialists, just installing solar panels for 1,000 megawatts of power — and we’re talking about gigawatts, as well, it’s not going to be a small task by any means — but that will translate into a huge percentage of savings for Saudi in terms of spending on internal consumption of energy, instead of using that money to sell oil.

"Obviously oil isn’t the best thing for the environment, but at the end of the day, oil will be here long after I’m gone and long after my kids are gone. The point that we’re trying to make here is to diversify our income stream from oil to other alternatives. That’s the point I’m trying to push for them private sector. Will the government reduce its dependency on oil? For sure. Are they going produce less? That's a government issue. I speak for myself and parts of the private sector.”

Was there a particular experience or event that awakened you to the urgency of climate change?

“You don’t have to be a rocket scientist or scientist to understand that climate change is real. I’ve seen the data out there and it is worrying, honestly. The funny thing is, and I’ll tell you something that really struck me, when a lot of people speak about the climate they say: ‘The world is going to end, it’s very dangerous, and we’re hurting the environment.’ Sure, we’re hurting the environment, but at the end of the day, we’re only hurting ourselves.

"The environment will get hurt to a certain point and then it’s going to backlash on us. Then, either we're going to be gone and the world is going to go back to being the beautiful, lush place that we were supposed inhabit, or it’s just going to continue to decline. We’re not necessarily hurting the environment, we’re hurting ourselves.”

How did your project installing LED lights Jordan come to fruition?

“I’ve been working on the LED project in Saudi for about five years... I partnered with a company called LITE-ON from Taiwan. I decided to go straight to source to be honest, just to undercut all the competition that I have with amazing pricing. My idea here isn’t just to profit from pricing, but to use other alternatives and other means to make money on this.

“It was really hard to convince the municipalities (in Saudi Arabia) that this is a good initiative and this is a good way to go forward with it. They didn’t really believe in it and they weren’t really the types that were leading the way for change... So, I decided to go to Jordan. They don’t have as many resources over there, so it really made sense. I proposed this idea to His Majesty King Abdullah and he really liked it. He arranged for some meetings with the minister of energy and the minister of municipalities, and that’s how it really became what it is now.

"We’re changing the entire country’s lighting infrastructure to LEDs. That’s a stepping stone to what we want to do in the Middle East and Saudi. That was proof of concept, if you will, and our next market is definitely Saudi, Qatar, the U.A.E. and Bahrain.”

What's is the biggest challenge for the Middle East on climate change, reducing dependency on oil or changing the mind frame of municipalities?

"All of the above. Now, with the change of government and the taking charge of Deputy Crown Prince Mohamed bin Salman, we’re seeing a huge initiative by the government to hold accountable the government officials with no initiative, who delay projects that are good for the planet, and two, reduce the dependency on oil revenue, and diversify Saudi to hopefully be an investment-based, tourism-based, and entertainment-based economy. This is what we’re seeing right now.”

Your father has invested substantially in charitable causes. We spoke in our first interview about the ways he has influenced you. Are there any ways you’ve influenced him?

"Funnily enough, I would usually say no — I am influenced a lot by him and I learn a lot from him — but recently, yes. I introduced him to Dr. Michael Greger’s book, How Not to Die, last August. Two months later, he literally transitioned to being vegan, which has a huge impact on the environment–not necessarily one person does it, but if every person did that, it would have a huge impact. So that’s a big change I would hope to take credit for, but I think the credit is due to Dr. Greger, his book and his research... He basically dedicates his life to reading every published medical journal based on nutrition so we don’t have to, and gives us what his findings are... and when it comes to my dad, he followed this stuff. He was 95 per cent vegan already, but I’m happy he went 100 per cent.”

What is the catalyst that could take veganism in the Middle East to the next level?

“There is an epidemic of obesity in the Middle East, in Qatar and Saudi Arabia specifically, but I'm going to talk about Saudi right now. Honestly, I think the government needs to hold accountable these companies that are coming up with these 'fast food' chains left, right and centre. Obviously, I understand people need to make healthy and conscious choices, but I don’t think the onus is 100 per cent on people.

"It’s the government’s responsibility to educate people a lot more and to literally deter some of these companies from advertising left, right and centre... Put a tax on them or something, so the government can mitigate all the health risks that will come up in the next 10 or 15 years when the 60 per cent of Saudis under 21 grow up. If all these kids and youngsters aren’t careful with how they eat, that’s going to be a huge burden on the government on health care in the next 20 years.”

So are you optimistic or pessimistic about the state of the world going into 2017?

“Honestly, I’m not sure why people are so pessimistic. There’s always hope, and as cliché as that sounds, it’s the truth. We can reverse what’s happening in the world. I don’t share the pessimism people have right now on so many aspects — when it comes to climate change, when it comes to obesity, when it comes to President Donald Trump.

"I always prefer to look at the positive things and the goodness in people. I’ll give you the weakest example: I thought that I would be the only vegan in Saudi, because I’ve never heard of a vegan in Saudi. It was miserable, socially. But then I started posting on Instagram and social media, and then I started meeting so many vegans — vegans in Riyadh, vegans in Jeddah, vegans in Dubai. It’s a beautiful thing, everyone coming together, not necessarily pushing the agenda of veganism, but pushing the agenda of animal rights, human health to the public.

“I’m really optimistic about the trend I’m seeing here and in the world in general. I’m not going to lie and say I don’t get other people’s points, but I have to choose to be optimistic because at the end of the day, I’m here temporarily. I’ve got two daughters and I need to leave something positive for them. Only having a negative outlook on the world will rub off on them, and that’s another reason why I have to be optimistic.”

Editor's Note: This interview has been lightly edited for clarity and length. To learn more about Prince Khaled's work on climate, sustainability, and clean energy, read National Observer's feature, Meet the vegan Saudi prince who's turning the lights on in Jordan.