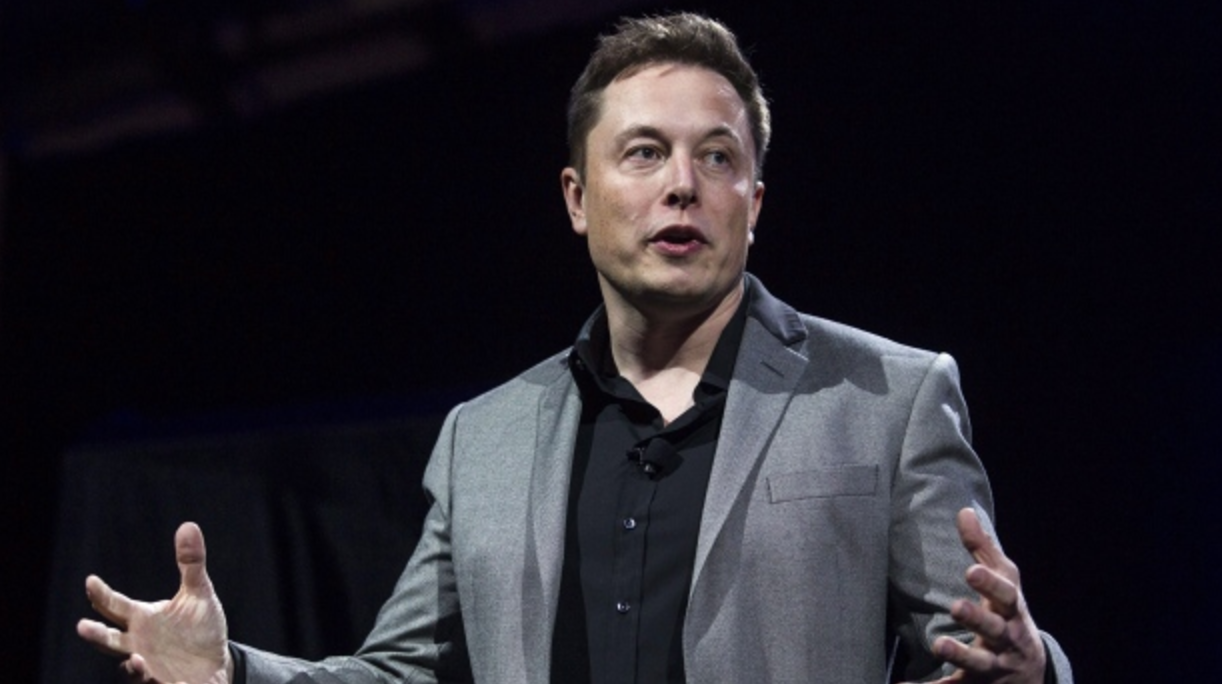 Last December, while Donald Trump was lining up his new cabinet and while Vladimir Putin and Bashar Al-Assad were busy bombing what was left of eastern Aleppo, Elon Musk was stuck in traffic. He decided to pass the time by writing a few tweets:

“Traffic is driving me nuts. Am going to build a tunnel boring machine and just start digging...”

“It shall be called ‘The Boring Company’”

Various media outlets reprinted these tweets and what started as a rather labored pun became a news story. Was Musk for real? Was his next venture going to involve digging tunnels? Probably not was the conclusion, but it provided a little light relief from the ugly stuff that was going on in the real world.

But now, a couple of months later, with Mr Trump sworn in as president in a ceremony watched by the entirety of the free world and with Mr. Musk newly appointed as President Trump’s Special Advisor on Job Creation and Productivity, the tunnel idea has resurfaced and it looks like the pun may become reality.

This shouldn’t however prevent us from treating it as a joke.

If traffic is really so bad that one cannot move, then digging a tunnel might afford you temporary relief, but without a long term reduction in the number of drivers at some point the tunnel will be packed as well. At which point you could always build a flyover. Or better yet privatize the tunnel and reserve it for tech executives. The genuine solution – a reduction in the number of cars – by definition will not appeal to someone who runs a car company and has just been given a mandate from a Republican President to create jobs through infrastructure investment.

All of which wouldn’t really bother me (GOP behaves like GOP, CEO behaves like CEO) if it weren’t for the fact that Musk is so regularly held up as a hero by certain parts of the environmental movement, who see in Tesla’s electric cars the promise that we can carry on living exactly as we do now and indeed that billions more people can one day live like us. This is a wonderful vision, combining progressive social change, free markets, care for the environment and a car that does 0-60 in two and a half seconds. And best yet, it comes at no cost; we do not need to give up anything and indeed could even make a great deal of wealth if we manage to back the right technological horse.

Unfortunately, it is also a lie. We as a species are in a deep, deep hole right now and we have got here through the extraordinary technological progress of the Twentieth Century, of which fossil fuel extraction is both a cause and a symptom. But we are so wedded to this beautiful, frictionless world which we inhabit that we cannot imagine the solution to our problems coming from anywhere else but technology. If engineers have come up with such amazing things as air travel, iPhones and nuclear warheads, how can they not also come up with a solution to such simple problems as poverty or climate change? Isn’t solar energy already replacing fossil fuels? Isn’t it only a matter of time before we are all clean, green, wealthy and on our way to living forever? I would love to believe this (apart from the living forever part which has never really appealed) but I cannot see any evidence to support this techno-optimism.

My grandfather, Bruno Antonio Quintavalle, was for almost fifty years the CEO of Magneti Marelli, a company that built high tech component parts for the automobile industry. As early as 1931 Magneti Marelli was building batteries for electric drive vehicles. In 1939 they built the first experimental system for television broadcasts, long before Italy even had televisions. In the 1950s they helped construct the proton synchrotron at CERN in Geneva. My grandfather was a Twentieth Century version of what Elon Musk is now, a technological visionary. Like Musk, he had a good relationship with the ruling parties (including the Fascist regime of Benito Mussolini) and was knighted for his services to the Italian economy.

But his vision of the world was shaped at a time when global population was under three billion, when resources were abundant and when we didn’t know what we do now about climate change. And what we do know is alarming. According to the latest figures, if we want to keep the planet below 2°C of warming we have twenty-five years to wean ourselves off fossil fuels. This will be hugely difficult to do, and two degrees of warming will still cause major disruption to human and animal life, but this goal remains within the realm of possibility if we start immediately reducing our energy consumption. However, if we are to maintain our current lifestyles while simultaneously building an entirely new energy and transportation infrastructure then we will need to expend a massive amount of energy. This is the Catch 22 situation in which we find ourselves – to get out of the hole by using technology alone we will have to not only carry on digging but also significantly increase the speed at which we dig.

Which is why an electric car, with all the copper, cobalt and energy it embodies, is a Twentieth Century solution to a Twenty First Century problem. When my workaholic grandfather finally retired in the 1970s, there were approximately 200 million cars in the world; today there are 1.2 billion, of which 260 million are in the US. This is an unsustainably large number and the current boom in electric car sales should not divert our attention from this fact. On paper, an electric car is better than a gas-powered one (although bear in mind that two-thirds of the world’s electricity is still generated by burning fossil fuels), but without a significant reduction in the number of cars on the road and a concomitant reduction in overall energy usage, then electric cars will simply drive us to hell by a slightly more scenic route.

The only real solution to the situation in which Mr. Musk found himself last December and in which we as a species find ourselves today is to stop digging. Or, better yet, to use our spades to start planting trees.

" However, if we are to maintain our current lifestyles while simultaneously building an entirely new energy and transportation infrastructure then we will need to expend a massive amount of energy. This is the Catch 22 situation in which we find ourselves – to get out of the hole by using technology alone we will have to not only carry on digging but also significantly increase the speed at which we dig. "
This paragraph neatly summarizes the dilemma our world is in, and can only be solved by resolutely following several paths at once:
1. Accepting the fact that we must, somehow, stop populating the world with more of us. The carrying capacity of the world has been exceeded many times over for us to become sustainable as a species.
2. Accepting the fact that we are not going to maintain our current lifestyles in first world cultures.
3. Accepting the fact that 2nd and 3rd world cultures are going to continue trying to catch up with the 1st world cultures. In order to find this balance they will need a huge hand up from the 1st world. My brother's keeper must be our humanistic response to this need.
4. Accepting the fact that digging must stop NOW!
5. Accepting the fact that we must do all of this at once with very little time left to do it.
As I see the present world situation none of this acceptance is widespread enough in order to limit global warming to less than 3.5 - 4 degrees higher by the end of this century, by which time nature will have forced itself upon us all catastrophically. Undoubtedly there will be tiny pockets of humanity left here and there, but civilization as we know it will have ceased. Highway increase and/or maintenance, Elon's electric cars, unlimited air travel, and other forms of transportation will no longer be a concern because the wealth of nations will have been exhausted by then just trying to keep up with nature's approach to entropy as the final solution to everything manmade. I hope I'm wrong in this dystopian prediction but it remains for more optimistic souls to persuade me of that.