By Michael MacDonald in News, US News, Culture | February 26th 2017 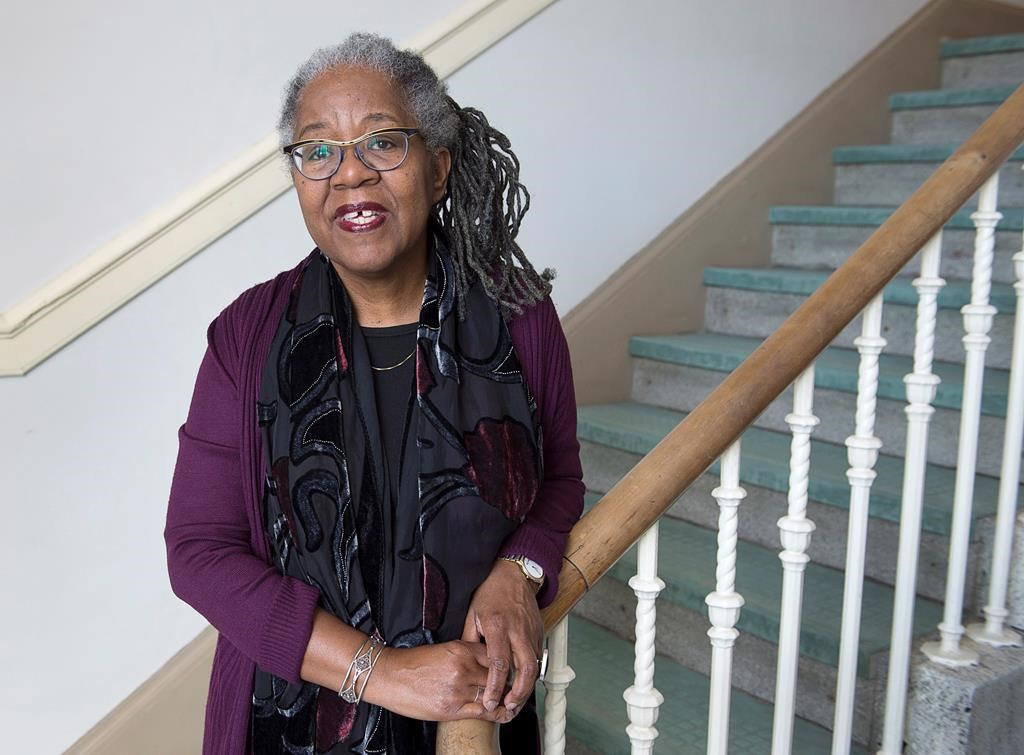 Sylvia Hamilton, a filmmaker and professor at the University of King's College in Halifax, says the "Book of Negroes" provides a tangible record of immigrants whose past might otherwise be forgotten. Photo by The Canadian Press
Previous story

The image on the computer screen looks innocent enough: A ledger showing a list of names, ages and descriptions of physical stature — all of it written in a precise script that hasn't been practised in more than two centuries.

But a closer examination of the "Book of Negroes" online reveals a time when black people were — legally speaking — nothing more than property.

The book was compiled in New York between April and November of 1783 at the conclusion of the American Revolutionary War. It is a record of the 3,000 black refugees — all of whom sided with the British during the war — who were loaded on ships bound for Nova Scotia, then a British colony.

And with each black loyalist's name, their status as a current or former slave is also cited with cold detachment:

"Property of Thomas Prichard, (and) a refugee from Philadelphia."

"(Belonged) to P.G. Brook Livingston, who gave her freedom."

The register, now kept at the National Archives in London, is described as the single most important document relating to the immigration of African Americans to Nova Scotia.

"It gives the descendants their identity if their ancestors came on that migration route," said Lois Yorke, director of the Nova Scotia Archives. "It gives them back who they are."

The book's contents, including high-resolution images of each page, have been available online as a searchable database for several years, but the Nova Scotia government recently added most of the data to its open data portal. That means the lists can be downloaded for research or used by developers to create new applications.

Aside from names and ages, all 3,008 records include the name of the vessel boarded, its commander and the ship's eventual destination.

Sylvia Hamilton, a filmmaker and professor at the University of King's College in Halifax, says the "Book of Negroes" — an inspiration for the 2007 Lawrence Hill novel of the same name — provides a tangible record of immigrants whose past might otherwise be forgotten.

"Those names have been read into the record," Hamilton said in an interview. "They are people who cannot be erased ... They were individuals. They were people with agency. They escaped by the thousands — men, women, children. It's a remarkable historical document."

The book also documents the cases of a small number of fugitive slaves like "Betty," who were claimed by their American owners before they could leave New York. The book says the British gave the woman to a Thomas Smith "to be disposed of by him at his pleasure."

One slave owner who appeared in New York to reclaim his property was none other than George Washington, commander in chief of the Continental Army and the first president of the United States. In her book, "Black Loyalists," Halifax author Ruth Holmes Whitehead says Washington failed in his bid to retrieve three slaves, who fled to Nova Scotia under the direction of British commander-in-chief Sir Guy Carleton.

However, the "Book of Negroes" also makes it clear that some on the list were still legally considered slaves when they arrived in Nova Scotia with their white, loyalist owners.

"That's not something that Canadians want to think about," Hamilton said. "They called them 'servants for life.' That gets left out because it doesn't fit the (freedom) narrative."

For slaves who left their owners to side with the British, they were promised freedom in exchange for their loyalty to the Crown, and they were handed certificates of freedom — precious documents when the evacuations took place in New York.

Canadian opera star Measha Brueggergosman, who was born in Fredericton, N.B., knew little of her ancestry before agreeing to take part in some sleuthing in 2007 as part of the CBC program "Who Do You Think You Are."

Brueggergosman, who combined her Gosman family name with her husband's surname, eventually traced her heritage to Nova Scotia through the "Book of Negroes," which includes an entry for a John Gosman.

He is listed with his wife Rose Gosman, 22, and their five-month-old daughter Fanny. Their former owners are listed as landowners in Connecticut and Rhode Island, respectively. Fanny is listed as "born free within British lines." She was the first to be born free of slavery.

The family left New York and eventually arrived in Shelburne, N.S., which was settled in 1783 by United Empire Loyalists. They eventually moved to New Brunswick.

"Seeing your name written in a document like the 'Book of Negroes' represents ... the strength of character, fortitude and the courage required to escape your slave master — on penalty of death," Brueggergosman said in an interview.

"People should not lose sight of movements born out of true oppression, like the black loyalists, the former slaves who fought for their own freedom by claiming it for themselves."

Last month, the opera star released her latest album, "Songs of Freedom," which explores her journey to uncover her family's history — from its origins in Cameroon to slavery in the U.S., and freedom for the past six generations in the Maritimes.

"There is value in understanding the importance of a document like this," she said as she prepared for a performance in Halifax, a stop on her Songs of Freedom Tour.

Brueggergosman said the book should also serve as a reminder that slavery, forced labour and human trafficking are still with us.

"When I saw my name written in the 'Book of Negroes,' I knew that's where it all began for me. But there's a lot of people in this world for which it has not even started."