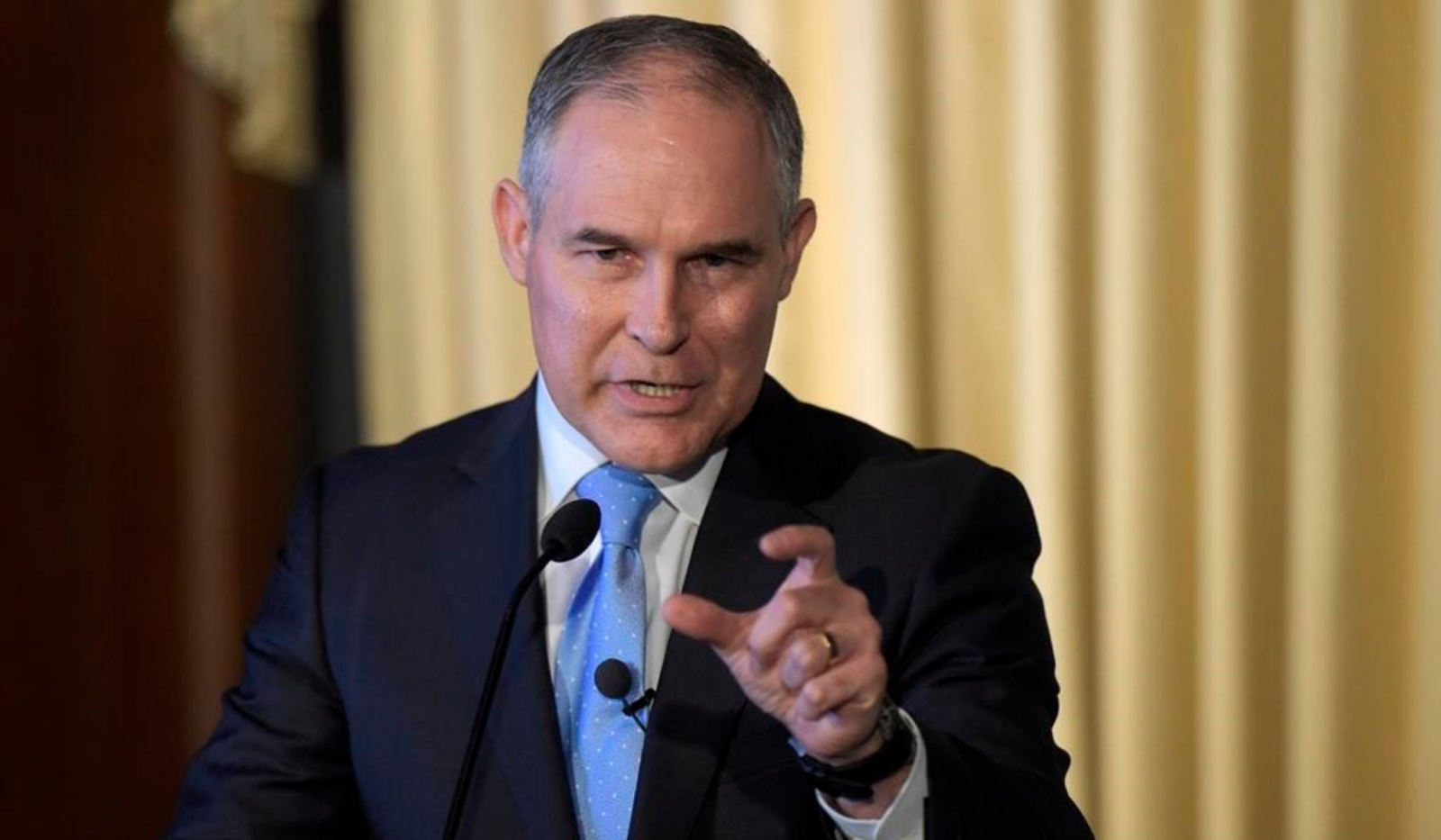 Environmental Protection Agency chief has beliefs about climate change that conflict with the scientific consensus at his own agency. File photo by The Associated Press
Previous story
Next story

The new chief of the Environmental Protection Agency said Thursday he does not believe that carbon dioxide is a primary contributor to global warming, a statement at odds with mainstream scientific consensus and his own agency.

EPA Administrator Scott Pruitt said measuring the effect of human activity on the climate is "very challenging" and that "there’s tremendous disagreement about the degree of impact" of carbon dioxide and other greenhouse gases.

"So, no, I would not agree that (carbon dioxide) is a primary contributor to the global warming that we see," Pruitt told CNBC’s "Squawk Box."

Pruitt’s view is contrary to mainstream climate science, including NASA, the National Oceanic and Atmospheric Administration and the EPA itself.

NASA and NOAA reported in January that earth’s 2016 temperatures were the warmest ever. The planet’s average surface temperature has risen about 2 degrees Fahrenheit since the late 19th century, "a change driven largely by increased carbon dioxide and other human−made emissions into the atmosphere," the agencies said in a joint statement.

The EPA says on its website that "carbon dioxide is the primary greenhouse gas that is contributing to recent climate change." The agency notes that human activities, such as the burning of fossil fuels, "release large amounts of CO2, causing concentrations in the atmosphere to rise."

Kerry Emanuel, professor of atmospheric science at the Massachusetts Institute of Technology, said Thursday that "Scott Pruitt is just plain wrong on this."

Emanuel, co−director of the Lorenz Center at MIT, said the most authoritative compilation of scientific research has shown that increasing carbon dioxide has been the dominant source of global warming, followed by methane and other gases.

Environmental groups and Democrats seized on Pruitt’s comments as evidence he is unfit for the office he holds.

"The arsonist is now in charge of the fire department, and he seems happy to let the climate crisis burn out of control," said Sierra Club executive director Michael Brune.

Pruitt "is spewing corporate polluter talking points rather than fulfilling the EPA’s mission of protecting our air, our water and our communities," Brune said, noting that EPA has a legal responsibility to address carbon pollution.

Sen. Brian Schatz, D−Hawaii, said the comments underscore that Pruitt is a "climate denier" and insisted lawmakers will stand up to him.

"Anyone who denies over a century’s worth of established science and basic facts is unqualified to be the administrator of the EPA," Schatz said in a statement.

Pruitt previously served as Oklahoma attorney general, where he rose to prominence as a leader in co−ordinated efforts by Republican attorneys general to challenge former President Barack Obama’s regulatory agenda. He sued or took part in legal actions against the EPA 14 times.

Pruitt said during his confirmation hearing in January that climate change is real — breaking with President Donald Trump and his own past statements. Pruitt told Democratic senators that he disagreed with Trump’s earlier claims that global warming is a hoax created by the Chinese to harm the economic competitiveness of the United States.

"I do not believe climate change is a hoax," Pruitt said.

The Republican has previously cast doubt on the extensive body of scientific evidence showing that the planet is warming and man−made carbon emissions are to blame. In a 2016 opinion article, Pruitt suggested that the debate over global warming "is far from settled" and he said "scientists continue to disagree about the degree and extent of global warming and its connection to the actions of mankind."

He believes in climate change

He believes in climate change but has no clue about what is causing it. Augurs well for the future.

What next from our neighbours

What next from our neighbours to the south - exaltation of a master race?
The world is flabbergasted by the new American government but are most of the morons who voted for him in hiding?
Will we need a repeat of the Nuremberg trials to root them out and re-educate them with the TRUTH?

A true DEMOCRACY does not support the espousal of hatrid, misinformation and castigation.
What will our world look like after four years of this?

Could you provide the link to

Could you provide the link to that Pruitt opinion piece? Thnx.