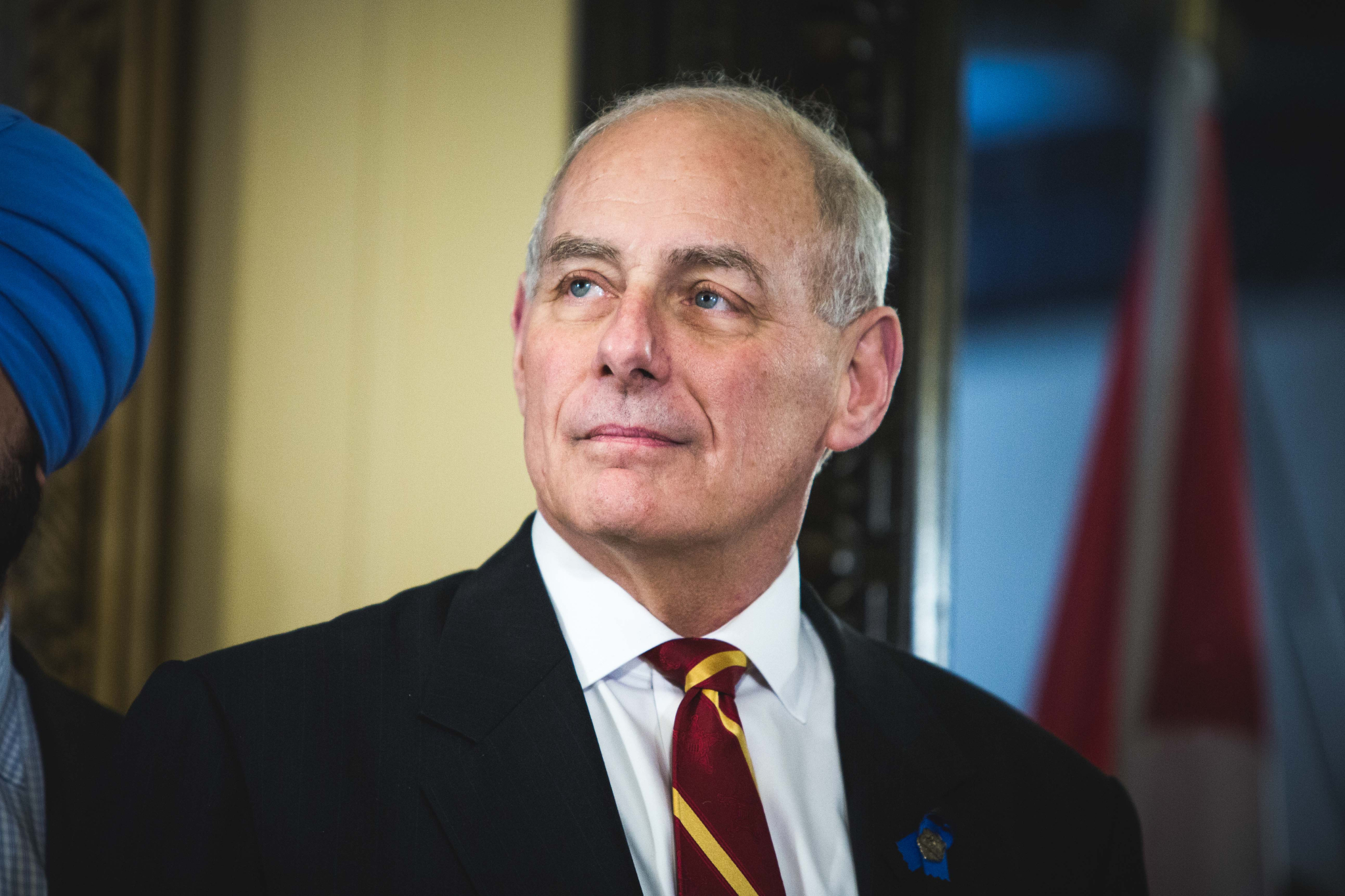 Most of the migrants who recently made the difficult journey across the border into Canada were in the United States legally, making the trend hard to explain, says U.S. Homeland Security Secretary John Kelly.

The majority travelled to the United States with the necessary visas, Kelly said Friday after a meeting in Ottawa with cabinet members including his Canadian counterpart, Public Safety Minister Ralph Goodale.

"Everyone was perplexed," Kelly said in an interview with The Canadian Press.

"Many of them have only been in the United States a few days before they made the trek north, so it's something we're certainly trying to figure out."

Canada and the United States have resolved to gather the "hard facts" about the recent influx of would-be refugees into Canada, Goodale said after the meeting.

"The critical thing is to make sure that we have a complete and detailed picture on both sides of the border about what exactly is happening here," Goodale said.

"This is still relatively early in the process."

Kelly is the first member of President Donald Trump's cabinet to visit Canada, underscoring the importance each country places on continental security and policing issues.

Earlier this week, Goodale said he would use the meeting to press Kelly for information on the risky movement of migrants into Canada in the dead of winter, even during a fierce Prairie blizzard.

On Friday, Goodale made it clear there are still many questions.

"Who are the people who are involved in this migration? Where did their journey begin from?" he said. "How long have they been in or transiting through the United States?"

Migrants have been arriving primarily in three provinces: B.C., Manitoba and Quebec. Two government officials recently told The Canadian Press that many of the Quebec migrants have American visas issued at the U.S. Embassy in Riyadh, Saudi Arabia.

Interviews revealed those visas had been obtained in order to use the U.S. as means of reaching Canada in order to claim asylum, said the officials, speaking on condition of anonymity because they weren't authorized to discuss the issue publicly.

The recent surge of newcomers is just one of several thorny border-related issues.

A revised but largely similar version of the order was introduced this week after the first one ran into judicial roadblocks.

There have also been several recent reports about minorities being turned away at the U.S. border.

The Trump White House wants "as thin a border as we can create," Kelly said in the interview. "I am very comfortable with the level of security on the border."

Kelly said if someone is stopped for additional screening, or they are turned away in rare instances, it may be because their name has turned up on a watch list, or there is a problem with their credentials.

Prime Minister Justin Trudeau said Friday that the Liberal government had been working with the Trump administration "to ensure that Canadians' rights are respected and that we continue to have the smooth flow of goods, services and people back and forth across our border."

At the same time, it is the right of a country to decide who crosses its border, Trudeau added.

Kelly stressed there are terrorists focused on doing damage to the U.S. "That is the Stanley Cup of their world, to get into the United States, to do something and take the greatest amount of lives they can."

Andrew Leslie, parliamentary secretary for foreign affairs, took part in meetings Friday and described Kelly as knowledgeable and co-operative. "His immediate default position is, 'How do we find a solution?'"

Leslie said Kelly is the first of several Trump cabinet members who will visit Canada, though he would not elaborate.

In a letter to cabinet members, including Goodale, privacy commissioner Daniel Therrien said Canada should be added to a list of designated countries under the Judicial Redress Act, passed by the U.S. Congress last year.

Another recent executive order from Trump excluded non-U.S. citizens and lawful permanent residents from the protections of the U.S. Privacy Act when it comes to personally identifiable information.

Therrien said Canadians have expressed concern to his office about that order, which Trump signed in January.

Canadians have some privacy protection in the United States, but that protection is fragile because it relies mainly on administrative agreements that do not have the force of law, he concluded.

Migrant surge into Canada....... let's build a wall and make Trump pay for it>>>

I can only hope that

I can only hope that "perplexed" is just political politeness when describing Mr. Kelly"s stoney faced response to the issue at hand. I find it difficult to believe that he can be as stupid as "perplexed" makes him sound.