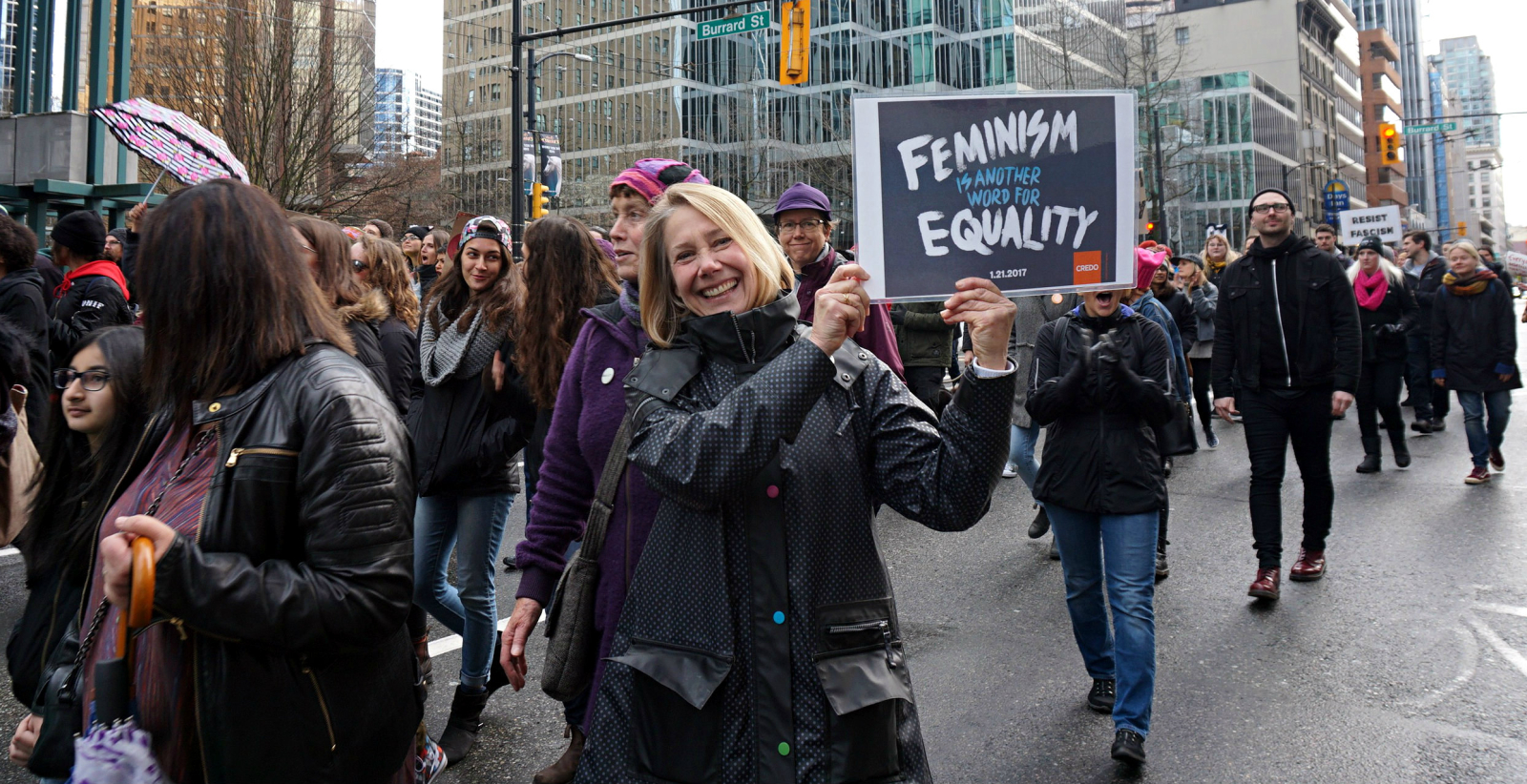 Women protest the inauguration of U.S. President Donald Trump during a march in January 2017 in Vancouver. File photo by Jenny Uechi
Previous story

A newly released memo from Finance Canada says departmental officials regularly examine how proposals from across the government affect women and men in different ways, but suggests they want to keep their conclusions secret.

The document discusses how the federal government would respond to a June 2016 report on gender-based analysis from the House of Commons committee on status of women, which recommended such analysis be mandatory across all departments and agencies.

The memo, obtained by The Canadian Press under the Access to Information Act, indicates the long-standing practice of federal cabinet secrecy would prevent the sharing of analyses.

"While we aim for the highest level of transparency, due to Cabinet confidences there are limits to what central agencies can provide to third parties with respect to reporting on our challenge functions," says the Aug. 30, 2016, memo to Paul Rochon, the deputy minister.

Gender-based analysis is a tool that helps government study how its policies, legislation and program decisions might affect men and women, or boys and girls, in different ways, along with taking age, income, ethnicity and other factors into account.

Canada committed to using gender-based analysis in 1995, as part of ratifying the UN Beijing Declaration and Platform for Action, but the auditor general concluded last year that relatively few departments and agencies were using it, or that they were doing so in an incomplete and inconsistent way.

That is changing. Prime Minister Justin Trudeau is said to have pushed for more rigorous gender-based analysis around the cabinet table. Finance Minister Bill Morneau pledged to put the 2017 federal budget through the same process and publish the results.

The finance department plays a special role in gender-based analysis.

It puts many of its own policies through the process, but it also reviews the gender-based analysis done by other departments on any budget proposals before they can go to Morneau.

Treasury Board and the Privy Council Office, the other two central agencies, perform a similar "challenge function." A template for the new due diligence document that must now be submitted with every memorandum to cabinet shows proposals must include a summary of findings from a gender-based analysis.

This is where the newly declassified memo comes in.

The report from the status of women committee had recommended all three central agencies "produce annual reports on the challenge function they play in promoting the application of (gender-based analysis)." It also recommended they share these reports with a commissioner for gender equality — another recommendation from the report.

This is what the part of the memo regarding the limits of transparency — contained in a heavily redacted section titled "considerations" — was responding to.

New Democrat MP Sheila Malcolmson, vice-chair of the status of women committee, said people need to know what questions the government is asking itself.

"We heard a lot of evidence that there is no transparency on the challenge function and nobody was able to really point to any examples of where legislation or a funding decision had been turned back at the cabinet level because they hadn't done the (gender-based analysis) test," Malcolmson said.

It is especially important for the finance department to find a way to shed more light on their decisions, said Conservative MP Marilyn Gladu, who chairs the committee.

"They are the ones putting money to programs that may adversely affect women if not done well," she said.

There is a sign the finance department is looking for a better way.

The government's official response to the committee report, tabled in the House last October, included this line: "All central agencies will explore ways to better communicate publicly the role and value-added of their challenge function with respect to (gender-based analysis.)"

Jack Aubry, a spokesman for the finance department, referred to this line when asked about the memo, but said he could not give any more details.

Isabella Bakker, a political scientist at York University who has done research on gender budgeting, said the finance department should be able to find some balance. "They could develop some kind of internal measure that would get around the issue of secrecy, but would at least give a broad indication of what they were doing."