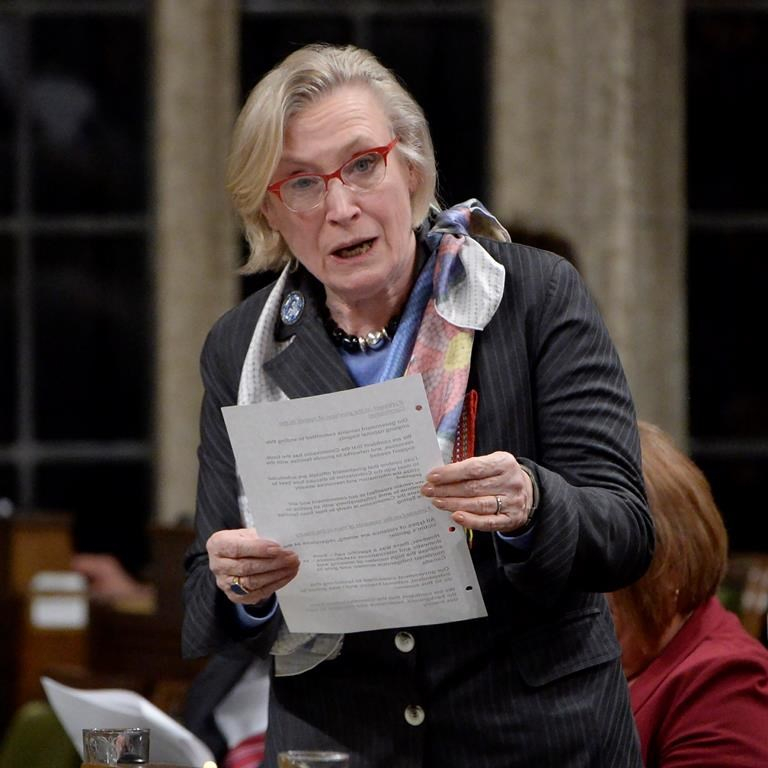 Indigenous and Northern Affairs Minister Carolyn Bennett answers a question during Question Period in the House of Commons in Ottawa, Tuesday, March 21, 2017. File photo by The Canadian Press
Previous story
Next story

Canada's indigenous affairs minister says Manitoba child welfare should move away from rewarding the apprehension of children to focus more on keeping families together.

"If agencies get more money because they've apprehended more children, and the money is going to lawyers to apprehend more children, that isn't where we want the money to go," Carolyn Bennett said Monday after a funding announcement in Winnipeg.

"We want it to go to kids and to keeping families together."

The federal government is giving the Assembly of Manitoba Chiefs $550,000 to consult with First Nations communities across the province on how to reform Child and Family Services.

The system has been under scrutiny for years following several high-profile deaths and assaults, including the killing of 15-year-old Tina Fontaine in 2014 after she ran away from a hotel where she was in government care. The teen's body was found wrapped in a bag in the Red River.

Assembly Grand Chief Derek Nepinak said child welfare in Manitoba is "financially incentivized to apprehend children and keep them maintained away from their family."

"Successful real change ... will be measured by the ability of our agencies to focus their energies on family restoration opposed to child apprehension," he said in a statement.

Cora Morgan, Manitoba's First Nation's children's advocate, said the current system is essentially an extension of residential schools and the '60s Scoop in which indigenous children were taken from their parents and adopted into non-aboriginal households.

The child-welfare funding model needs to change so funding is given directly to communities, she suggested.

"We need preventative services and we need opportunities to deal with trauma and tragedy," Morgan said.

"We need investments in our communities so that if there's a child in need of protection it doesn't necessarily mean that the province of Manitoba is taking responsibility for that child.

"We'll have mechanisms in our own communities that can step in and keep our children in our communities and ensure that they're safe and healthy."

His spokeswoman, Andrea Slobodian, said in an emailed statement that the province is always interested in working with the federal government and First Nations to improve child welfare.

"The number of children in care is unacceptable," she wrote.

The Assembly of Manitoba Chiefs has already held consultations with a number of First Nations leaders, elders and youth. It expects to have visited 20 communities once it finalizes a report by the end of June for the federal government.

Bennett said that report and others from First Nations across the country will be used in provincial discussions on child-welfare reform.

"As we go coast to coast to coast we'll have recommendations ... of common themes that are happening in all the provinces and territories, as well as a firmed-up consensus about prevention dollars going into communities and not into agencies," she said.

"What we want is for families to be empowered to look after the kids."