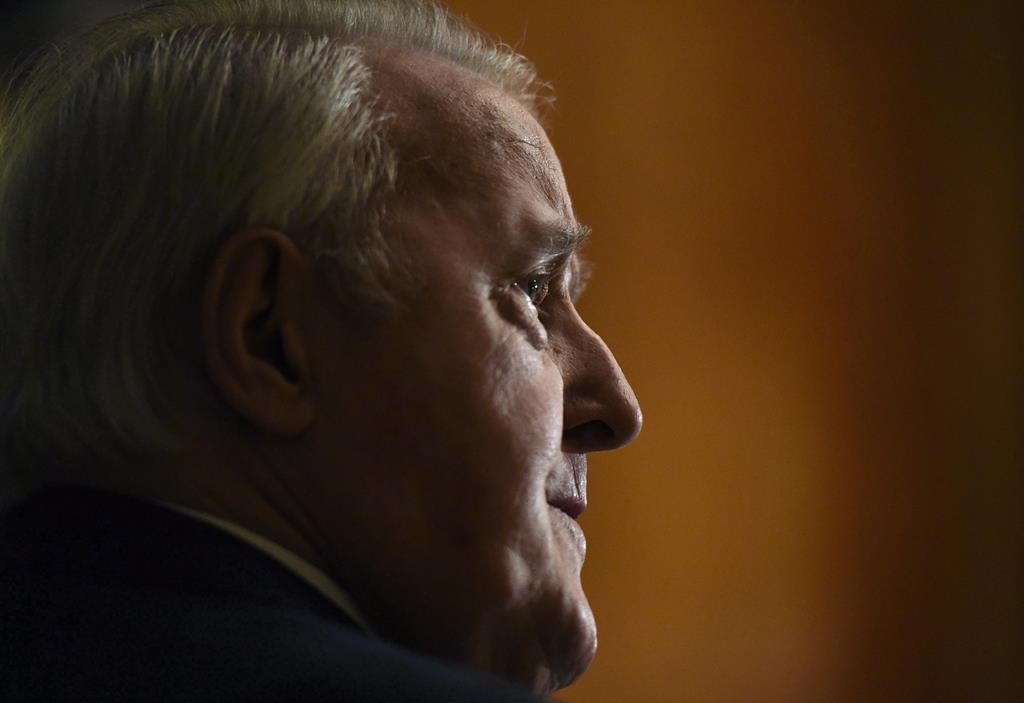 Former prime minister Brian Mulroney looks on during a media availability, before receiving the insignia of Commander of the National Order of the Legion of Honour from the Embassy of France, on Dec. 6, 2016 in Ottawa. File photo by The Canadian Press
Previous story

Former Conservative prime minister Brian Mulroney will be on hand Thursday in Ottawa to brief members of the Trudeau government's cabinet committee on Canada-U.S. relations.

Mulroney, who has been assisting the Trudeau government on the file, is expected to share his perspective on upcoming NAFTA renegotiations.

Under the circumstances, it's important to tap all available resources, International Trade Minister Francois-Philippe Champagne said Wednesday prior to the government's weekly caucus meeting in Ottawa.

"The smart thing to do is to engage any and all Canadians who can contribute to strengthen the relationship that we have with the United States and I look forward to listen to him," Champagne said.

Mulroney's home in Palm Beach, Fla., is nearby both Ross and President Donald Trump, and he has known both men for years.

"As a former prime minister, he had a number of dealings with the United States," Champagne said. "We all know that he's close to President Trump, so obviously any insight that we can get is welcome. This is a whole-of-Canada effort."

Champagne said the government has sought advice from a wide range of sources, including the premiers and the business community.

"We want to have the best insight that we can."

Prime Minister Justin Trudeau, who has commitments in New York, won't be at the meeting with Mulroney, although the two have spoken about U.S. relations in recent months.