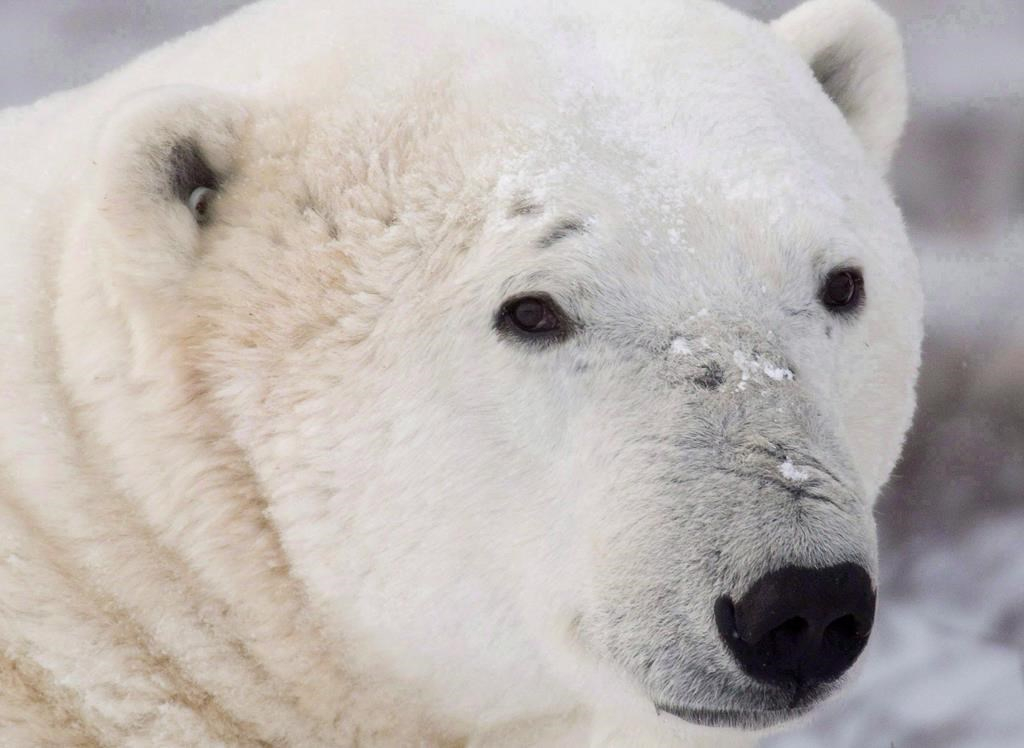 A polar bear sits along the shore of Hudson Bay near Churchill, Man. in a Wednesday, Nov. 7, 2007. File photo by The Canadian Press
Previous story
Next story

Researchers have confirmed what has long been suspected — polar bears rely on their nose and the direction of the wind to hunt seals.

The study tracked Hudson Bay polar bears for 11 years using GPS and satellite imagery before cross-referencing their movements with wind patterns. Ron Togunov, lead author on the study published this month in Scientific Reports, said researchers found polar bears travel crosswind to detect as much as they can through their sense of smell.

That's crucial when bears are trying to find seal dens that are under layers of snow and virtually invisible to the eye.

"If it's moving crosswind, it's constantly encountering new streams of air and constantly learning more and more about what's upwind of it," Togunov said.

"This crosswind movement has been suspected and has only been observed in insects and, more recently, in birds but never for mammals."

Andrew Derocher, co-author of the study and one of Canada's leading polar bear experts, said the bears use the hunting technique most when winds are moving more slowly. They also use it at night when they can't see as clearly.

"So bears rely more heavily on their sense of smell."

Canada is home to two-thirds of the world's polar bears, but experts say climate change could make the Hudson Bay population extinct within a few decades. The population has already dropped to 800 from 1,200.

Polar bears depend on winter hunting to build up enough fat to carry them through the lean summer months on land where food is scarce.

But Arctic waters are freezing up later in the year and thawing much earlier in the spring. That leaves polar bears with less time to bulk up on fatty seal meat while on the ice.

Even when there is available sea ice, climate change is likely to make hunting seals that much more difficult, Togunov said. Climate models predict wind speeds will change throughout the world. In the Arctic, wind is expected to move more quickly.

Since bears can't rely as much on their nose when wind speeds pick up, that spells bad news for the iconic bears.