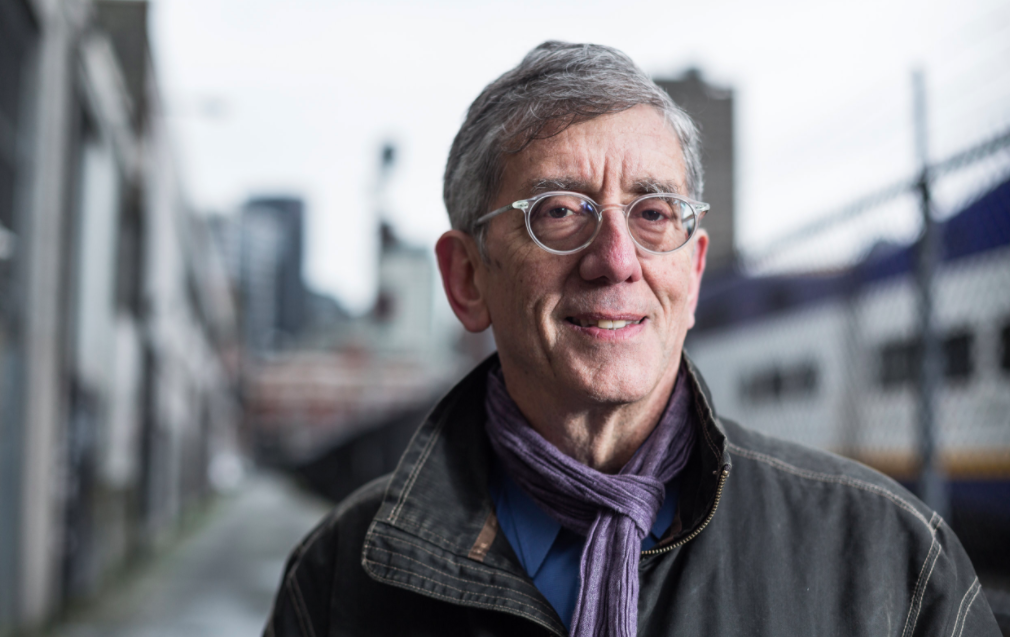 In The Clean Money Revolution: Reinventing Power, Purpose, and Capitalism, Joel Solomon writes about the world of money, finance and investment, calling for reform and reinvention.

As a founding partner and president of Vancouver-based Renewal Partners and chairman of Renewal Funds, Solomon, 62, knows a thing or two about money. The venture capital fund manages $98-million on behalf of 198 investors, looking for ethical investments in organic food companies, skin care organic firms and environmental technologies in Canada and the U.S.

The Clean Money Revolution, written with Vancouver writer and editor Tyee Bridge, is not only about ethical investing - although it contains lots about that subject - it also asks readers to reconsider their relationship to money.

“We’ve kind of turned money into this abstract substance that has become the global religion and the global spirituality on the planet," he said in an interview with National Observer. That disconnect allows people to distance themselves from where their money goes when it’s invested, and how it’s managed.

On the one hand, financial people have a hard time talking about the morals and ethics of money, Solomon contends. “They don’t think about it. They’re not exposed to it. They’re on a train that goes one direction.”

At the other end of the spectrum, social change advocates tend to shy away from money and business and are suspicious of it or don’t understand it, Solomon said.

“Money is the sly foil, the crass seducer. It can lure us further from the sacred into the profane — and lead us into making it a deity or a religion, dominating the meaning and purpose of life.

"An obsession with growing and clinging to money can damage us and those we love. We need self-awareness and spiritual grounding for safe, healthy engagement with that kryptonite-like substance called money," he writes in the book.

Solomon has had plenty of experience on both ends of the spectrum.

As a child of the 1960s, Solomon grew up questioning authority, even while he walked among its leaders. Early on, Solomon campaigned for Senator Al Gore Sr. and later soon-to-be U.S. President Jimmy Carter.

But a diagnosis of a hereditary family disease when he was only 21 led Solomon down new paths. “I explored spirituality and alternative health pursuits of many kinds: the Tibetan Book of the Dead, Jewish mysticism, Zen, macrobiotics, yoga, Ram Dass, Starhawk,” Solomon recalls in his book.

He met Andrew Weil, the doctor, ethnobotanist, and author of The Natural Mind. Dr. Weil counseled Solomon to eat clean food, live life well and be happy. The meeting with Weil changed Solomon’s life, and he began to consider other questions.

If clean food was better for one’s health, then could not clean money be better for the health of the planet, Solomon reasoned.

In the book Solomon argues that “the world of money, finance and investment is ripe for major reform and reinvention. We’re seeing more and more clean food, clean energy, and clean buildings. Now clean money is also on the rise.”

The Clean Money Revolution is full of examples of ethical investing and includes interviews with a number of progressive money managers on the financial strategies they’ve employed in using their dollars to make the world a better place.

And Solomon clearly believes that used properly the accumulated finances of the wealthy could instigate real change in the world. "We can solve anything with money. There's more than enough money in the world to solve all the largest challenges," he said.

Solomon noted that in the future, looking back, North Americans will look short-sighted if all they do is accumulate wealth, invest it, and use it without regard to the long-term, well-being of people.

“We could turn it around,” he said. “We can accomplish a lot of things with human ingenuity. It’s about consciousness, awareness, awakening, choice, leadership and dedication to something bigger than ourselves.”

By way of example, Solomon said when he inherited his first $50,000 in 1983 he invested in an organic yogurt business. At the time no such thing existed. Instead, North American yogurt was essentially a “chemical soup.”

The firm Solomon backed, Stonyfield Yogurt, was eventually snapped up by food giant Group Danone for an estimated $180-million.

It was an early example of what Solomon calls impact investing, which goes another step beyond socially responsible investing in that the money doesn’t just go toward ethical businesses, but actually brings about change in the world.

What was once an obscure practice is now going mainstream as massive money management firms are beginning to adopt impact investing to appease a growing clientele that wants to see their funds put to good use.

Solomon points to Genus Capital in Vancouver, which he calls a “conventional wealth management firm.” Recently, the company created the first fossil-fuel free fund in Canada.

“A huge world is exploding in this area,” Solomon said.

When it comes to investing, Solomon advises asking lots of questions and researching where your money goes.

Do you use a national or international bank where your money leaves the country and is used in computer trading and “financial mechanism you can’t even understand?”

Or, do you put your money in a credit union, where the cash largely stays in the community and might help people with mortgages so that they can own a home?

Solomon said it’s time to “wind down on supporting old industries that cause massive damage to the environment. Help them get a soft landing” in preparation for the coming industries that will be “cleaner, greener and more fair.”

He hopes that the wealthy will read the book, as that’s where awareness needs to be raised. They influence and control so much of the world. Secondly, he wants their children and grandchildren to absorb the book’s lessons, as there’s $50-trillion just in North America that’s going to pass hands just through death and inheritance. “Business and finance are dominating everything. I want to offer them new ways of looking at investment and financial stewardship."

Cycles Toussaint: fast, comfortable, and a bit of bling