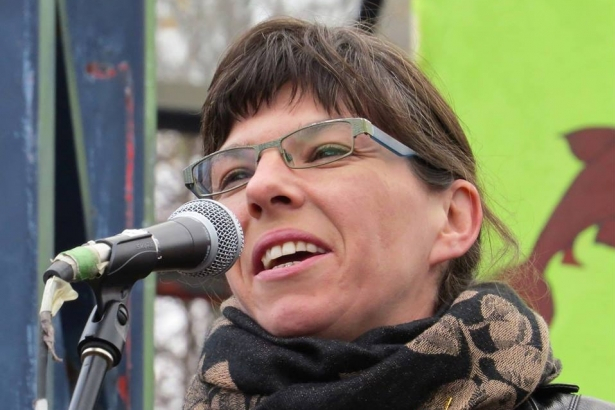 An election-time dustup between the City of Vancouver and the province’s largest natural gas supplier is raising the issue of whether corporate power brokers are steering political policy.

It began with an announcement last week from the BC Liberal Party saying it would repeal “Vancouver’s natural gas ban,” something civic officials say does not exist. The party’s news release and a local MLA also quoted a FortisBC’s projection that an average homeowner would need to spend $1,500 more each year to heat their house under the city’s new rules, something the company’s own publications contradict.

Vancouver Quilchena Liberal MLA Andrew Wilkinson spoke out about the issue at a campaign event on April 29 saying, “it’s essential that Vancouverites be able to keep their costs down.”

But city councillor Andrea Reimer told National Observer that the Liberals and FortisBC are united in promoting disinformation about new green building codes.

“As a resident of British Columbia and somebody who votes, it definitely was surprising to see that level of collusion between a corporation and a political party that close to voting day," said Reimer. “From the City of Vancouver’s perspective what was most surprising was how wrong the information was provided by the BC Liberal Party.”

B.C.’s provincial election is Tuesday, May 9.

“Fortis has certainly misrepresented the policy to the public,” she added. “Fortis has been increasingly, aggressively positioning themselves against energy efficiency standards for buildings in the City of Vancouver.

Vancouver's zero emissions building plan, in effect since May 1, pledges zero green house gas emissions from new buildings by 2030. But the plan does not dictate fuel sources.

What’s important is that the building lowers its greenhouse gas emissions by 50 per cent from current levels.

FortisBC has about 108,000 residential and commercial customers in Vancouver and it’s been fighting the city’s zero emissions building plan since it was introduced last year. It argues that the plan is effectively a ban on natural gas because reducing greenhouse gas emissions by half can’t be reached by changes like better windows and insulation alone — as suggested by the city.

Instead, it predicts builders will turn entirely to low-emission electricity for heat which will result in new neighbourhoods with no gas lines and therefore no choice about power sources. That would also leave communities without access to renewable natural gas from landfills and bio waste which is considered zero emission, said Diana Sorace, FortisBC’s corporate communications advisor, in an emailed response to The National Observer.

“A number of concerned customers and businesses have spoken out about the issue because they want the ability to choose natural gas,” said Sorace.

The company’s suggestions for further consultation have been ignored and the pace of change is too fast, she notes.

The average Canadian household uses 100 gigajoules of energy each year, according to Natural Resources Canada.

While Fortis and the BC Liberals both claim that homeowners would pay $1,500 more per year if they were forced to switch to electric heating, only new developments that are also seeking rezoning from the city are covered under the new rules. A Fortis graphic on how the changes would affect new apartment buildings estimates the cost at $180 per year in higher electricity bills compared to heating with gas.

“It’s hard to understand how making a building more efficient so that it uses less energy would cost more,” she said, adding the new rules will affect at few dozen buildings this year, at most.

The company’s senior manager of municipal and aboriginal affairs, Gord Schoberg, is the financial agent for MLA Mary Polak’s re-election campaign in White Rock, south of Vancouver. Polak has been the province's environment minister since 2013.

Reached by telephone on Sunday, Schoberg said his work with the Liberals is voluntary and all conducted outside of his job. He added that he has supported Polak since she was a school board trustee in the 1990s.

"To construe that Fortis is directing policy, or I am because of my connection with Mary, is utterly ridiculous," he said.

Sorace said Fortis does not endorse any candidates or parties, but staff are free to participate in any political campaign on their own time.

FortisBC is a branch of Fortis Inc., a publicly traded company with headquarters in St. John’s, Nfld., which owns 10 utility operations in 17 locations in Canada, the U.S. and the Caribbean, according to its website.