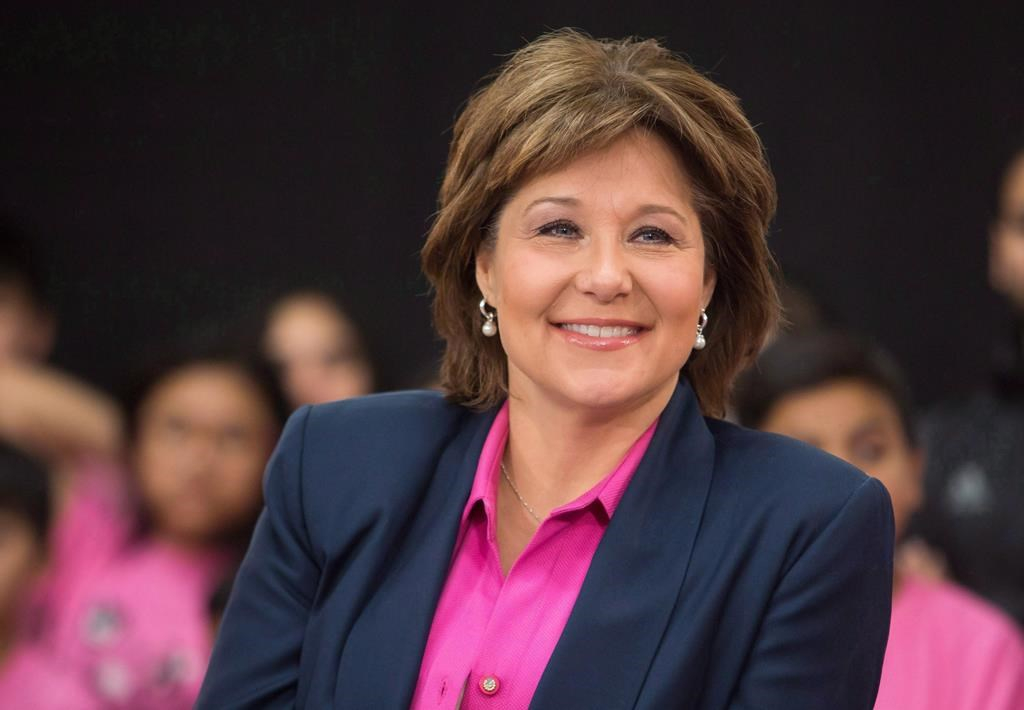 "A beautiful ecosystem of back-scratching." That's how New Democratic Party MLA David Eby describes the relationship between lobbying and communications groups and the provincial government under Premier Christy Clark. As housing critic, Eby regularly comments about the link between political donations and government policy in B.C.

Speaking with National Observer in late April, Eby singled out Pace Group Communications, a Vancouver-based firm that has donated more than $160,000 to the BC Liberals since 2005. The company has come under attack from the BC NDP for assisting the BC Liberal Party with a dinner event a month before the election.

On March 16, NDP leader John Horgan stood up in the House and questioned Premier Clark about a fundraising event in April, which cost $500 for single tickets or $5,000 for a table of 10. Seats with Clark at the "Premier's Circle Table" cost $10,000.

"The Pace Group got $23 million in contracts from the B.C. Liberal Party. They’re now organizing the last great fundraiser for the last days of this Premier’s government," Horgan said.

Premier Clark immediately shot back at Horgan that his party was doing the exact same thing, organizing expensive dinners for costing union and corporate partners $475 to $1,000 per ticket, and allegedly offering more access for $10,000.

But to Eby, the issue isn't so much about dinner events, and more about the relationship between private companies and political parties. He said it creates an impression of quid-pro-quo when companies that are regularly hired to do government work through public funds are involved in organizing partisan events.

"The issue for me is that Pace Group is being paid public funds. And they're hired to do partisan work, partisan fundraisers," Eby said.

"There's a full circle of 'we hired you to do private fundraising, and we're going to hire you to do our public events.' And there's a well documented track record of donations back from Pace back to the BC Liberals."

Eby had previously criticized the hiring of Pace Group by Royal Roads University to do government lobbying in 2015, saying the money paid by students should have been used on education rather than on lobbyists.

Pace Group founder and managing partner Norman Stowe told National Observer in an email on May 3 that political donations have no influence on the company's contracts from the government, and the party has done extensive work for both the BC NDP and the Liberals.

"The work we do for the Province of British Columbia is awarded to us through a competitive bid process," he said. "Also, if you check the public accounts records...you will see that our company did millions of dollars of work for the NDP government when they were in office. We are a professional B.C. communications firm and we have worked for both NDP and BC Liberal governments. Regardless of which party is the government of the day, the Pace Group would expect to submit proposals for appropriate work through the RFP (Requests for Proposals) process."

According to Public Accounts, Pace Group in fact received around $2.45 million in government contracts under the NDP government, including over a million in 2000-2001.

He also clarified that the April fundraiser was a BC Liberal event, which the party produced itself, and his company's role in the event was limited, focused mainly around "some logistical and organizational elements." The BC Liberals did not respond to a question about whether the April fundraiser dinner was paid with public or private funds.

Pace Group is a communications firm whose clients include some of the most recognized organizations in B.C., such as TransLink, Vancouver Aquarium, the First Nations Health Authority, Canucks Place Children's Hospice and City of Surrey.

The company raises awareness for important causes like prostate cancer, and organized a skating event for the Covenant Centre for homeless youth. In the 2005 book Work the Pond! by former Vancouver Board of Trade director Darcy Rezac, Pace Group's Norman Stowe, Oona McKinstry and Trevor Pancoust are praised as "public affairs masters."

Our youth had a great time ice skating recently. Big thanks to the @PaceGroupVan for making this outing possible. pic.twitter.com/UOP7fUVb7R

Thanks to @PaceGroupVan for donating your services for the great BC launch event today for #WearPlaidForDad @ProstateCancerC Excellent work!

Stowe, the company founder, was a campaign manager for BC Liberal MLA Kevin Falcon in 2011, and is described in The Globe and Mail as a "backroom Liberal stalwart." In addition, the company's VP of public affairs, Hector Bremner, ran as a BC Liberal candidate for New Westminster in 2013, and he and his wife Virginia works for the premier as support staff. He's also a former consultant lobbyist for Steelhead LNG. The company has numerous consultant lobbyists, who have previously represented clients including the BC Pharmacy Association, Retirement Concepts and Stantec.

While Pace Group donates money to both BC Liberals and the BC NDP, there's a vast difference in amounts given to each party.

While the company donated $1,875 to the BC NDP between 2012 and 2013, its contributions to the BC Liberal Party totalled well over $160,000. And according to provincial public accounts records, Pace Group received nearly $24 million since 2003 in contracts for different ministries, with fees ranging from $91,094 in 2006-2007 to more than $13 million in 2009-2010. It organized large-scale events such as the 2013 International LNG Conference at the Vancouver Convention Centre, and a restaurant recognition program to promote healthy eating.

Stowe emphasized that "all governments have a public and competitive process for awarding government contracts" and that "like other firms, we respond to publicly posted RFPs which are typically listed on government websites."

He said governments have a "strict and formal process for adjudicating and awarding contracts based on merit, price, and ability to do the work required."

"The work we have done for government for government is the result of a competitive bid process which is both rigorous and public," Stowe said. "This process ensures that the best and most cost-effective proposal is awarded the work."

But Dermod Travis, the director of political watchdog group Integrity BC, said such companies give money and attend (or help organize) fundraisers for political parties precisely because it gives them an advantage.

Travis' recently-released book, May I take Your Order, Please?, tracks how large political donors end up getting billions in government payouts, contracts and projects. He said the current system of B.C. politics was "unhealthy" and "sad," with a wide variety of organizations — even small local governments and credit unions — having to hire lobbyists to donate money to political parties in order to get noticed by powerful members of B.C. government.

Even though the BC NDP also received money from corporate lobby groups, the practice became a major problem in recent years under the BC Liberals under Premier Clark, he wrote.

"It’s that intertwining of lobbyists with a political party’s fundraising apparatus which is troubling, because ultimately both sides risk developing a dependency on keeping the other happy and the money flowing," he warned. "It rarely ends well."

Martyn Brown, a former chief of staff for BC Liberal premier Gordon Campbell, told The Globe and Mail in March that this was an especially problematic practice in B.C. politics that develops because influential Liberal Party donors "all swim in the same circles."

“It is first and foremost to open doors and establish relationships – and it does work to a degree because it identifies donors – in the party’s eyes – as friends or enemies,” he told the Globe.

Some anonymous lobbyists in the Globe story said it was simply "the cost of doing business" in B.C., even though not everyone was happy about the practice and some wanted to see it end.

The Globe said frequent donors who worked as public-relations professionals and lobbyists gave 19 times on average, and often contributed more than $10,000 under their own names. Stowe gave $19,117 to the party under his own name, and fellow Pace Group partner Oona McKinstry has given $4,683, though only before 2011 and sometimes contributing as little as $10.

Although Stowe asserts that the process for winning B.C. government contracts is always public and open to fair competition, the public perception in B.C. is that donors get a winning edge.

An Angus Reid poll released in March found that three in four Vancouver residents believed the BC Liberals were interested in helping donors. A paving company told National Observer in March that giving money is a "tool" to improve government communications, and an analysis showed that road-building companies that gave money won more contracts, more often, than non-donors.

While the BC NDP has campaigned on getting rid of big money in B.C. politics and has introduced six bills in the house to ban corporate and union donations, the BC Green Party stopped taking such donations entirely last year to discourage the practice.

"We don't take any (corporate and union) donations...so we can listen to them, but we're not beholden to them," Weaver told National Observer on May 2 in Vancouver. He added he didn't trust that the BC NDP would put an end to this practice.

Blurred lines: who's corporate, and who's a public servant?

In B.C. politics, the "revolving door" of people switching from working in government, then turning around to become lobbyist consultants, is extremely commonplace.

In addition to some of Pace Group's members giving money to or having other connections to the B.C. Government, Maple Leaf Strategies, the company hired to do focus groups for the controversial, taxpayer-funded B.C. Budget 2017 ad that was ultimately removed for being too partisan, is headed by Dimitri Pantazopoulos. Pantazopoulos is a former top official and pollster who helped Premier Christy Clark's campaign. Premier Christy Clark's former press secretary, Sam Oliphant, registered as a lobbyist less than a month after leaving his government post in 2016 (Premier Clark was named one of his lobbying targets).

Gabe Garfinkel used to work for Premier Clark as director of stakeholder and community relations before he quit to become a lobbyist at Fleishman Hillard and work for clients like Chevron. Now, he's looking to work for government once again, as a BC Liberal candidate in Vancouver-Fairview.

"This revolving door creates the threat of regulatory capture," Travis said. "When they're in government, they make sure all the rules will serve their corporate interests when they leave government. Some people will work in government for two years, then they'll cash out and play off their [government] contacts."

He said the problem is that political parties in B.C. are like a "clan" of very close people who "keep showing up in the same files" and donor lists, whether it be for political donations or donating to charities and arts organizations.

He said the excessive closeness between political donors and government was troubling, because the public interests could get lost in the mix.