Ralph Goodale sees a pattern after series of disasters 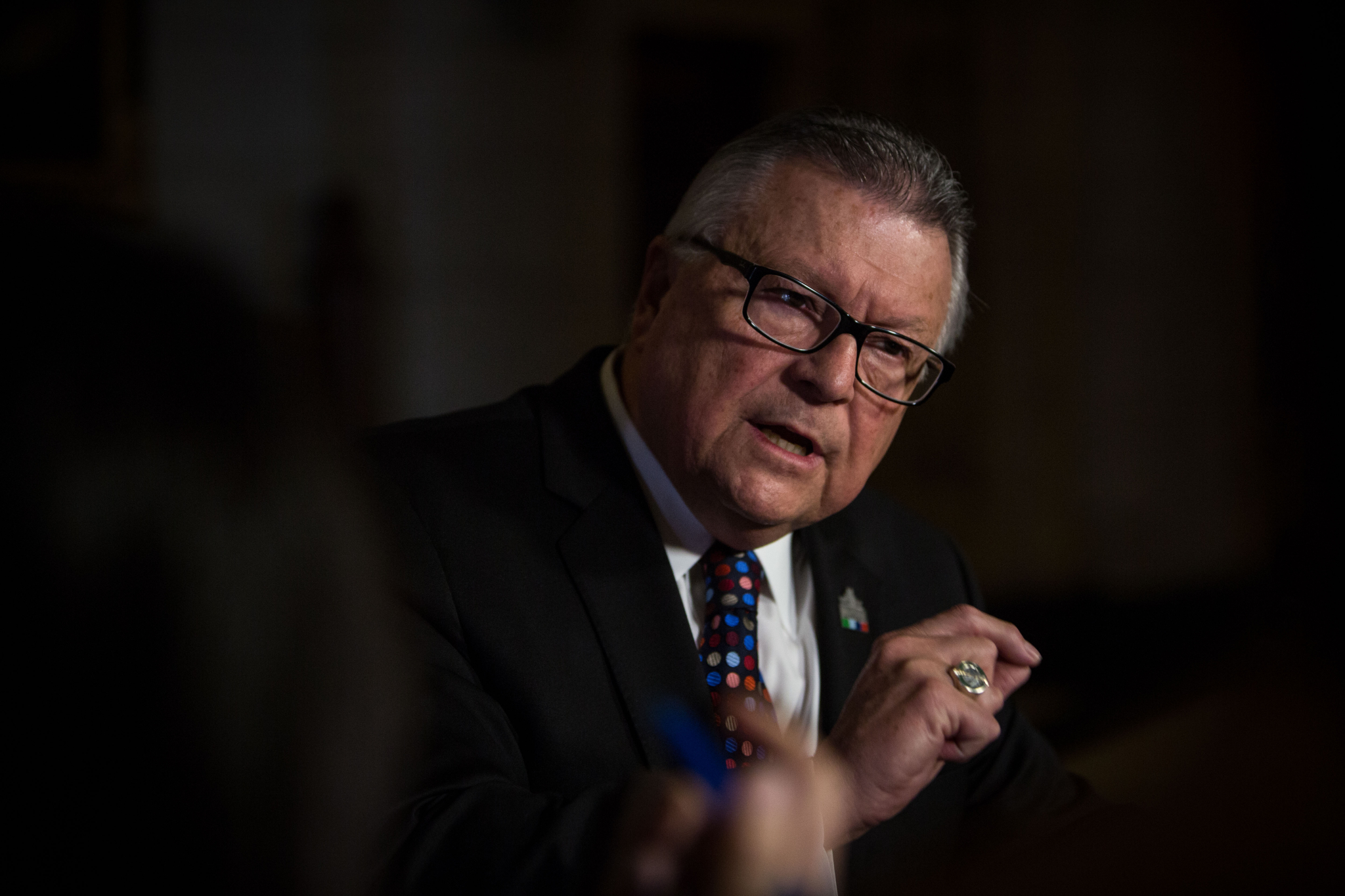 Public Safety Minister Ralph Goodale says Canadians will have to start improving their infrastructure to cope with the accelerating consequences of climate change.

Goodale made the comments in Ottawa Wednesday when providing an update on emergency relief efforts to help thousands of Canadians affected by major flooding. Quebec has been hardest hit with more than 2,000 homes affected in 130 communities.

"This is a large scale disaster," Goodale told reporters, standing alongside Defence Minister Harjit Sajjan and International Trade Minister Philippe Champagne. "We’re still in the emergency response phase at the front end. Recovery will not be quick or easy.

"As the water subsides the human reality of what has happened will increasingly sink in as people experience all the dirty, muddy damages that they have to cope with. We will all need to work closely and carefully together to relieve the human anguish in these circumstances as much as that is humanly possible."

Goodale also said that he anticipated a discussion about how to ensure new infrastructure isn't vulnerable to flooding and other extreme weather-related events at the next meeting he has with his provincial counterparts. As the greenhouse gas effect warms the planet, scientists say floods, droughts, mudslides and other extreme weather events are expected to occur more often, and with greater ferocity.

"I think there will be an appetite to actually grasp this because the pace at which these issues are arising is clearly accelerating, one of the consequences, we believe, of the phenomenon of climate change," Goodale said.

The public safety minister then rattled off many of the weather-related Canadian disasters in recent years, including last winter's ice storm in New Brunswick, flooding in Cape Breton last fall, the Fort McMurray wildfire of 2016 and a wildfire in northern Saskatchewan from 2015 that caused massive evacuations.

"The year before that it was flooding across southern Saskatchewan and into Manitoba, damaging communities like Brandon for example," said Goodale. "Before that it was that massive inundation around Calgary and High River that was the most expensive flood in Canadian history, all of that since 2013. There’s a pattern here and it behooves us all to take this seriously."

"The frigate HMCS Montreal has been deployed to assist with the relief efforts as required. The ship is expected to arrive in Montreal tomorrow and a crew of 60 to 80 personnel from the ship will assist in flood relief operations in Trois Rivières and Montreal," Sajjan said.

"Otherwise our troops continue working in a variety of different roles including filling sandbags to protect critical infrastructure, using military vehicles to help maintain the flow of traffic on main roads and reinforcing dykes and walls around critical infrastructure. We are pleased to hear that the flood waters have started receding but we are committing to maintaining the military assistance until we determine it needs to be pulled out."