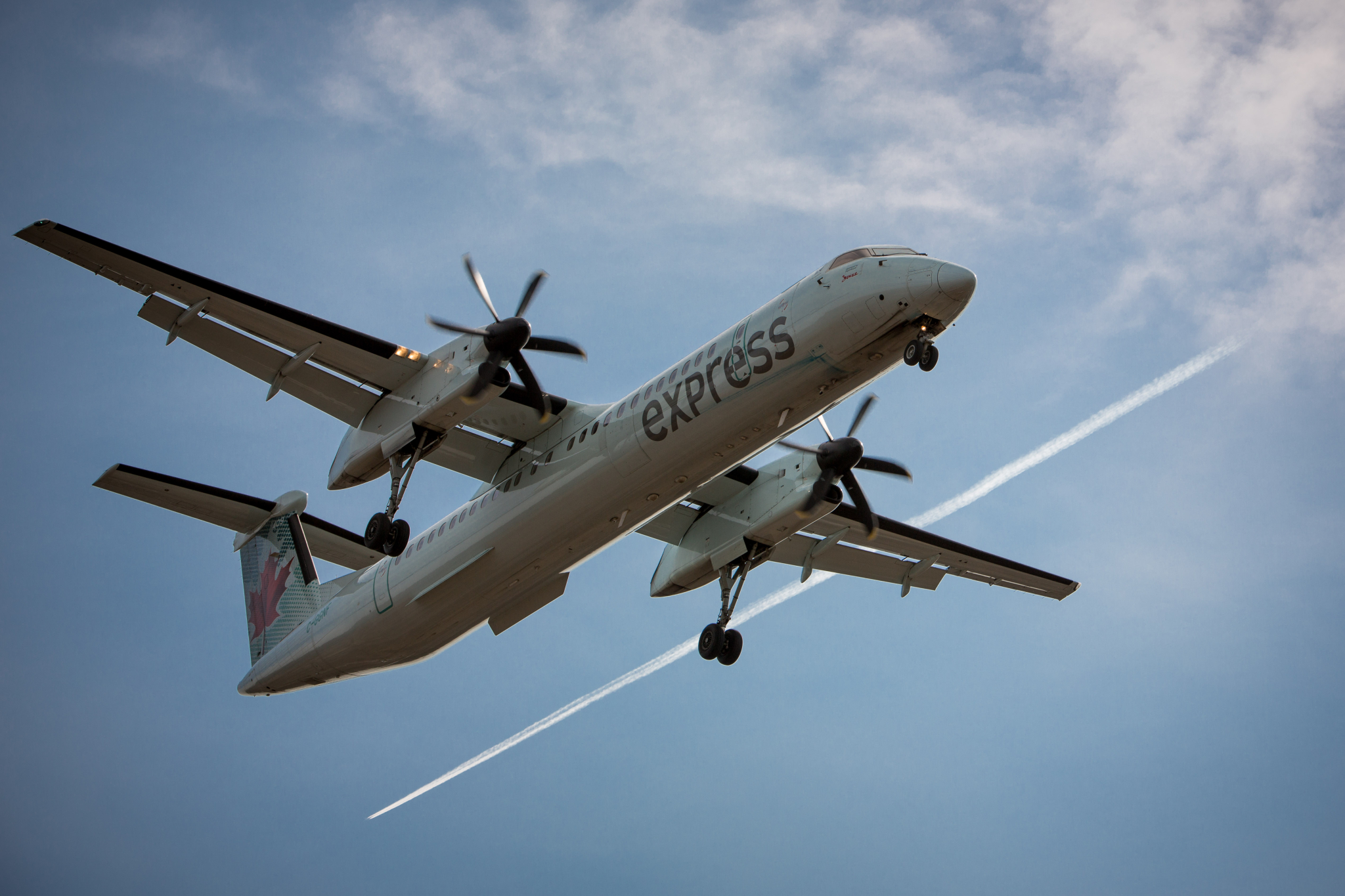 The federal government's research on privatizing Canada's major airports appears to be missing something important.

Transport Minister Marc Garneau's federal department has been reviewing this possibility for the past year.

Some have raised concerns about increased consumer costs and weaker national security. But his department has had little to say about the potential impact on global warming.

And some say that proceeding with privatization of airports will make it harder for the federal government to limit the expansion of airports and air travel, which appears necessary to achieve Canada’s commitment in the 2015 Paris climate change agreement to “net-zero emissions” by the second half of the century.

“Once you turn [airports] over to the private sector, there’s a very strong tendency to avoid upsetting those investors by reducing their ability to make money,” says Brian Iler, chair of CommunityAIR, a Toronto-based citizens’ group that advocates closure of the city’s Island Airport. “That seriously constrains the government’s ability to do much.”

Hugh Pouliot, senior communications officer at the Canadian Union of Public Employees, agrees: “In our view, by surrendering public control of airports, we would also be handing over the ability of the public to hold airports accountable to environmental controls and regulations.”

The debate is unfolding as the Trudeau government faces tough questions about plans for a new federal infrastructure bank that critics have warned would insert a dangerous mix of politics and private interests into public infrastructure.

"We are talking about transformative projects that will otherwise not be built," Sohi told CBC Radio's The House.

Aviation only accounts for around 1.5 per cent of global greenhouse gas emissions. But Matthew Paterson, professor of international politics at the University of Manchester and expert in climate change politics, cites a couple of key qualifiers about that.

For one, aviation is the only source of emissions that is still rapidly growing in rich countries; the International Civil Aviation Organization (ICAO) expects it to grow between 300 and 700 per cent by 2050.

Paterson noted that emissions from electricity have effectively stabilized or declined in recent years due to the transition to renewable power. The same goes for most transportation and industrial manufacturing.

But frequent air travel, which is predominantly done by high-income earners, continues to climb, according to US figures.There’s also a complicating factor called the “multiplier effect.” In short, emissions from high-flying aircraft — which include carbon dioxide, water vapour, nitrogen oxides, volatile organic compounds and black carbon — have a different chemical impact than if they were released lower in the troposphere. A 2005 study by Oxford University assumed a multiplier effect of between two and four times, meaning that airline emissions could be higher than generally calculated.

Piers Forster, professor of physical climate change and director of the Priestley International Centre for Climate at the University of Leeds, said in an interview that flying above 30,000 feet has unique effects on contrail formation, ice clouds and the impacts of nitrogen oxides on ozone.

“As more polar routes open up and aircraft fly higher and higher, [airplanes] are spending more and more time in the stratosphere where pollutants last longer and they have a bigger impact on ozone levels,” Forster says.

Paterson added that there is no realistic technological fix to replace the need for massive amounts of jet fuel. The alternative of biofuels would require a miraculous discovery of “a couple of other planets” with enough plant matter. Forster said that biofuels offer “some options for reducing the CO2 footprint of aviation, but is very hard to envision a future where CO2 emissions from aviation do not rise.”

In March, BBC reported that startup Wright Electric plans to commercialize an electric-powered jet for a London-to-Paris flight in the next decade. It was noted the company is "relying heavily on innovation in battery techology."

“If we’re going to work to reduce greenhouse gas emissions, everybody has to pull their weight,” Iler said. “For us to reduce emissions in all other sectors and let airplane emissions continue to grow means we’re all sacrificing for the sake of air travel. That’s somehow wrong.”

He said that when the United Nations Framework Convention on Climate Change was first signed in 1992, there was an informal agreement that aviation and shipping emissions wouldn’t be included. Instead, regulation of sectors would be delegated to civil organization; in the case of aviation, that meant the ICAO, a United Nations agency based in Montreal.

The ICAO was considered to be the best positioned to act, given it already had authority over the sector and because attributing emissions for international aviation is difficult: for instance, if one flies from London to Toronto, are the emissions British or Canadian? And what about the emissions that occur over international airspace, in the middle of the Atlantic Ocean?

But instead of addressing such issues, Paterson said the organization “just sat on it.”

“They refused to do anything,” he said. “Basically, it’s what academics in this field called ‘forum shopping.’ You’ve got multiple international organizations and countries can choose the forum that suit their interest best. That’s sort of what happened with aviation.”

In 2008, the European Union (EU) moved to incorporate international aviation in its emissions trading system. But airlines pressured the EU to withdraw the proposal. In 2013, the EU did indeed rescind its proposal, handing over responsibility to the ICAO to develop a global “market-based mechanism” for implementation in 2021.

Iler of CommunityAIR added that air travel and shipping were also exempted from the Paris Agreement on climate change. It’s something that Forster of the Priestley International Centre for Climate called a “travesty.”

Iler said the ICAO was again delegated to come up with policy, adding that the ICAO is “heavily influenced” by industry and often produces “half-hearted regulations.”

That appears to be the case in Canada as well.

Emissions up 43 per cent

In 2010, the ICAO adopted a resolution that set voluntary goals for emissions from international aviation. They included an annual two-per-cent improvement in fuel efficiency until 2020, along with a stabilization of emissions after 2020.

In June 2012, the Canadian government announced the Action Plan to Reduce Greenhouse Gas Emissions from Aviation, which signed onto those ICAO goals with the caveat that the agreement “does not contain legal obligations of any kind or impose unreasonable expectations on any party, or intend to negatively impact any air carrier’s ability to do business in Canada.”

The aviation industry didn’t meet those targets. A Transport Canada spokesperson wrote in an email that the cumulative improvement in fuel efficiency between 2005 and 2015 was 12.3 per cent, or an average of 1.3 per cent per year. That equates to roughly two-thirds of the target.

Meanwhile, emissions from air travel have continued to skyrocket. Greenhouse gas emissions from Canada's domestic and international aviation operations increased 43 per cent over a decade to 18.1 from 12.6 megatonnes of carbon dioxide equivalent in 2005.

Fuel efficiency has increased in recent years. But so have the total number of flights and overall fuel consumption.

Meanwhile, airline companies and associations have loudly opposed carbon pricing, with WestJet CEO Gregg Saretsky suggesting in July 2016 that such a mechanism could “kill” the airline industry. The Alberta government followed the European Union’s lead when crafting its own carbon pricing framework, omitting flights from outside the province.

An October 2016 ICAO agreement ratified for early adoption by 67 countries, including Canada, requires countries to enforce an emissions offset scheme for international flights starting in 2021, becoming mandatory for all states between 2028 and 2035. The ICAO also adopted a CO2 standard for airplanes, which Transport Canada said is estimated to reduce up to 650 million tonnes of carbon dioxide globally by 2040

However, an explicit reference in the preamble to the Paris Agreement was controversially scrapped at the last minute. The agreement was also criticized for excluding other airline emissions including nitric oxide, nitrogen dioxide, sulfur oxide and soot.

Renown environmental writer George Monbiot quipped in a column for The Guardian that “the meeting at which the deal was done probably caused more emissions than it will save.”

Canada’s major airports were commercialized in the early 1990s, and now operate as self-sustaining non-profit corporations with long-term leases from the federal government. A review by former federal political David Emerson recommended “moving within three years to a share-capital structure for the larger airports, with equity-based financing from large institutional investors.”

The Liberals have not said when they will clarify their plan.

The report of Credit Suisse, the Swiss bank the government hired in September to “provide financial advice” on the matter, is subject to a confidentiality agreement and won’t be made public.

The sell offs would generate a tremendous amount of money for the government: a recent C.D. Howe report pegged potential revenues from selling equity in the country’s eight largest airports at between $7.2 billion and $16.6 billion. As Paterson noted, “that’s a lot of money that could be put into high-quality urban transit.”

Canadian airports are currently more than $13 billion in debt.

“I think the federal government has certainly aligned itself pretty fundamentally with the interests of Bay Street,” Iler concluded. “And Bay Street is heavily invested in aviation.

“There’s a lot at stake here in terms of what they would see as protecting investors. These are thorny issues that they’re going to have to grapple with if they’re serious about dealing with climate change. I don’t sense they’re really serious about it.”

Transport Canada declined to provide any information about the impact of privatization of airports on greenhouse gas emissions.