Public lands, public data. Here's how some provinces are lagging 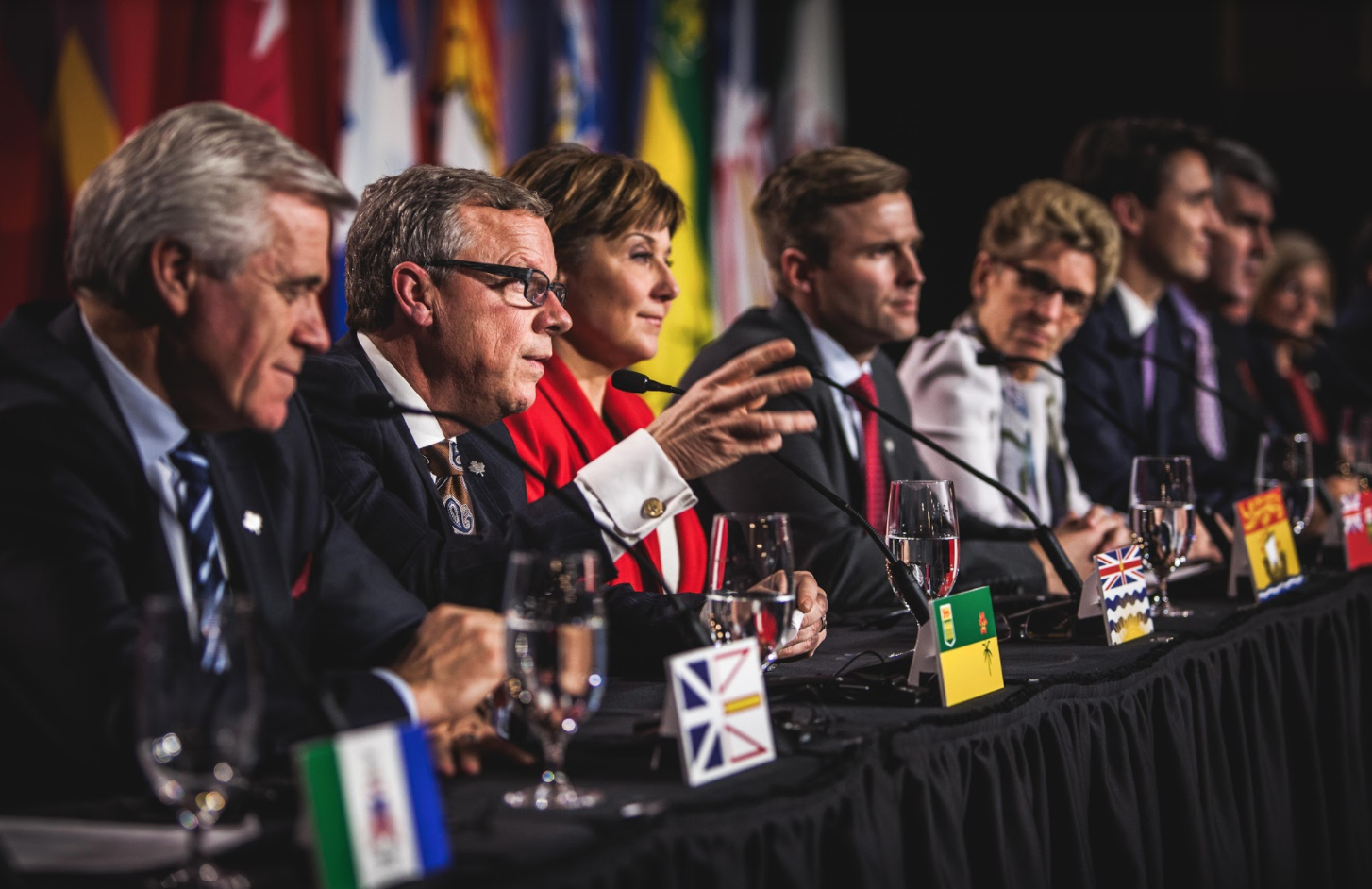 Canadians may have difficulty finding out how governments are allowing industry to explore, alter or remove resources from publicly-owned land, new research has revealed.

Members of Global Forest Watch Canada (GFWC) recently tried to access datasets on government concessions for the forestry, mining, petroleum and natural gas industries across the country, but in a number of cases, that information was not available or accessible.

According to GFWC, an Ottawa-based non-profit that monitors the state of Canada's forests, nearly 90 per cent of surface land in Canada belongs to the public. The organization maintains that the public should able to monitor what happens to that land and how industry is able to access it through government agreements called 'concessions.'

Its May 2017 report details how much data is available on these agreements to industry, and how provincial and territorial commitments to “open government” and “open data” actually line up with how open and accessible the data really is.

While Canada doesn’t receive a failing grade overall, said GFWC executive director Wynet Smith, the report reveals that governments have a long way to go in achieving their transparency commitments.

“I hope it’s not nefarious,” she told National Observer. “It’s not like it’s secret information, so why not make it available in a form that citizens can use to process data, do analysis and find out how much of Canada’s forests are under concession?” 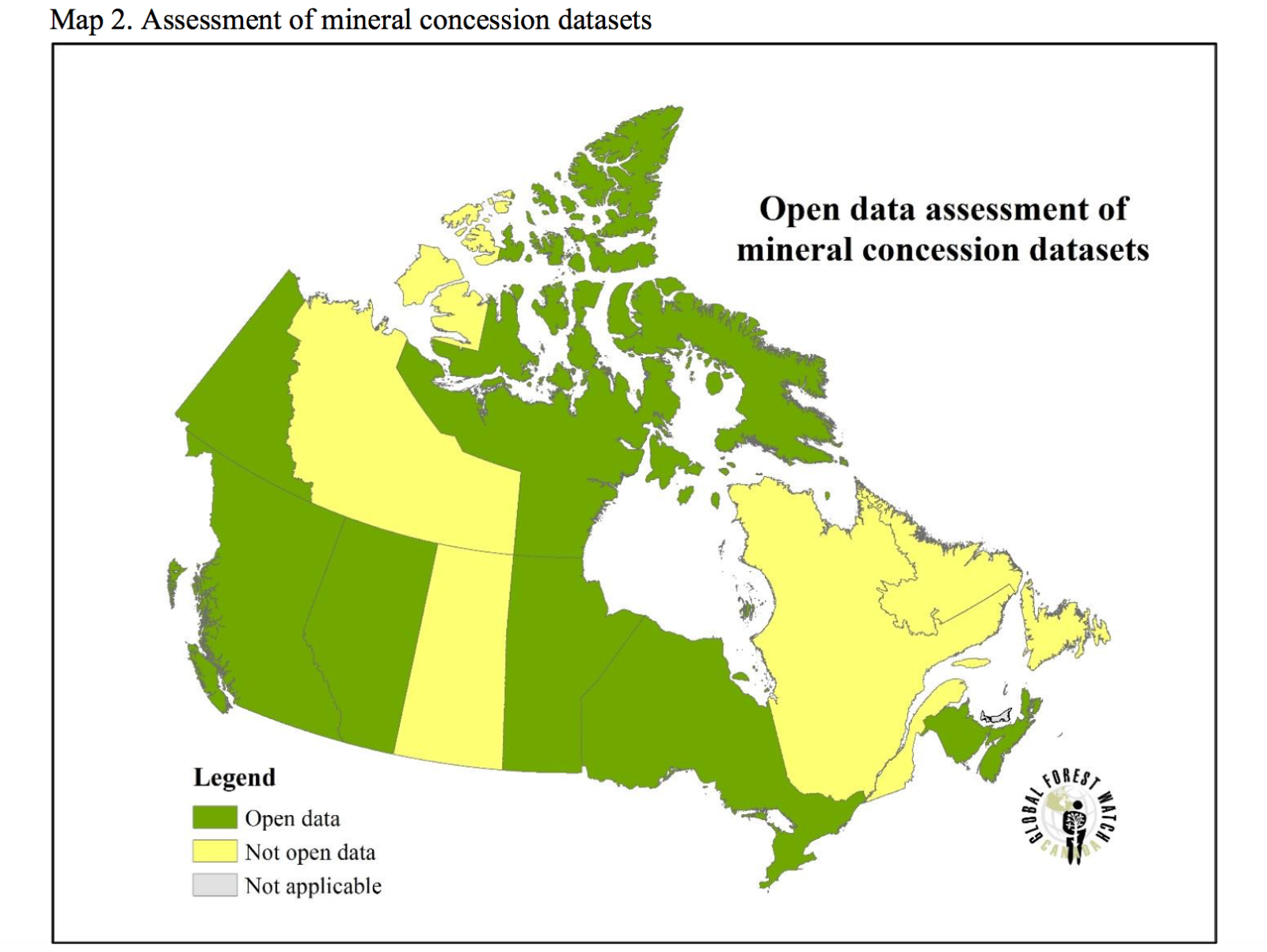 What is open data?

In 2016, the forest watchdog group hit several road blocks to updating its own national geospatial data set, which deals with geographic and location-based information. In a number of cases, licensing restrictions prevented the organization from sharing provincial data, the information wasn’t machine-readable (in a form that an electronic device can read or a computer can process), or the data simply wasn’t available at all.

Eight provinces and territories have formal “open government” programs, GWFC reported, but it’s clear that those programs have not resulted in any pan-Canadian standard for open data. The internationally-accepted definition of ‘open data’ is machine-readable data that can be freely shared, used and built upon without restriction.

Open data on government concessions to industry is important, said Smith, because it can be used to support Indigenous land title cases, help the public monitor corporate activity on their land, and provide an invaluable resource to scientists and civil society groups monitoring species at risk, ecosystem degradation, and more.

In the forestry sector, it found that 11 provinces and territories issue concessions, but only nine datasets could be accessed. Of those nine, only six met the full open data definition. For provinces and territories with mineral exploration concessions, eight out of 12 data sets could be considered open, it said. The remainder fulfilled only part or none of the criteria.

The largest gap was visible in availability of concession data for the petroleum and natural gas (PNG) industry. GFWC found that 12 of 13 provincial and territorial governments issue industry licenses, but only five of the 12 data sets available met the open data criteria.

Every jurisdiction that failed the open data test for the PNG sector — Alberta, British Columbia, Newfoundland and Labrador, the Northwest Territories, Saskatchewan, Ontario, and Quebec — has some a formalized open government commitment.

Asked why Ontario, a clear leader in open data on mining and forestry concessions, imposes licensing restrictions of geospatial datasets for PNG, a provincial spokesperson said it helps protect the commercial value of the products. In an email statement, Jolanta Kowalski, a communications official for Ontario’s Ministry of Natural Resources and Forestry, declined to answer questions about what transparency concerns that exception might create:

“The report suggests the Ontario Government has a good report card for open data. Ontario has over 500 open data sets available through the online data catalogue. The Freehold Disposition data are supported by private industry partnerships and the purpose of the licensing restriction ensures that Ontario does not erode the commercial value of these products.

British Columbia — also an open data leader for mineral and forestry concessions — declined to address its own licensing restrictions on PNG data sets entirely, but said data is updated monthly following each sale of Crown land.

Newfoundland and Labrador, which failed to provide any forestry concession information to GFWC, said it simply didn’t have some of the information requested. It provided partially-open datasets for mineral, petroleum and natural gas concessions, but it too, declined to address questions about the perception of lack of transparency this could create.

“Of the two datasets included in this report, one of these is information we do not have and therefore can’t collect (timber sales agreements),” said Vanessa Colman-Sadd, communications director for Newfoundland’s ministry of fisheries and land resources.

“The other (Crown timber licence) is available by request. In addition, we have no forestry-based geo-database info available in an open format, however, we do supply information upon request… We do have a series of tabular data (stand and stock tables) available on the Government website.”

The Government of Northwest Territories confirmed receipt of National Observer’s media request for this story, but never answered it.

Proposed solutions to the problem

While Smith could only speculate why provinces and territories imposed licensing restrictions on data, she emphasized that overall, the findings were not bad. Many provincial governments have open government commitments and open data commitments, she said, but the problem is that those commitments did not always translate into results.

In areas that were lacking, Smith said it could be that provinces are trying to keep certain data away from the public, or it could be that they simply haven't uploaded it yet and are having some kind of technical trouble.

"There’s a mixed bag," she told National Observer. "Maybe some jurisdictions are just running to catch up...If governments are lagging behind, hopefully there’s incentive for them to do better."

Duff Conacher, co-founder of Democracy Watch, said governments don't have a choice: they must do better. In an email, he said that accessible, easily-searchable online databases on industry concessions should have been set up long ago.

"The public not only has a right to easy access to this information, it has to have it in order to make informed decisions about whether any company should be allowed to continue to use the land the public owns," he explained.

"Canadian governments should be putting part of the license and royalty fees that companies pay to use public land into a fund that citizen watchdog groups can apply to for grants to conduct research, audits and education and advocacy campaigns aimed at ensuring public lands are used properly, and that governments are charging companies enough and holding them accountable to cover the full costs of any damage done to public lands."

GFWC's report makes a number of recommendations for provincial and territorial governments to solve the problem, including adoption of explicit open data licenses for all geospatial concession datasets, development of an action plan for releasing data that is currently unavailable, and collaboration to create pan-Canadian standards for open geospatial datasets on natural resources. ​

By The Canadian Press | News, Energy | February 12th 2016
Reports from the Race to a Safer World