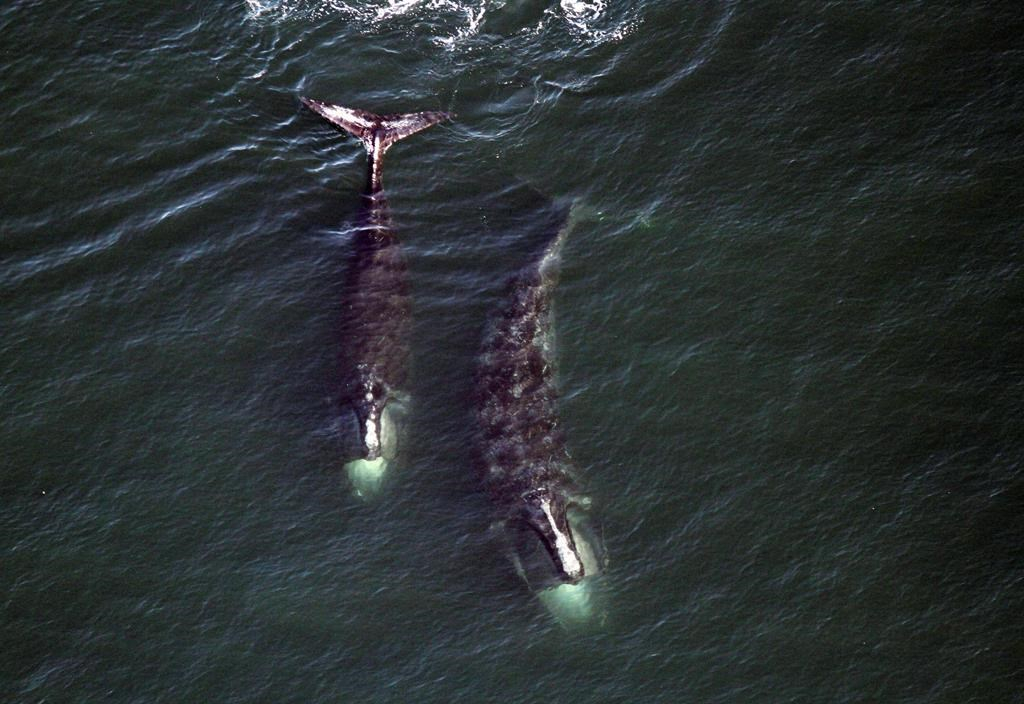 Fisheries officials are trying to figure out what caused the recent deaths of several endangered right whales in the waters off eastern Canada.

The Fisheries Department is raising concern about the deaths of at least five North Atlantic right whales in the Gulf of St. Lawrence.

It says aircraft and Canadian Coast Guard vessels have been dispatched to study the dead whales.

It says one of the carcasses may be towed so officials can conduct a necropsy.

The department says it is working with scientists and other experts to understand what happened to these whales so further deaths can be avoided.

It says the global population of North Atlantic right whales has been pegged at about 500.