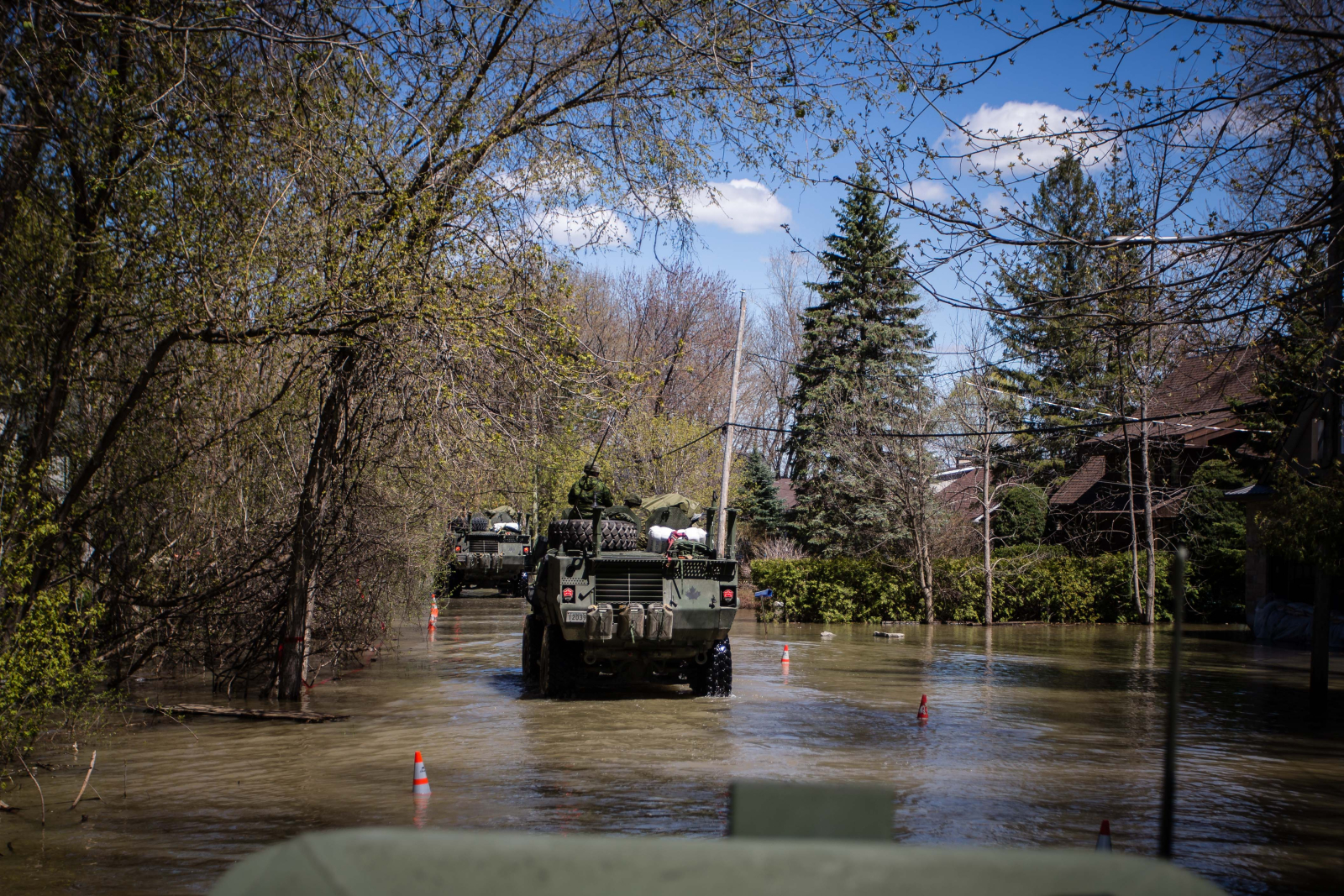 The increasing number and intensity of natural disasters in Canada pushed Ottawa’s bills for federal help to $360 million a year since 2011 — three times what the annual cost was in the previous decade, a recent program review shows.

The numbers clearly suggest a dramatic escalation in the frequency and severity of natural calamities, a theme Prime Minister Justin Trudeau echoed Thursday after embarking on a helicopter tour of flood−ravaged western Quebec.

Since the Disaster Financial Assistance Arrangements program was launched in 1970, it has handed over $4.1 billion to the provinces to help foot the recovery bill in the wake of 240 storms, fires, and spring floods.

Almost half of it — $1.8 billion — was since 2010, says the March report, which does not include figures for at least 17 events that occurred since 2014 because they hadn’t yet been designated as eligible for assistance.

Fully one−fifth of the eligible disasters took place between 2010 and 2014.

Canada will have to get used to climate change−fuelled disasters, and quickly — including by planning buildings and communities to minimize the risk of damage in the first place, Public Safety Minister Ralph Goodale said Thursday.

"The objective should be, rather than expecting to spend so much after the fact cleaning up, we should look for all of those opportunities to invest in mitigation and adaptation before the fact so that the losses will be minimized," he told The Canadian Press.

Rivers and lakes between Gatineau and Montreal are currently at 50−year peak levels, flooding more than 4,100 residences and forcing 3,000 people from their homes. Hundreds more are affected in Ontario communities along the Ottawa River.

"We’re going to have to understand that bracing for a hundred−year storm is maybe going to happen every 10 years now or every few years," Trudeau said after his helicopter tour with Quebec Premier Philippe Couillard.

"That means as we look to rebuild our communities, our homes, our infrastructures, we’re going to have to think about what we can do to rebuild better, to rebuild in ways that are going to be more resistant, more resilient to the unpredictability we are now living."

The Disaster Financial Assistance program, created in 1970, ensures Ottawa pays for up to 90 per cent of the clean up and recovery from eligible natural disasters — and a review of the program last year shows costs have risen dramatically.

The program is working well, the review found, except for the newer mitigation component, which since 2008 has allowed provinces to ask Ottawa for up to 15 per cent of the costs of rebuilding to prevent future damage.

In almost a decade, just one province received any such funding: New Brunswick, which received only $157,397. There are 17 other outstanding mitigation claims waiting for approval, the report says.

Goodale said the issue was discussed at a meeting of emergency preparedness ministers last year and most were scratching their heads about why the uptake has been so poor. He said figuring that out will be a priority at this year’s meeting.

Ottawa also has set aside $2.6 billion in the most recent federal budget for climate−change related infrastructure repairs to prevent future damages, Goodale said. Those funds have yet to be allocated.

How disaster funds are distributed to individuals is one of the grievances of current flood victims, something Couillard acknowledged Thursday. Each province has their own program and Couillard said his government is taking another look at the terms and the limits of its version.

He says $800,000 has already been distributed, with more to come from the province and the Red Cross.

Trudeau says the federal government has contributed $1 million to the Red Cross, and has assistance programs in place to assist flood victims.

Goodale said the government will consider whether to match all donations made to the Red Cross for flood victims, much as it did last year to encourage donations for victims of the Fort McMurray fire.

Ottawa gave the Red Cross $104 million to match donations from Canadians from that disaster.