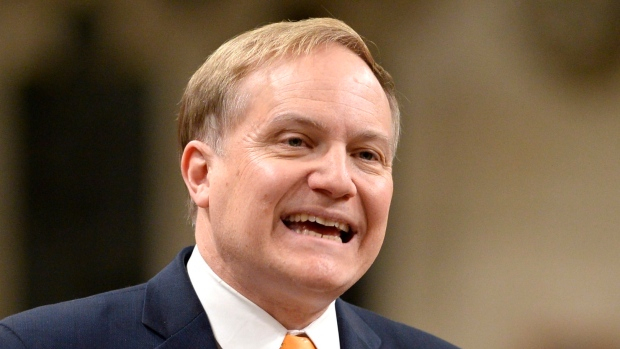 British Columbia MP Peter Julian has withdrawn from the race to replace Tom Mulcair as leader of the federal NDP party, effective Thurs. July 6, 2017. Photo by The Canadian Press
Previous story
Next story

British Columbia NDP MP Peter Julian is dropping out of the race to lead the federal New Democrats.

Julian — the first contender to enter the race — made the announcement at a news conference Thursday in Ottawa. His withdrawal is effective immediately.

"It has been a remarkable journey and I have had thousands of inspiring conversations’’ said Julian in a statement. "Members of our party have a chance to speak out in a variety of ways, including by financially supporting candidates. The fund-raising results have been disappointing for our campaign and I accept the verdict of the membership.

"Four terrific candidates have entered the race since I started it and I know each of them will make a great leader. I wish them all the best of luck. As the leadership race continues, I will be endorsing one of them closer to the ballot date."

The veteran MP was one of five candidates so far to join the race to replace Tom Mulcair at the helm of the party. Other current contenders include MPs Niki Ashton, Charlie Angus, Guy Caron and Ontario legislator Jagmeet Singh.

Julian said he looks forward to refocusing his work on his constituents in the B.C. riding of New Westminster-Burnaby and supporting the next party leader.

The next leadership debate is scheduled to take place in Saskatoon on July 11, followed by events in Victoria and Montreal in August and one in Vancouver in September.

Online voting in the leadership race will begin on September 18 and results will be announced in October after each round of balloting.