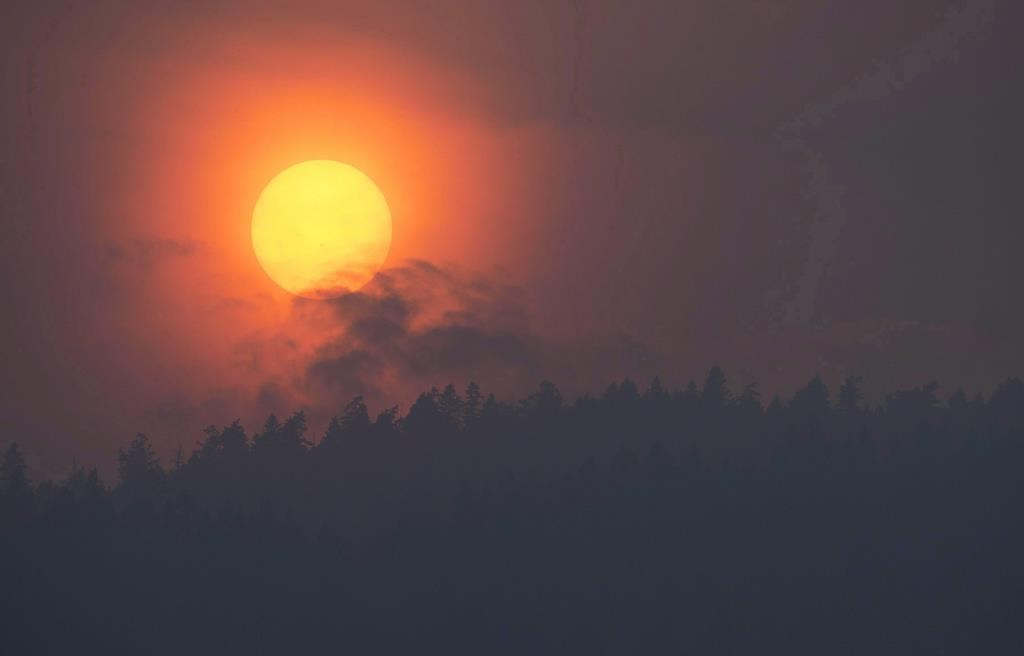 Smoke is seen rising in front of the sun as a wild fire burns near Little Fort, B.C., on July 11, 2017. File photo by The Canadian Press
Previous story
Next story

Environment Canada is encouraging people to keep cool and drink lots of water as British Columbia's south coast braces for a heat wave, while smoke from wildfires has prompted a separate air-quality advisory for Metro Vancouver and the Fraser Valley.

A massive ridge of high pressure over the area is expected to push temperatures in many communities into the mid- to high 30s.

Metro Vancouver, the Fraser Valley, Howe Sound, the Sunshine Coast and south and eastern Vancouver Island are all forecast to feel the burn until at least the middle of the week.

Environment Canada recommends young children, pregnant women, older people and anyone working or exercising in the heat be especially cautious.

The agency is also warning pet owners not to leave their animals inside parked vehicles.

The heat doesn't bode well for the province's wildfire situation, with danger ratings to remain high to extreme across much of southern B.C.

An air-quality advisory has been issued for Metro Vancouver and the Fraser Valley starting Tuesday morning, as smoke from wildfires drifts into the region, bringing high concentrations of fine particulate matter that are expected to last for several days.

The regional district of Metro Vancouver says concentrations may vary widely depending on the weather and fire behaviour.

"Persons with chronic underlying medical conditions should postpone strenuous exercise until the advisory is lifted," the advisory says. "Exposure is particularly a concern for infants, the elderly and those who have diabetes and lung or heart disease."