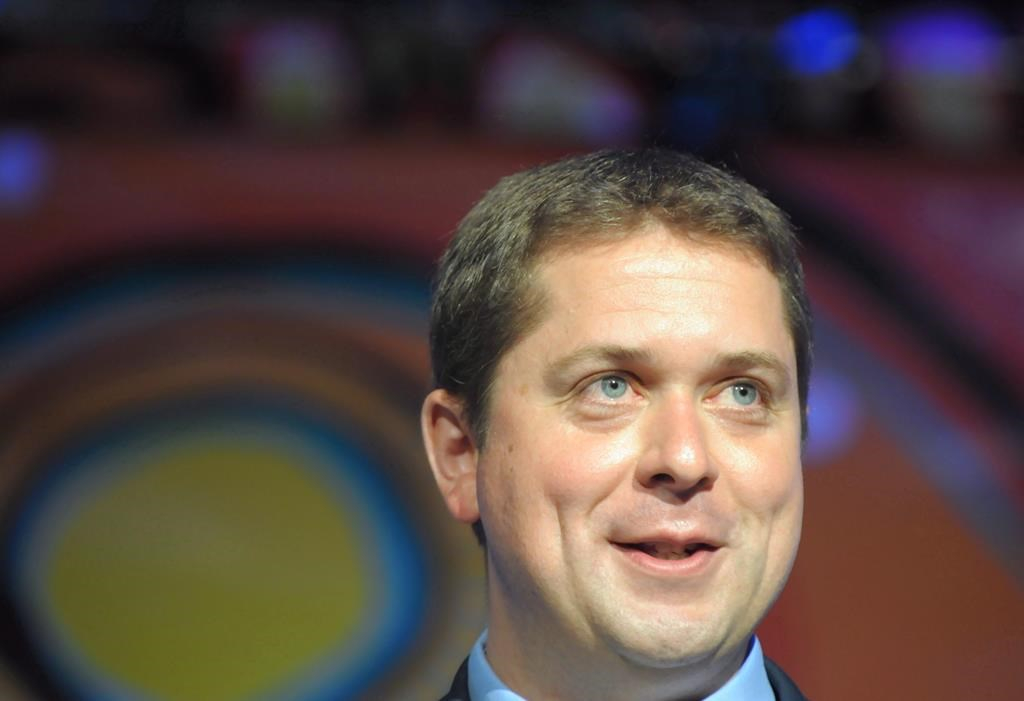 Newly-minted Conservative Party of Canada Leader Andrew Scheer is going full-tilt on the barbecue circuit this summer to introduce himself to Canadians. File photo by The Canadian Press
Previous story
Next story

Rest and relaxation might top the agenda for most Canadians right now but newly-minted Conservative Leader Andrew Scheer is going full-tilt on the barbecue circuit in a bid to introduce himself and boost his party's prospects before 2019.

As part of his summer travels, Scheer spent a chunk of July in New Brunswick, Prince Edward Island, Nova Scotia and Newfoundland and Labrador before moving on to Alberta, Saskatchewan and Quebec.

"A big part of my tour was to introduce myself and make connections with people who maybe weren't following the leadership race but are inclined to support the Conservative party," he said in an interview.

Scheer, who is expected to tour western Canada this month, acknowledged his party will have to cultivate new support if it hopes to head back to 24 Sussex Dr., in addition to holding on to the 98 seats it has today.

Pollster David Coletto said it takes a long time to build up a party's ground game ahead of an election and summer is a critical time for outreach, especially with a new leader.

"One of the interesting things about new Opposition leaders is nobody knows who you are," said Coletto, CEO of Abacus Data.

"If you looked at the candidates who ran for the Conservative leadership, at least in the polling we did, he was probably one of the least well-known candidates in terms of just general name recognition and awareness."

If Scheer wants to win a majority in the next election, Coletto said he'll have to make inroads in Atlantic Canada, where the Liberals made a clean sweep in 2015. And on that score, he said Scheer has a long way to go.

"You look at the polling that's been put out in the last few weeks, ours included, the Liberals are still doing very well in Atlantic Canada," he said.

"The majority of the region would vote Liberal which is pretty much where they were at the last election so Atlantic Canada remains, I think, a fortress for the Liberals."

Scheer, a Saskatchewan MP who took the helm in May after a marathon leadership race sparked by the departure of former prime minister Stephen Harper, said his party is in the midst of beginning a new chapter and rebuilding trust, including with voters who were wooed to the Liberals in the last election.

Conservative MPs are also preparing to hold their annual summer caucus retreat in Winnipeg on Sept. 7 and 8 — a key target area for growth.

"There are several seats in the area that we held for many years and that we lost in the last election," Scheer said. "We want to get some colleagues back and show Manitobans and Winnipeggers that we want to be there, we want to be there to listen to what we need to do better."

He also pointed to the electoral success of the province's Progressive Conservative premier Brian Pallister, a former Conservative MP.

"We want to have the opportunity to make connections with our provincial counterparts there ... and start the groundwork to win some seats back that we should be able to win back in the next election," Scheer said.

For his part, Trudeau has also made a number of stops across the country this summer including at the Canada Games in Winnipeg and at the Calgary Stampede.

Trudeau also held three fundraisers in July — an event in Mississauga, Ont. where tickets cost between $750 and $1,500, a donor appreciation event in Halifax and an event in Surrey, B.C. for $1,000 a person.

Cameron Ahmad, a spokesperson for the prime minister, said Trudeau's summer travels were not conducted specifically with the 2019 election in mind.

"Obviously an Opposition leader would be spending more time targeting certain regions for political reasons, where I would say this wasn't that kind of a tour," he said.

"It wasn't a campaign-style tour where we held rallies or anything. It was ... truly an opportunity to go to communities and meet people."

Trudeau is now expected to move into vacation-mode of his own in British Columbia.