By Clothilde Goujard | News, Energy, Politics | August 18th 2017
#705 of 2006 articles from the Special Report: Reports from the Race to a Safer World 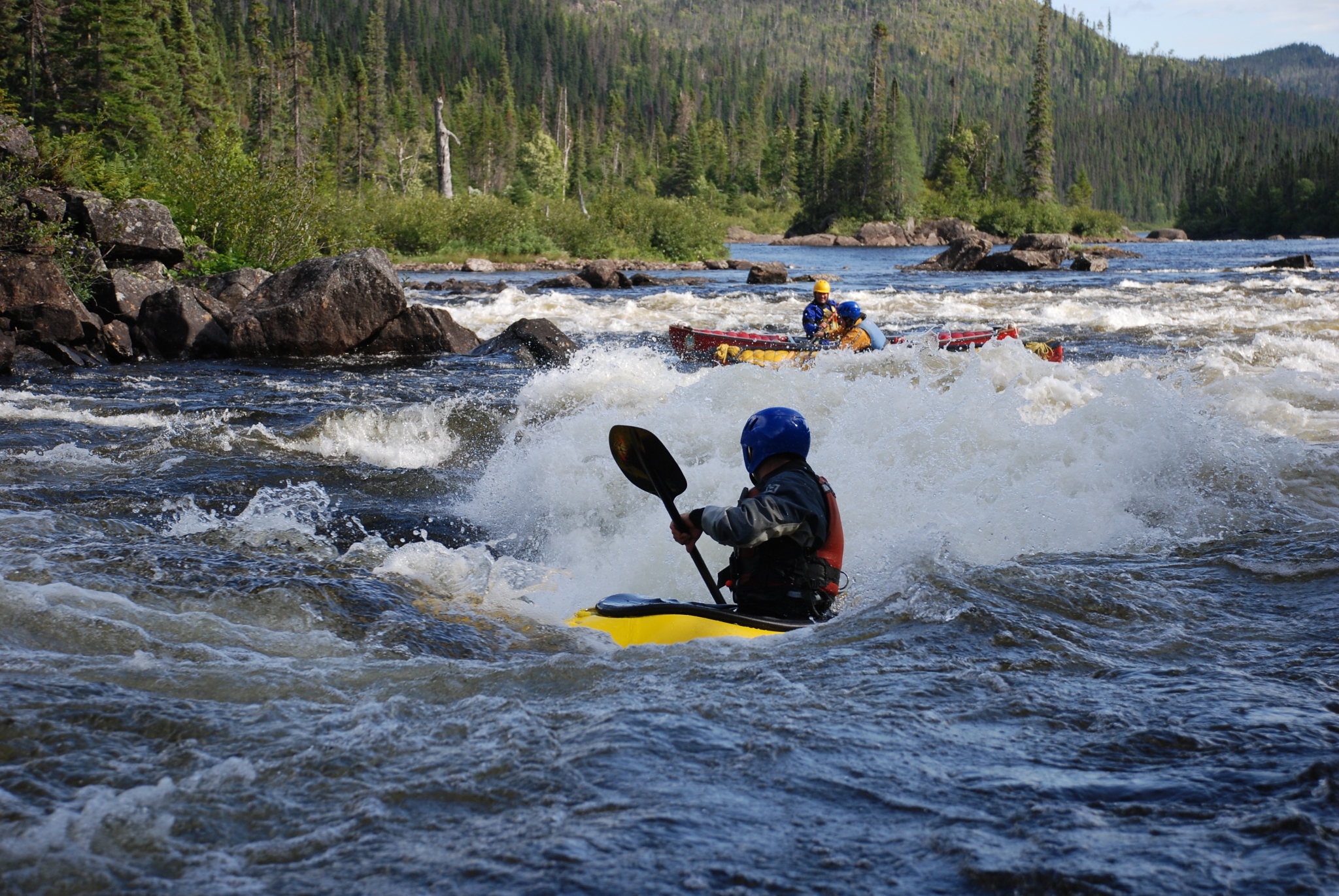 Environmental groups say the province is blocking the creation of protected areas in spaces such as the Magpie River, featured here in a handout photo. Photo by Charles Kavanagh courtesy of CPAWS
Previous story
Next story

The raging waters of the Magpie River in Quebec are famous for their majestic scenery, the hills, the cliffs and the imposing untouched wilderness of the boreal forest.

The adventurous destination is on the north shore of the St. Lawrence River in Eastern Quebec. National Geographic ranks it as the world's second best river for white-water rafting.

But some are worried that a major hydroelectric development could threaten what conservation group CPAWS views as its "wild and imposing landscapes."

They say efforts to protect areas like this in Quebec are often blocked because of misleading claims about economic impacts.

The Quebec chapter of the Canadian Parks and Wilderness Society made the comments after the national organization released its annual report on the state of protected areas in July 2017.

Despite Canada's commitment to protect 17 per cent of land by 2020 under the United Nations Convention on Biological Diversity, the environmental organization notes that Quebec — which has so far protected 9.35 per cent of its landscape — is lagging behind the national average of 10.6 per cent. In comparison, British Columbia has protected 15.3 per cent of its land and Alberta 12.37 per cent.

The provinces that fall farthest behind include Prince Edward Island with 3.05 per cent of protected areas, Saskatchewan with 8.72 per cent and Newfoundland-Labrador with 7.21 per cent.

The UN convention's Strategic Plan for Biodiversity 2011-2020 was signed to implement and monitor countries in their protection of national biodiversity. The UN believes biodiversity is at the heart of a functioning ecosystem which can provide food security, health, clean air and water, and economic development.

Although Quebec accepted Canada's national target and pledged to meet it, the conservation project and political analysis manager for the Quebec chapter of CPAWS, Alice de Swarte, explains that the province's lag is a result of “difficult" relations between government departments and a lack of leadership.

“It is normal to take into account all the interests in designing the land but we are criticizing the fact that (officials) continue to stop projects even when there are no proven economic benefits (of stopping conservation efforts),” de Swarte told National Observer.

The international community adopted a new action plan to meet its targets in 2011. But de Swarte said Quebec has only managed to deliver a one per cent increase in its protected areas since that plan was adopted. She said this is despite extensive work on the ground by local communities as well as by the provincial Environment Department.

Several proposals for protected areas were ready for approval but waiting for a green light from government, de Swarte said.

Hydro-Québec targeted the Magpie River, estimating that it could help generate up to 850 megawatts of power. The provincial crown corporation included this in its strategic plan of energy projects.

But soon after releasing that plan, locals created an activist group, Association Eaux-Vive Minganie, with a mission to create a protected area around the Magpie River.

The Bureau d’audiences publiques sur l’Environment (BAPE), a government organization that holds public hearings to assess the environmental impact of industrial development when mandated by the environment ministry, had previously found a number of reasons why the Hydro-Québec project should not proceed.

Two years later in 2006, the organization took an even stronger stance stating that the Magpie River should be granted special protection to prevent any new hydroelectric development and to preserve its natural environment and potential for tourism.

Yann Troutet of the Association Eaux-Vives Minganie praised Quebec's Environment Department for pursuing efforts to protect the river, but he said that other government actors appeared to be blocking progress arbitrarily.

“Despite the good intentions and serious work done by the Quebec Environment Department, its projects seem to be stopped — and that over the years by the systemic veto of the Energy and Natural Resources Department,” he said in an email.

The Quebec Energy and Natural Resources Department said the hydroelectric projects on the Magpie River were designed to minimize impacts on the proposed protected area's biodiversity.

"The scenarios show the area impacted (by hydroelectric projects) varies between zero and five per cent of the total area of the projected protected area. It is thus inaccurate to claim that the department of Energy and Natural Resource is stopping the creation of a protected area on the watershed of the Magpie River," wrote Sylvain Carrier, the communications director from the Quebec department.

He said protecting areas was the collaborative work of his department, the Environment's and the Forest's departments and required finding a just balance between protecting biodiversity, using the value of natural resources, and the occupation and access to the territory.

Clément Falardeau, a communications officer from the Quebec Department of Sustainable Development, Environment and the Fight against Climate Change, told National Observer in an email that it was working with stakeholders on agreements that would allow the province to meet international targets set by the UN treaty.

To strengthen the network of protected areas in the province, Troutet and CPAWS believe the government should have a global and long-term strategic plan for the development of the province’s natural assets.

However, Troutet says the government is against making and delivering on such a plan.

“Quebec is content with just proposing on a case-by-case basis successive projects of industrial development, a strategy that benefits developers for now and that could lead Quebec to sacrifice the Magpie (River) blindly,” he said.

Three years before the 2020 deadline for achieving the United Nations target to protect 17 per cent of the province's land and water areas, CPAWS is concerned about the situation, but believes it could be resolved through more effective leadership from Quebec Premier Philippe Couillard.

“We think we need a new push and that’s why we are calling on the Quebec premier (to do more) because we think he could play a role to unblock this issue of protected areas by sending a strong signal to all government actors,” said de Swarte.

Couillard's office did not immediately respond to questions from National Observer.

Official Opposition Leader Jean-François Lisée of Parti Québécois said in an interview with Le Journal de Québec that the Quebec chapter of CPAWS “was right to depict — in its last report — Quebec as a dunce in terms of protection of its territory” and that only a new government could help Quebec catch up.

“We have a premier who is walking around pretending to be the green giant but in fact, the laws he’s adopting are not leading Quebec to a more favourable environmental situation,” he added.

On meeting land and water protection target, Canada is below G7 average

At the federal level, Canada is not doing much better with 10.6 per cent of protected areas, and is well behind the 15-per-cent average of other G7 countries.

However, CPAWS is very optimistic that after several years of inaction, the new government is taking steps in the right direction and renewing its focus on protecting nature.

“This network of protected areas will only be achieved through collaboration and the collective action of many communities, partners and stakeholders. That’s why, for the first time in over 25 years, federal, provincial and territorial governments have agreed to work together with local governments and Indigenous peoples on expanding Canada’s protected and conserved areas," Champagne said.

"It is also the first effort to move from a collection of protected areas to a connected network.”